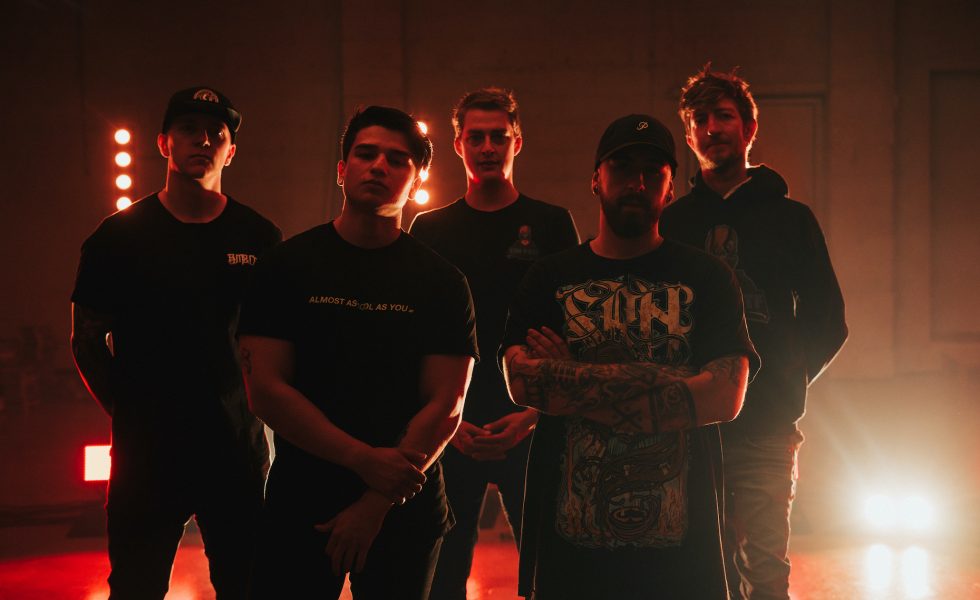 It is pretty uncommon for an unsigned Melbourne band, who up until today have only released singles, to get recognition from Knotfest. In fact, it’s unheard of.

MORE: CLOWNS: Unleash New Single ‘Sarah’ // TIMES OF GRACE: Jesse Leach On How The New Record Captured Him Reconstructing From The Ground Up REVIEWS: THE BRONX: VI // LIL LOTUS: ERRØR BØY // JINJER: Wallflowers // TURNSTILE: Glow On // LOSER: All The Rage

Not for Druid, who have been steadily gaining masses of attention alongside their slew of single releases, with DTHBLW receiving rave reviews after it debuted at Knotfest Online.

And now they have dropped The Beauty In The Decay; an eight track concept album that aims to reinvigorate the nü-metal sound by adding in infinite breakdowns, insanely fast percussion (yes, faster than Slipknot) and dual vocalists with impressive range rarely seen within the genre.

“We wanted it to feel like you were going through a tumbler,” says Chris Mecuri, one half of Druid’s vocal attack. “It’s like you were following the protagonist’s journey throughout the record.

“We felt the music had to match the ferocity of the storyline, because it is a pretty brutal concept; the whole ‘nature vs nurture’ debate and the notion of if we are born evil or become evil.”

Although, whilst The Beauty In The Decay does follow a protagonist throughout the story, the band assured it’s not entirely conclusive, leaving the ending open to the listener to interpret.

“I try not to explain the album too much because I want it to be the listener’s song, so that at any time in their life, that story is still for them” says Chris.

“The story itself is about one man’s heartbreak leading him down a tunnel of decisions that I guess he regrets, or doesn’t regret, I don’t know. I guess that’s why it ends with Exitus, because it’s up to you how this person ends; is it sombre? Is it a weight off the shoulders of society or of the person living through it?”

“We kept it ambiguous for a good reason,” says Jordan Williams, the group’s other vocalist.

I try not to explain the album too much because I want it to be the listener’s song, so that at any time in their life, that story is still for them
[ Chris Mecuri ]

“We didn’t want to make it so concept driven that it was hard to relate to. We wanted to create a dynamic that is story driven, but each song also maintains its own story. So you can take the album at face value of it’s concept or dive into each song and find moments that work in your individual story.”

Delivering the narrative through a variety of methods, The Beauty in Decay sees both Chris and Jordan contorting their vocals between singing, rapping and screaming, with both vocalists taking on all three roles.

“When we are writing parts we can hear what section will work for ourselves. We are more than happy to give anything a shot and if it doesn’t work out the other one tries it,” says Jordan.

“I think it’s always been an easy and balanced process,” agrees Chris, “we are both always happy to try and give new things a go with our vocals. We have got so many textures between us that allows us to be versatile, which is something I’ve always wanted in this band.”

Whilst most of the country remains in harsh lockdowns, many Hysteria readers may not be able to see Druid live for the time being, but with the band assuring some “big things” are planned for the future, as well as stating their dream of “touring with Alpha Wolf,” it seems there may be some pretty exciting announcements to come.

Unfortunately, the band couldn’t confirm any of the “big things” just yet (typical), but here’s hoping it’s a label deal for the lads.

Purchase and stream Druid’s The Beauty In Decay here.