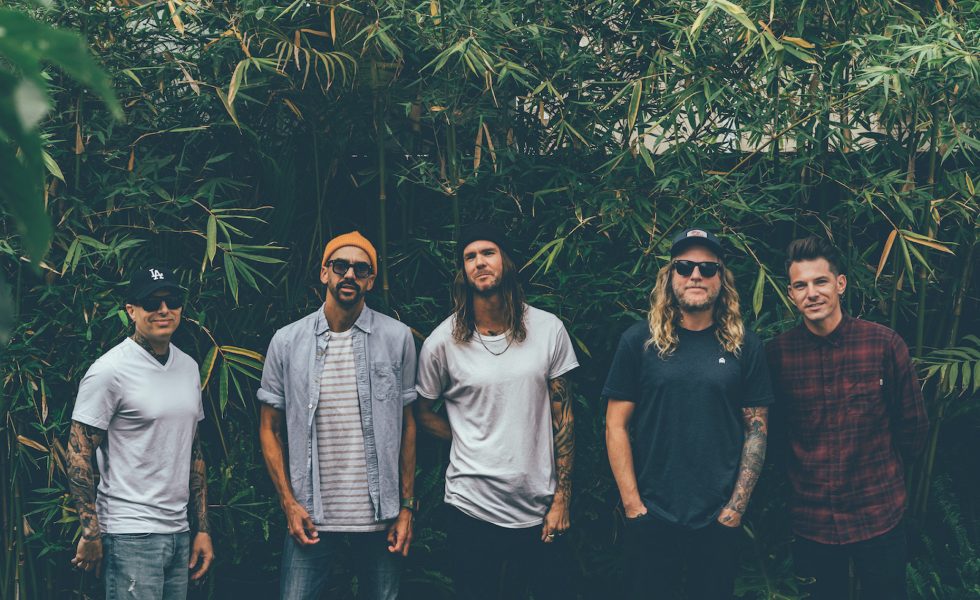 DIRTY HEADS // We’ve Got This Under Control

Midnight Control is the eighth record from Dirty Heads, and it’s seen the Californians do what they do best – a sunshiny blend of reggae, rap and rock.

We were lucky enough to get frontman Jared Watson on the line on release day. We spoke about how the record came together, what inspired it and going viral.

Hysteria: Give us a view of how Midnight Control came together.

Jared: We had done an EP that we were going to call California Islands right before the pandemic hit. We had eight or nine songs to release slowly over the summer. And then the pandemic hit, and the music industry freaked out, and nobody knew what to do. So we sat down saying we don’t know how long it’s going to take for this pandemic to end, so what if we release these songs as singles over the next couple of months and give people some music to listen to? So that ate up half of that. And we had a couple of songs sitting around, and the pandemic got longer and longer. So we decided to write an entire album.

We were already working with our friend Ryan Ogren.We knew we were really close with him and that he got exactly what we were looking for. Being a band for almost 20 years, we know what we want, how to get it, and how to put together a team. Everything came together perfectly, and the culmination of everything is this new album. I think it’s probably the tightest album that we’ve put out. There’s no fat; you can’t really poke holes in it.

Being your eighth album, where did you find your inspiration?

Not to be insensitive to the situation of the pandemic. But we’d been touring for like 17 years straight. I didn’t know that until our manager told us. So, we kind of needed that break. We took a while off and didn’t write any music. I didn’t want to be inspired by anything. I just wanted to enjoy my family and my house and just take time off and recharge. Then halfway through, it just re-lit a fire and changed a lot of perspectives for me, and I got really excited.

I don’t think there was anything I could pinpoint for creative inspiration. A lot of people can say this movie, this other band, or these lyrics. But I need to be in the studio. I might collect cool words or cool sayings or things I hear throughout life. But really, the inspiration for me comes when we start messing around with chords and going through samples. Once I’m in the studio and I start hearing things, the inspiration comes. And it’s usually from inside that room rather than outside.

I think it’s probably the tightest album that we’ve put out. There’s no fat; you can’t really poke holes in it.
[Jared Watson, Dirty Heads]

The band went viral on TikTok recently for the song Vacation. There’s no denying how much the app’s impacted musicians, so how’d that make you feel?

Well, I think there are pros and cons. We were sitting at home, playing video games, doing nothing during the pandemic. And we got a call saying our song went viral. We didn’t plan it; we had nothing to do with that trend. The big pro is it became a global song. It got a lot of eyes on us, like you guys in Australia, and we’re doing more press, and we’re going to try and get down there to tour. It opened up doors that way.

So, you’re gaining new fans. But also, there are less gatekeepers now because of streaming and social media. That song’s four years old, and we tried to go to Radio with it here in the States, and they said no, they didn’t like it. But now they’re playing it. It’s weird that there’s a handful of programme directors in the States and Australia and everywhere else that will tell you what you should be listening to on the radio. And there’s a handful of music executives that are picking the bands and picking the albums. So with streaming and social media, it’s leaving it in the hands of the listener and the fans. What’s good is good, and it will rise to the top. And I think that’s really cool.

We’re a live band. So ticket sales, packed venues, putting on a great show for our fans, and having that special night of music with as many people as possible are really important to us. Sometimes social media and streams don’t translate to that. I would rather sell way more tickets and have a smaller impact on social media.  The label might not love that, but there are bands out there that have ten times the following we have, and they can’t sell out theatres. We have way less, but we’re doing 10,000 people at Red Rocks two nights in a row.

You have to find a balance between what makes you happy and what lane you want to stay in. People gravitated towards our music, and it happened organically. Now labels are forcing their artists to follow trends on TikTok and make songs for it.  I think it’s just got to happen naturally.

For sure. This makes us think of what happened with Halsey and her label recently. They wouldn’t let her release music until it went viral. It’s crazy, but to your point, with TikTok, it makes you think, are people going to gigs for that one song or the band?

Yeah, how much can you connect with a band if the reason you heard them was a 30-second clip on TikTok? If you’re not going to follow them, see them live and if that band’s not touring… Our number one thing is to get in front of actual human beings. Whether concerts start going VR or whatever, live shows will always be really special.

The Halsey thing is funny because I did follow it. It’s so meta. Halsey did a thing where she was complaining about the label forcing her to do TikToks. And then all these other artists started coming out too. And that did really well. So she took a stance, and I don’t know if it was planned or not. But she took a stance, and it was like, Hey, I’m going to tell you guys these dirty little secrets about the industry. This is what’s going on. And it reacted really well. So, her label was probably like, oh my god, it’s amazing that TikTok got so many views.

So then all these other artists started doing that. They started talking shit about their labels and TikTok, hoping they would get more views. Now it’s fake. Now, the trend is to talk about how you hate trends and how your label won’t put the music out unless it’s a trend. So there are pros and cons, and it’s super weird. We just keep writing the music we like, and it seems to be working, so we’ll keep doing that.

What do you want listeners to take away from the album?

I want them to listen to the whole thing. With past albums, I’d be like, here are my three favourite songs. Go listen. But with this album, I think you need to listen to it from front to back. It’s only ten songs. It’s so tight, and I’m super proud of the guys and Ryan.

We wish we could have gotten the album out before tour, but it’s all good. We’re just going to chill now, let it simmer, and see what the fans like. We have festivals and shows for the rest of the year but no more tours. We’ve purposely held a couple of songs from this album that we’ll drop on a deluxe version. That’ll come out at the beginning of next year, right before we start our spring and summer tour.