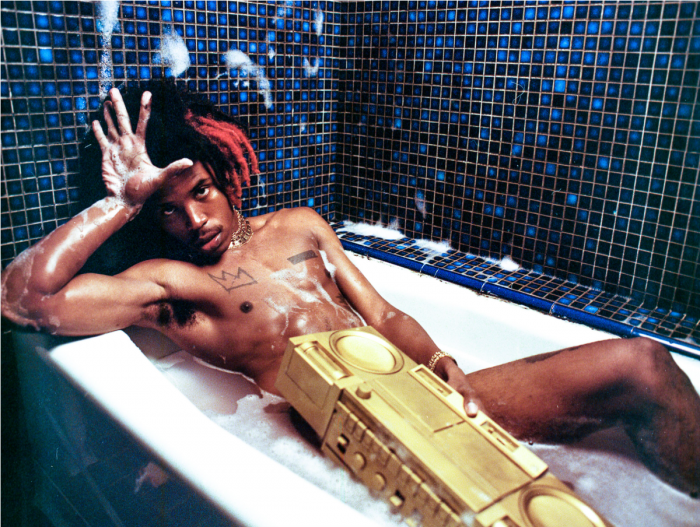 Alternative rock singer/rapper DE’WAYNE has released the new single Radio-Active, a celebration of his own skill and his hard-fought confidence to make his career what he wants it to be.

Radio-Active is a fun slice of rap rock, with guitars, drum machines and synthesizers all being used to emphasise DE’WAYNES delivery and lyrics about his desire for fame and how he does not intend for people to stop him. The production on this song is fantastic, with the stomp of the drum machine being emphasises by multi-tracked vocals and a crowd chant.

“Radio-Active for me is about wanting to knock down that door, breaking through and getting to that place I’ve been dreaming of since I wrote my first song—by any means necessary too,” DE’WAYNE said.

“I’ve been starving for a long time and the opportunities ahead of me are all I need to take care of me and my people. Now I’m on this warpath towards the place I really wanna be.”

Radio-Active was released after the success of his previous single National Album which was released in June, a powerful statement on the state of race relations and police brutality in America that is reminiscent of Kanye West’s Black Skinhead in its heavy punk influenced style. With pounding drums, rock guitars and angry vocals.

You can listen to Radio-Active here.