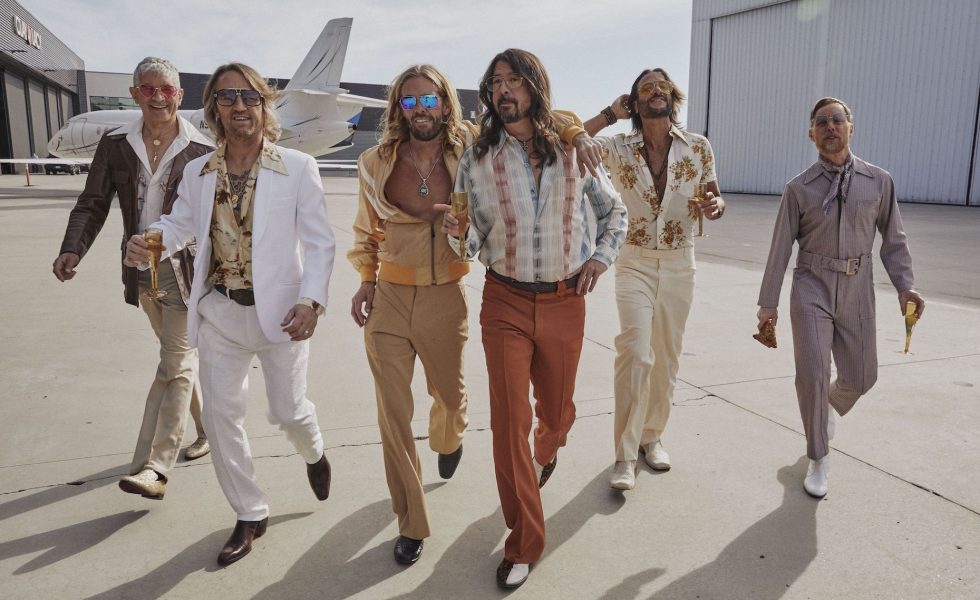 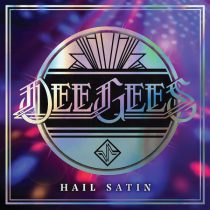 Fooeys previously performed Bee Gees’ You Should Be Dancing for BBC Radio 2 back in February and then also played this cover during their June show at Madison Square Garden.

Have you clocked the accompanying music video for You Should Be Dancing by Dee Gees (a nod to Dave Grohl’s initials) yet? Foo Fighters emanate pure joy as they faithfully recreate this Bee Gees disco classic. A sassy BV trio perfectly complements Grohl’s falsetto–not quite as effortlessly smooth as Bee Gees, but the Gibb brothers are obviously in a class of their own. Taylor Hawkins’ infectious Cheshire Cat grin illustrates just how much he hearts disco and smashing the skins in this genre further demonstrates his rhythmic prowess.

Scheduled for a vinyl release on Record Store Day (17 July), Hail Satin–which was recorded at their own state-of-the-art recording facility, Studio 606–sees the Fooeys expand their Gibb brothers’ appreciation society, on Side A, with four more Bee Gees covers (Night Fever, Tragedy, You Should Be Dancing and More Than A Woman) plus a version of Andy Gibb’s funktastic Shadow Dancing, which spent seven weeks at #1 in the U.S. in 1978. Bee Gees have experienced a resurgence in popularity thanks to their brilliant documentary The Bee Gees: How Can You Mend A Broken Heart (2020), which reminded us just how innovative and influential this band of brothers truly were. Grohl and co. don’t mess with the Bee Gees’ song arrangements too much, because you can’t improve on perfection.

Is Hail Satin an excuse for Foo Fighters to dress up in suave ‘70s attire and get their hair blown out like Farah Fawcett for some groovy press shots? Perhaps. But if Hail Satin makes more people appreciate the magic of Bee Gees, then we’re all for it.

Side B is completely unrelated, capturing live in-studio performances of five songs from Foo Fighters’ last album, Medicine At Midnight, which dropped in February: Waiting On A War’s outro erupts into a whirling dervish of mosh-inciting mayhem and the tempo shifts within standout track No Son Of Mine are exhilarating; these live renditions are way grittier and more explosive than the previous album versions. The record’s second side serves as a reminder that Foo Fighters belong on arena stages, with the band sounding like they’re champing at the bit to perform in front of actual audiences once more. Bring back stadium rock shows already! Is Hail Satin an excuse for Foo Fighters to dress up in suave ‘70s attire and get their hair blown out like Farah Fawcett for some groovy press shots? Perhaps. But if Hail Satin makes more people appreciate the magic of Bee Gees, then we’re all for it.

STANDOUT TRACKS: You Should Be Dancing, Waiting On A War, No Son Of Mine
STICK THIS NEXT TO: Bee Gees, The Gap Band, KISS, Electric Six