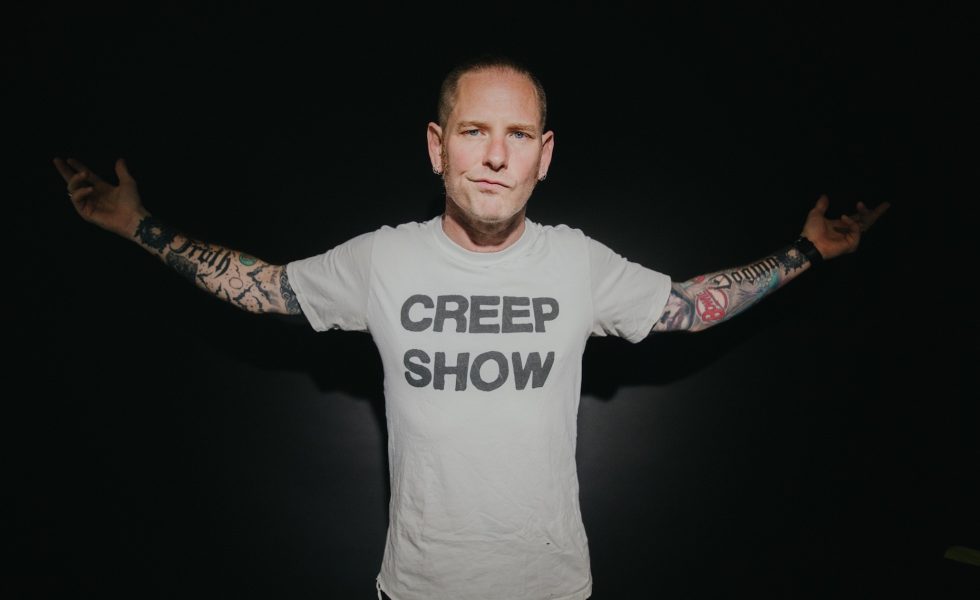 Corey Taylor, Slipknot and Stone Sour vocalist has announced a new solo album alongside release of two singles Black Eyes Blue and CMFT Must Be Stopped.

Corey Taylor, the front man and vocalist for the bands Slipknot and Stone Sour has announced his first solo album CMFT, set to be released on 2nd October, also releasing two singles that couldn’t be more different from each other, the nostalgic acoustic rock of Black Eyes Blue and the hard rocking and funky rap meld CMFT Must Be Stopped.

The lead singles from this solo album show two different aspects of Taylor’s personality. On Black Eyes Blue, a track that is similar musically to Rush front man Geddy Lee’s My Favourite Headache, with a passionate vocal and acoustic instrumentation.

Out of the singles the standout is the massive collab track CMFT Must Be Stopped, which stomps into life with a brilliant drum rhythm and what sounds like the trilling of a flute. As the song continues Cory Taylor shows his inspirations, with a reggae like riffs in the verses and a flow that would not be strange to hear on a Slipknot album. The first of the two features on this song KID BOOKIE brilliantly flows along to this track, aping the delivery on songs like Eminem’s Berserk. The second of the features is the king of the quick delivery, Tech-9, who takes the song to another level.

The rocking renaissance man has not slowed down in the past few years, with Slipknot’s We Are Not Your Kind releasing last year, as well as having a New York best seller under his belt with the release of his novel Seven Deadly Sins in 2011, as well as featuring in Fear Clinic, Doctor Who, Officer Downe, and (I guess it does count as a film) Sharknado 4.

These tracks make up for Sharknado 4 by a lot.