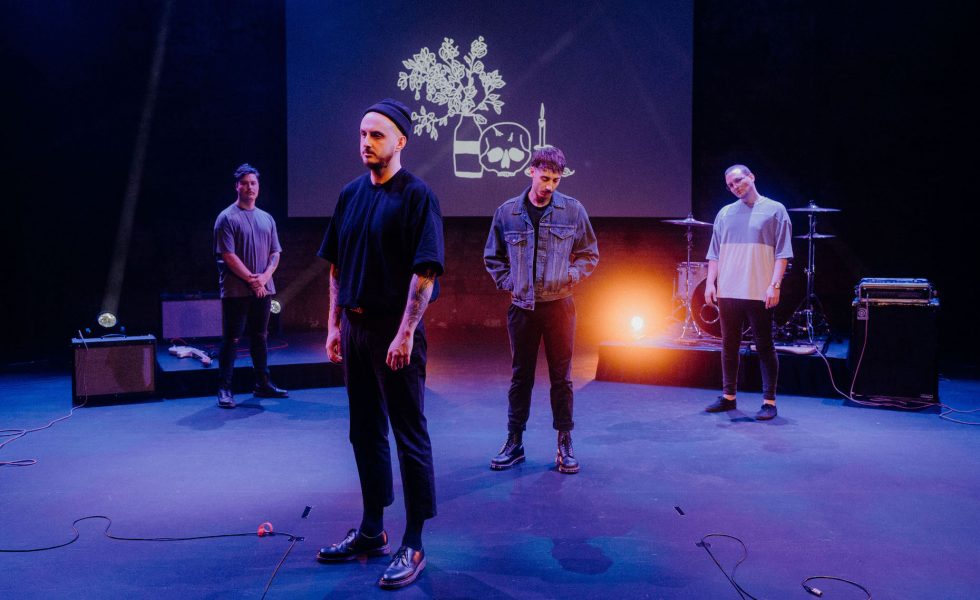 Brisbane’s The Comfort are back in a big way, and they’ve dropped yet another towering slab of alternative rock.

This time it’s the powerful Conformist, lifted off their upcoming album, Experience Everything. Live And Die.

It was produced, mixed and mastered by Jimmy Alexander (Awaken I Am, Slaves, alt.) and was influenced by those who break society’s mould and think outside of the box—exactly the brutally honest yet beautiful lyricism we’ve come to expect from the band.

Vocalist and bassist Dominic Harper says, “Group thinking is rigid and unadaptive. We blindly follow our own indoctrinations from religion, politics or ideology and never question them effectively. This has led to disconnection en masse and polarisation between groups. Unfortunately, it’s very socially expensive to have unique and creative thoughts and ideas and leaves you very lonely.”

Conformist follows on from Love Is A Dying Plant—the first taste of new music from The Comfort in three years. In 2019, the band announced their hiatus and even considered completely throwing in the towel.

“We were over industry, pressure, touring and had completely lost touch with what we loved about being in a band, making music. Rather than completely calling it quits, we decided that in the hiatus, we would write and record a full-length record that we wanted to make, no compromises,” adds Harper.

Experience Everything. Live And Die will drop on November 11 via Greyscale Records.

You can pre-order it here.