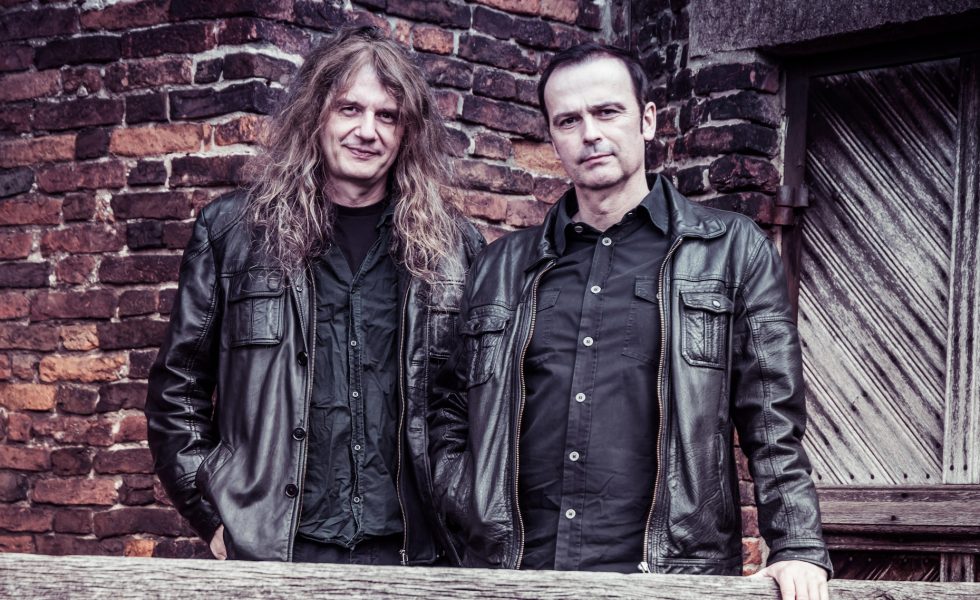 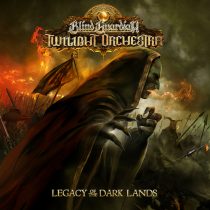 Finally, it is time. Legacy Of The Dark Lands is ready.

This massive project, a fantasy opera twenty-odd years in the making, was conceptualised, nurtured, and ultimately created by legendary German power metal band Blind Guardian’s own André Olbrich and Hansi Kürsch. It is an ambitious and monumental orchestral album, recorded with the dynamic Prague Filmharmonic and designed in collaboration with renowned German fantasy author Markus Heitz as a sequel to his novel Die dunklen Lande [The Dark Lands]. Reviewed here is the audio album. With also an instrumental album, a ‘no interludes’ edition, and audiobook, there’s a version for everyone’s taste but naturally, while each track can potentially stand alone, the most immersive way to comprehend Legacy Of The Dark Lands is as whole, as a musical and literary journey.

The variety and density of each track on Legacy Of The Dark Lands is immense, the emotions evoked are vast, and the textures so pronounced that the story is vividly and convincingly portrayed.

Opening with 1618 Ouverture, the context of the beginning of the Thirty Years’ War is established. From this ominous and bold, swelling and cinematic exposition, the fantasy story unfolds. The brief spoken-word interludes that alternatively punctuate the longer orchestral tracks, number-opera style, segue the narrative seamlessly, such as the recital in character of the second item, The Gathering, which both profound and cryptic, luring the listener into the resounding strains of War Feeds War. Kürsch’s vocal presence throughout Legacy Of The Dark Lands is impressive, in range, timbre, character, and emotion. Moving from lively and cumulus in Dark Cloud’s Rising, to sinister, forceful, and dramatic on In The Underworld, Kürsch showcases his versatility. The variety and density of each track on Legacy Of The Dark Lands is immense, the emotions evoked are vast, and the textures so pronounced that the story is vividly and convincingly portrayed.

A release of this magnitude is indeed rare, and Legacy Of The Dark Lands is such a phenomenal release, in scale and detail, it is undoubtedly destined to stand alone for any fan of Blind Guardian, fantasy or classical music. While its structure and execution is sophisticated, it is undeniably entertaining and a compelling journey into another time and space. The Blind Guardian Twilight Orchestra has indeed made an overwhelmingly powerful entrance.

STANDOUT TRACKS: In The Underworld, Nephilim, This Storm

STICK THIS NEXT TO: Blind Guardian (obviously), Accept (for orchestra-meets-metal, such as Symphonic Terror), Romantic composers such as Beethoven and Rachmaninoff, and Wagner in the spirit of fantasy-themed opera.