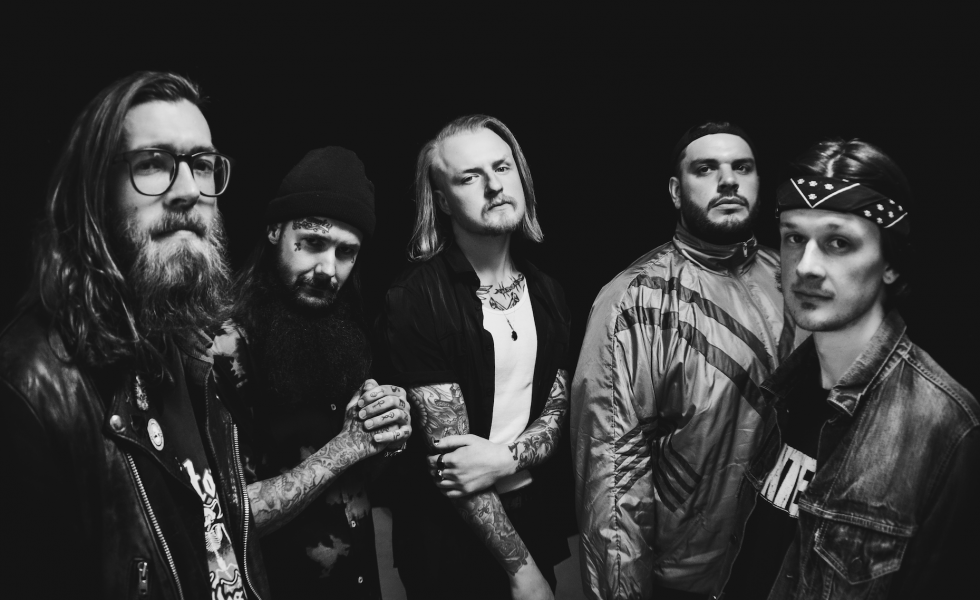 Flying the flag for modern metal is Black Coast. The Stoke-On-Trent natives wowed this year with a stack of killer singles, all of which will feature on their debut record, Outworld.

MORE: BULLET FOR MY VALENTINE: Building A Metal Legacy // DREAM THEATER: The Perfect Playlist For a Dream Theater Beginner REVIEWS: ICE NINE KILLS: The Silver Scream 2: Welcome to Horrorwood //  CRADLE OF FILTH: Existence Is Futile // KNOCKED LOOSE: A Rear In The Fabric Of Life // EVERY TIME I DIE: Radicals // DON BROCO: Amazing Things // BULLET FOR MY VALENTINE: Bullet For My Valentine // MASTODON: Hushed and Grim // BLACK COAST: Outworld

We got bassist Jack Beardsall to give us the rundown on the record, how it came together and more.

Hysteria: Congratulations on the upcoming release of your debut album, Outworld. You must be so excited to share it with the world!

Jack: Yeah, we can’t wait to get it out. It’s been a long time coming. Me and the lads have worked so hard on it. It’s been such a process to get it all written, recorded, and do the music videos and covers and everything. So it’ll be a relief to get it all out. We’ve got a show on release night, locally in Stoke, where we live in England, so that’ll be nice. We’ll have a nice big blowout at a local show with a lot of friends and family and celebrate the actual release; it’s going to be great.

It goes without saying writing this record in the pandemic must have been a time and a half for you all, so tell us about that experience.

Yeah, it was obviously a bit of an awkward time for us all. Thankfully, me and the boys already had a lot of ideas for the songs for the album.  A lot of them were in the demo stage. So we did have a lot of the songs there, but it was definitely hard. Obviously, we didn’t know whether we could get together at first or even meet up as a band, regardless of even going and recording an album. So for a time, we were very uncertain of what was going on. Whether there even was going to be a future for live music and bands in general. We found a way to get in eventually. And thankfully, we got it made. But no, it was a big struggle at first once it all hit.

So did you end up getting the chance to work together in person?

Yeah. We had the first lockdown where we were pretty much shut down. But then, eventually, we started to meet back up just as a band. The ideas were there, and then the second we went into the studio, our producer Sam Bloor helped us write the record. He was almost our sixth member. He pushed us and made us try different things. If it weren’t for him, the record wouldn’t sound the way it does. He really made us work together as a band. And I think you can hear that in the record; it sounds great.

We listened to the stuff that we fell in love with as kids, and we got rid of the preconceptions. It just really made us open our eyes and think differently.
[ Jack Beardsall ]

We’d love to dig deeper into your experience with Sam Bloor. How’d he push you?

We had a lot of different influences this time. We didn’t have any preconceptions of what we wanted per se or exactly what we’d turn out. As I said, we had the rough demos, but they were exactly that – very rough. So when we went in there, he pushed Matty (Matthew Clarke) to do different drum beats. He really pushed Chaz (Charlie Hewitt). The vocals wouldn’t be half as good as they turned out if it wasn’t for him. I sat there for a couple of the vocal takes, and I was just blown away by the end.

Sam and Chaz worked so well together, and by the end, their connection was almost seamless. But Sam would also sit him down and say, that’s not good enough, bro. Or, you know, you really have to step it up; that’s not going to pass. It was great, though. He wasn’t telling him off, he was just really pushing him, and it all paid off in the end.

It’s clear the band focused on diversity, both sonically and lyrically. Why was that so important for you?

We all started listening to a lot of what we enjoyed when we were younger. Like when we first started to pick up our instruments. As a band, we have a lot of broad influences anyway. A lot of bands say that, but we do. Chaz listens to more pop and singing stuff, whereas me and Scott (Pinnington, guitar) love thrash and black metal. But we listened to the stuff that we fell in love with as kids, and we got rid of the preconceptions. It just really made us open our eyes and think differently.

Build your dream line-up. Who are you sharing the stage with?

We’ve got a great line-up on our release show, some local bands from Stoke, and we’re quite excited to play with them. We’ve got some really interesting bands coming up in the Midlands at the moment. But if we had a dream line-up, man, it’d be absolutely crazy. There’d be Pink Floyd, King Diamond, Prince and all these different types of bands on there. It wouldn’t be a straight metal line-up. I think it’d be a bit quirky.

How is Black Coast planning to send off 2021?

Well, we’re trying to keep as busy as we can, to be honest. Thankfully, gigs are starting to get going. We don’t like being locked up. We’re a band that likes to be on the road touring and playing shows to the people. We can’t wait to get back out, to be honest.

And on that note, we hope to see you in Australia soon!

We’d absolutely love to. We could do with a bit of sun; we’re looking a bit pale over here now. Yeah, so we can’t wait. Send us a ticket!