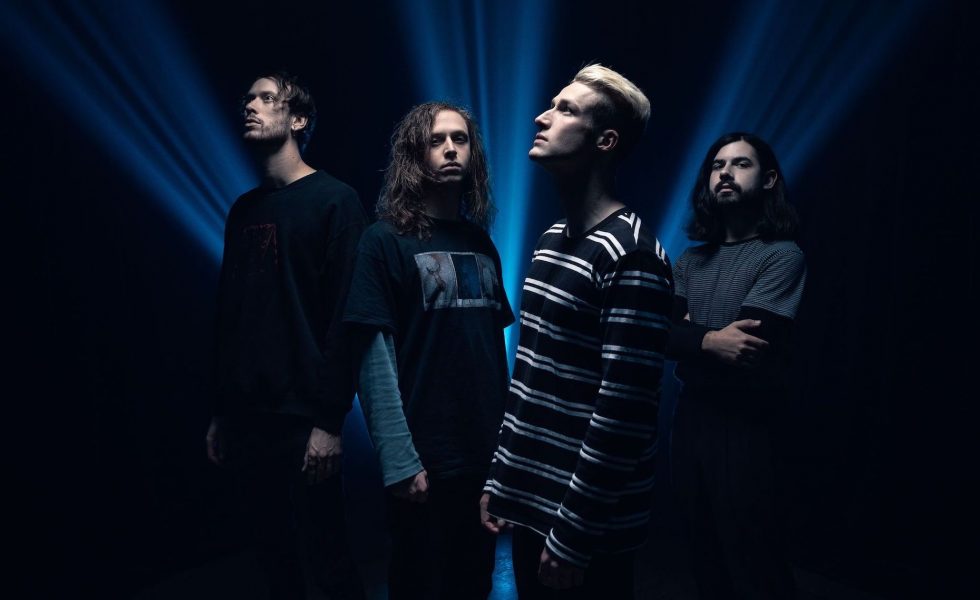 Having been working on the Time Changes Nothing EP for the better part of a year, Melbourne emo-‘core lads Belle Haven are finally ready to unveil it to the world.

So how is the group’s lead vocalist David De La Hoz feeling about the release?

“It’s been pretty full on,” he laughs. “I live with our manager and the whole EP release for Time Changes Nothing has been the centre of his attention for the last little while. In this house it has become one of the most talked about topics behind World of Warcraft and the Marvel universe or some other nerd orientated thing.”

Nobody Likes A Hospital, the group’s first single from the forthcoming EP, amassed over 50 thousand streams and gained national airplay on radio stations. There’s little doubt that Time Changes Nothing will continue to propel Belle Haven into the rankings of Australian emo royalty. Especially when you consider the group have just rounded up a completely sold out Australian tour.

“And it happened and it was real and then went to Sydney the night after for another sold out show and that was real as well. It’s all just actually happening and it feels wild.”

Reflecting on the turnout of the tour David humbly says, “I know everyone has been going stir crazy and they just want to go out and see shows but I feel very grateful that they are deciding to come to a Belle Haven show.”

During the COVID madness last year there were a lot of reschedules and moving things around. Strangely it felt like by not touring I was falling out of touch with that part of who I am. I started thinking; ‘who even am I?’ and ‘what have I made of my life?
[ David De La Hoz ]

Outside of gratitude for the turnouts; it seems being back on stage is really what De La Hoz needed to reorganise his life.

“During the COVID madness last year there were a lot of reschedules and moving things around. Strangely it felt like by not touring I was falling out of touch with that part of who I am.”

“I found myself just sitting here every day doing nothing, which inevitably led to a weird identity crisis.”

When asked about if this crisis led to certain lyrics on Time Changes Nothing, David says, “It’s very dependent on the day and how sober I was. All of the stuff that I wrote about on the EP is all real but a lot of it is still tender, even now.”

“At times writing felt therapeutic and when I listen to it now I think, ‘damn, I’m so happy I was able to do something with this pain’. Other times I feel sad that these are things and feelings that I’ve experienced. Putting it into a song can help me get through a lot of these internal problems but I still wish that it wasn’t real and that these thoughts and events hadn’t happened.”

With Time Changes Nothing solidifying a period of inner turmoil and personal reflection for De La Hoz, his hope is that others may find a similar solace through the EP.

“I really hope that Time Changes Nothing can bring some positivity in some ways because it’s a pretty heavy record, that’s for sure.”