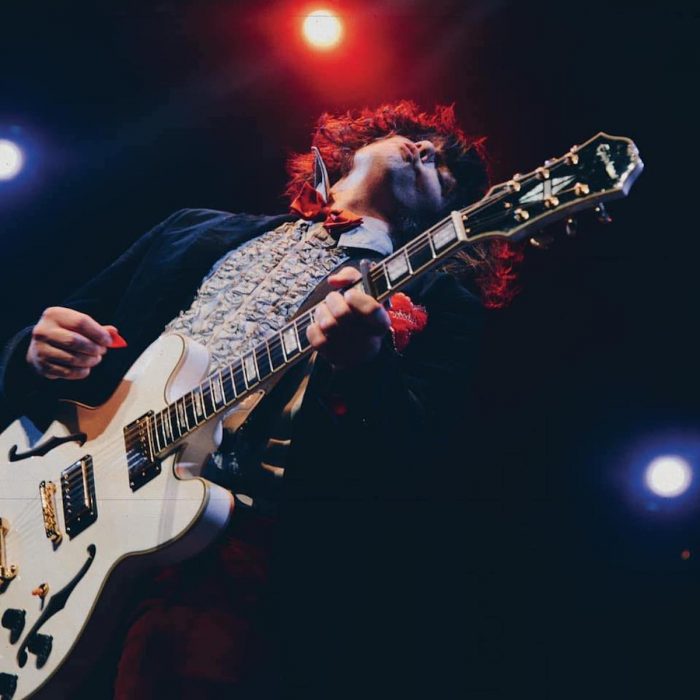 Philadelphia natives Beach Slang have returned to the scene after a 4-year silence, delivering another hefty slice of raw, heartland punk.

Bam Bam Rang is the first offering off The Deadbeat Bang of Heartbreak City, set for a release on January 10, 2020.

The revels in a chaotic, punk frenzy, with siren-like lead guitars that propel its dominating ‘F*** You’ energy—a departure from the woozy, emotional nature of their past releases. With enigmatic frontman James Alex capturing and releasing the tracks intense energy, he belows with the swagger and frustration of a lone-cowboy.

Reminiscent of acts like Social Distortion, The Bronx and Jawbreaker, it’s a one-two punch fest that will crave the hunger for anyone in need of a dose of no-bars-held punk to send them off into 2020.

“I would say it has the most personal songs,” says frontman James Alex on The Deadbeat Band of Heartbreak City.

“It really steps outside of what people might consider the Beach Slang sound … or maybe it doesn’t.”

Beach Slang’s last album A Loud Bash of Teenage Feelings was released in 2016 to widespread critical acclaim, with fans and critics alike praising the album for it’s heart-on-your-sleeve lyricism and celebratory vulnerabilities.

The band last toured Australia in 2016 as part of Splendour In The Grass, treating fans to a slew of sideshows—hopefully with a new album in tow, the punks will find it in their rebellious hearts to make their way down under again.