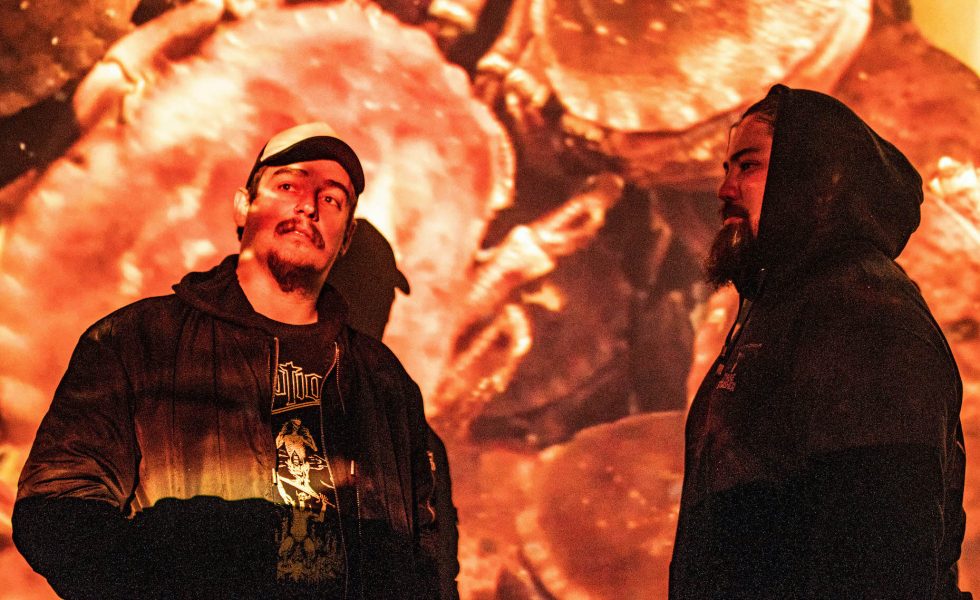 Get ready to double the trouble with Sydney’s powerhouse heavy duo Astrodeath, who are hitting the Australian East Coast with the Leviathan Rising tour in 2021.

Astrodeath have promised that they will be delivering “bigger, better and badder new material than ever before”, playing in total ten shows including some festival appearances in the mix as well.

The first single and tour name, Leviathan Rising, is from the duo’s anticipated follow up full length album ASTRODEATH VOL.2 set to be released in the coming weeks prior to touring the East Coast. The Leviathan Rising tour will be supported by some of the best heavy Australian bands that have not been publicly announced yet.

Guitarist and vocalist Tim Lancken, says the following about the upcoming tour, “In the spirit of total destruction, Astrodeath will shovel 2020 into a shallow grave and march on to annihilate 2021 with Rage and ferocity. Can’t wait to catch up with you all”.

Before Covid cancellations affected 2020, the band were booked for their biggest shows to date including an opportunity for national support shows with Germany’s Kadavar and Sweden’s Deville, and festival slots at Queensland’s Mojo Burning Festival and Germanium Daze on the West Coast.

In the past, Astrodeath have supported artists such as Nick Oliveri the former bassist from American rock band Queens of the Stone Age, and other international bands such as 1000mods and Svetlanas.

Later this year, Astrodeath played four sold out shows in September at The Vanguard in their hometown of Sydney, performing double sets across two nights as their single launch show.

In support of the new single Leviathan Rising, the Sydney duo are taking their music back on the road with ten shows in February and March 2021.