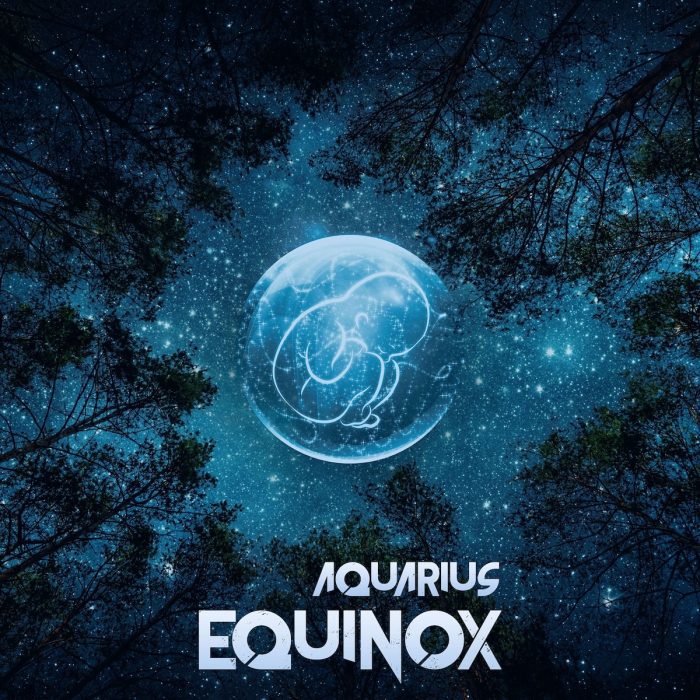 The project is the brainchild of songweaver Sam Heidke, who enlisted the help of music producer Daniel Natoli and the vocals of classically trained Georgia Eyes. He aimed to create tunes inspired by the likes of Tool, Karnivool and The Butterfly Effect. Heidke was also inspired to create the EP after reminiscing on his childhood friendship with Ocean Alley frontman Baden Donegal. “Baden and I were school friends, and we used to play the guitar together,” he says. “Seeing his band grow and become more successful reminded me how I never pursued anything musically—this was a big push for me.”

Heidke also discussed the themes behind the EP, explaining it to be about overcoming internalised fear and living life on your own terms. And if you ask us, this, combined with the atmospheric soundscape, is pure heaven.

Aquarius was named after the astrological sign. Heidke adds: “I wanted a name that represented a concept that’s bigger than myself. Aquarius represents the stars in the sky and components that are way beyond us”. This carries through the EP’s cover art which features a baby, depicting both the birth of Aquarius and the birth of Heidke’s first child.

Aquarius will celebrate the release of Equinox in the new year with a national tour. He also plans to release his debut album in the near future, continuing with the narrative of the EP. “I really want to create an album that is going to take people by storm,” he adds. “With a heavy focus on better guitar tones that sound like early Metallica, Iron Maiden, Tool, Black Sabbath and Pink Floyd. But also combining ambient elements with soundtrack style songs that take the listener on a journey.”

Equinox is available to stream now.