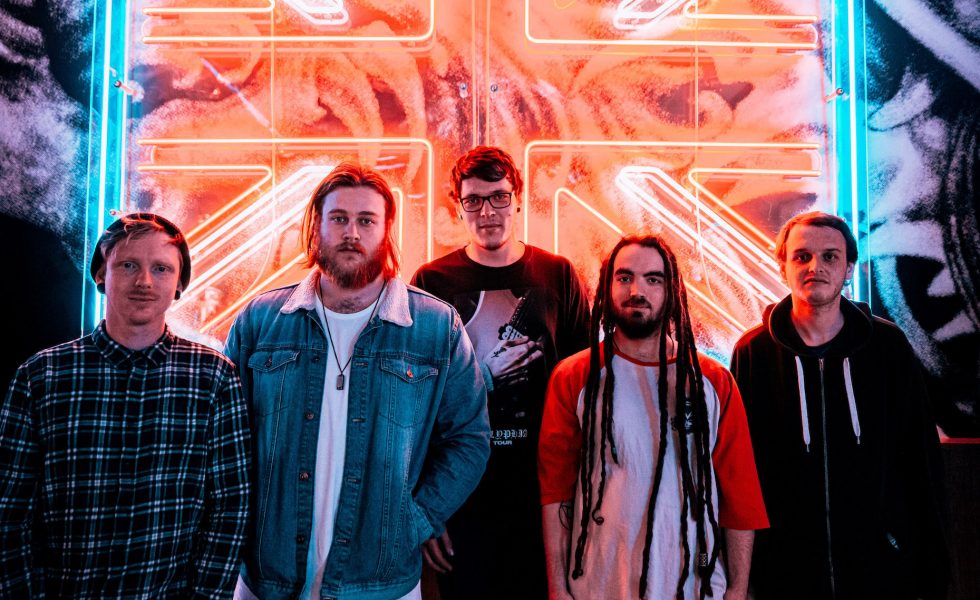 Wollongong metalcore outfit Alienist had a huge running start in 2019, playing their first show in just October and landing the opening slot for Australian metal giants Northlane & Gravemind in January 2020.

The band have released two singles, Social Faker and the newly-released Severance, earning fans and acclaim straight out of the gate, and were ready to embark on the grassroots gig circuit to build their reputation for forward-thinking, high-octane metal. But as we are all so painfully aware, by February the world was a different place and all live music was ceased around the country, putting any plans a band like Alienist might have for world dominance on hold.

“It’s been pretty rough,” says guitarist Damon Renes, “but at the same time it’s given us a chance to write some music and keep going with the EP that we’re working on. Pretty much working hard still, thank god.”

“Luckily for us we haven’t had to cancel anything too major,” Damon continues, “but at the same time we had shows planned, like down the coast and that kind of thing, that unfortunately weren’t able to go ahead. But we’re sure that this has given us a chance to work on our craft, and we’ll be back with a much bigger bang next time.”

Speaking of their craft, Alienist prove a bit of a grab-bag of modern metal styles, and Damon is open and excited about their influences.

“All the big hitters from Australia are obviously a huge influence on us; Make Them Suffer and Polaris and Northlane and Gravemind and all these bands that have such hard hitting riffs and just bring back such a good metal vibe with a bit of melody to it.”

“I’ve always loved that sort of stuff,” says Damon. “Being able to have such accessible music and being able to have something that’s really full-on and energetic but at the same time have lots of melody involved.”

We’re sort of at a moment in the scene where there’s a sort of new-age nu-metal sound, with Polaris and Northlane bringing that forward a lot, and we’re sort of adopting that as well.
[ Damon Renes ]

“I think it’s a combination of all our different influences sort of rolling into one. We’re sort of at a moment in the scene where there’s a sort of new-age nu-metal sound, with Polaris and Northlane bringing that forward a lot, and we’re sort of adopting that as well; trying to add those melodic choruses but at the same time having those hard hitting low-strung riffs. Sort of like a new wave of different sound that’s coming from everyone’s different influences. You know, growing up you manage to sort of roll that into one cohesive piece. It’s sort of just working for us.”

Describing their sound and how the band writes, Damon says the band has a democratic process.

“Two of us in the band have our own sort of production set-ups and usually two or three of us will come to one of those houses,” says Damon.” Usually it’s me playing on the guitar and a couple of other people just sort of being there to make sure that what I’m writing comes out pretty good. It’s good to have a couple of extra ears just to say no and say yes to different things, and we sort of just jam out different riffs. I like to write different ideas when I’m at home and give them to the band and we just see what sticks and what stands out for us as a band, and what stands out for us as just our sound. Eventually we just come together and practice it … write it as a complete piece there.”

“I feel like the way that we try to work really quickly and not try to overthink everything is sort of us keeping that sound.”

Damon is clearly pumped for all the activity planned for the band, even without the ability to organise any live shows for a while yet.

“We’re currently writing the EP,” says Damon. “We haven’t gone to the studio to record anything yet but we’ll put it out by the end of the year and let me tell you there’s some killer tracks on there that are definitely going to blow people away if they like Severance and Social Faker.”

Alienist, although still quite fresh in the industry, have already proven some chops, garnering interest from all corners of the Australian metal scene. With two singles under their belts and more music coming this year, the band have maintained a creative spirit that has kept them active, but for Damon there is still no denying the draw to the live stage.

“The band is very busy in that regard,” Damon says somewhat proudly. “Hopefully, after Corona is finished, we can get on any show – any tour that can take us. We’d love any opportunity to show the world what we can do.”