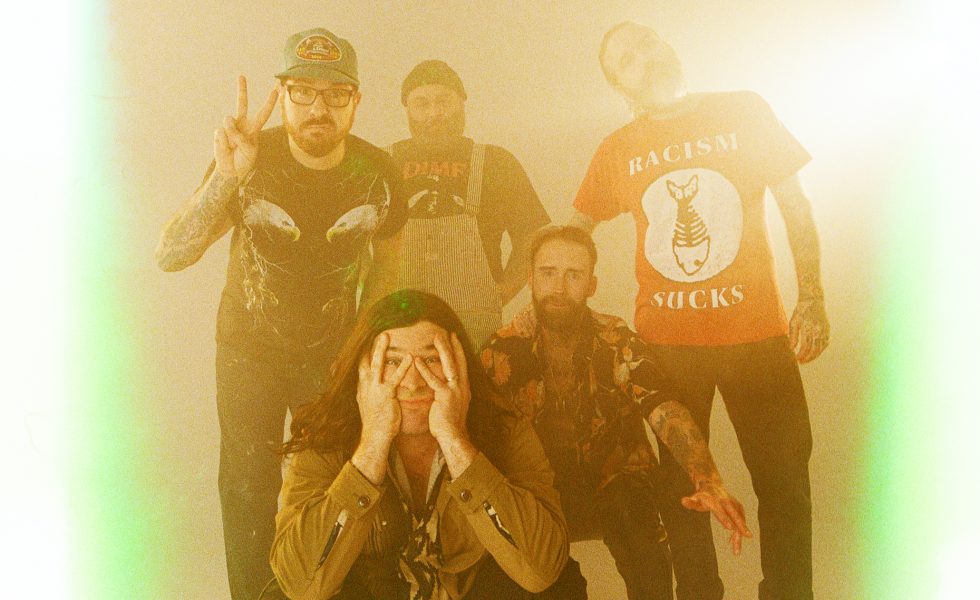 ALEXISONFIRE // After A 13 Year Hiatus, Alexisonfire Aren’t Just Coming Back, They’re Redefining Everything

Jun 29, 2022 / WORDS Alex Callan / PHOTOS Vanessa Heins / For album number five the Canadian veterans have highlighted yet again that they are so much more than just a nostalgia act.

Anytime that you see a band releasing music after a 10 plus year hiatus, it immediately evokes an ‘approach with caution’ feeling.

More often than not, these albums are quick cash grabs that see bands release some pretty forgettable music in the pursuit of reattaining the sound that first made them big. Alexisonfire are a group who don’t fit this mould.

Having had multiple hiatuses throughout the bands tenure, each comeback cycle hasn’t just been a rehash of the sound that fans initially fell in love with, instead it’s showcased a completely new era for the group.

As the band’s first release in 13 years, Otherness is no different. Showcasing the band dabbling into new territories both instrumental and stylistically, an album that wastes no time on being nostalgic, instead looking to set out the future direction of the group as they steer into ambitious new soundscapes.

“I think the good thing about us is that none of us have an interest in trying to recreate something we’ve already done,” states one of the group’s three beloved vocalist’s, Dallas Green.

“As far as the heavy music landscape goes, I don’t think we’ve ever really done the things that you’re supposed to do with the breakdowns and double-kicks and all that stuff. We’ve always approached aggressive music with a different lens, and this time around, I think, because we’ve all lived more, we’re older, we have more experience, especially in the studio and all that stuff. You know, we started writing songs for this release, we were like, ‘Okay, well, this can be whatever we want it to be.’

We didn’t want to be just pigeonholed into the heavy genre that we were sort of put in, we always felt like we could be whatever we wanted to be.
[ Dallas Green ]

“So if we want, we can make a heavy song. But how can we make a heavy song that still seems completely new and interesting to not only us, but to the undeterred fans who are listening to it. We wanted it to be like, ‘holy fuck this doesn’t sound like them. But it totally sounds like them.’ That’s like a focal point for us when we’re writing, we don’t have an interest in being nostalgic or anything, we still feel like we contribute to what’s happening right now, so that’s kind of what we were going for.”

Continuing on the bands new direction and how the varying side projects that the members are in have impacted that sound, Green stated,

“We don’t really sound like anybody other than ourselves, which allows us to kind of be whatever we feel like we need to be in the moment. I think with this record, because it had been so long since we’ve made a full record, we allowed ourselves to do whatever felt like it held the song up in that moment.”

“I don’t think there’s many bands that can pull that off the back and forth between those two sounds, but I feel like I feel like we are capable of it because we have the skill to do it. But I think that we also just appreciate so many different styles of music, and that’s why we kind of sound the way we do because we try to shove it all into one.”

When asked if the group’s new sound is based on trying to differentiate themselves from the legions of bands who have since come up and replicated their early sound, Green thoughtfully remarked,

“I guess there’s a degree to which we would hear something and want to do the opposite of it. But it was never from a perspective of like, ‘oh, people are trying to sound like us, we need to change.’ It was more like, let’s just try to carve this path of our own in this weird sort of style of music.”

“We didn’t want to be just pigeonholed into the heavy genre that we were sort of put in, we always felt like we could be whatever we wanted to be.”

“I mean, we are Alexis after all, this is just what we do.”