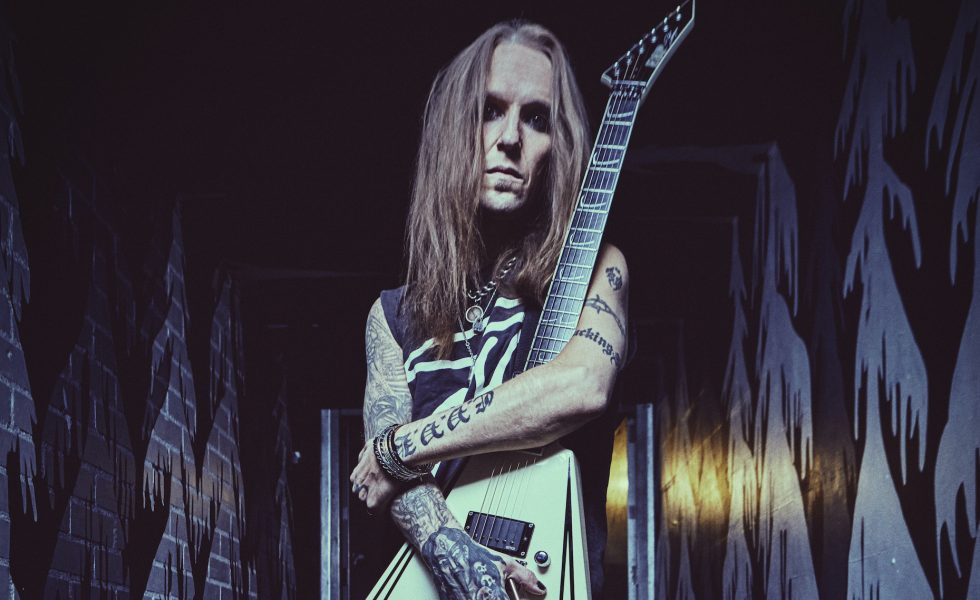 With the tragic news of Alexi Laiho’s death being confirmed by bandmates earlier this week, tributes have been coming in heavily for the 41 year old musician.

Laiho, the founding and long time vocalist/guitarist of Children Of Bodom (COB) began playing music at the age of 7, when he first picked up a violin. Since then he has gone on to write and perform on 10 albums with Children Of Bodom, as well as fronting groups Sinergy, Kylähullut, Warmen and most recently Bodom After Midnight, a reference to a song title off COB’s third album Follow The Reaper.

Since the announcement, legions of fans and media outlets have been fondly remembering the legacy left behind by Laiho and Children Of Bodom, who at their height were one of the most popular and far reaching melodic death metal bands worldwide.

With COB releasing their debut album Something Wild in 1998 to more or less unanimous critical acclaim, both Bodom and Laiho were immediately revered for their fast paced, technical and at times symphonic approach.

By 2003, he had his own range of signature ESP SV guitar. In 2004 he was ranked in Guitar World’s ‘Top 100 Greatest Heavy Metal Guitarists of All Time.’

But whilst death metal can be quite a closed fanbase, with many Arch Enemy and Dark Tranquility fans being the first to pull you up on saying the wrong metal subgenre, Bodom managed to transcend that.

Sure, the majority of their fanbase were the melodic death metal loyalists. But by the mid-2000’s Bodom were not only spearheading the death metal scene worldwide, they had also conquered a new market; skaters.

By 2003, he had his own range of signature ESP SV guitar. In 2004 he was ranked in Guitar World’s ‘Top 100 Greatest Heavy Metal Guitarists of All Time’.

The end of the 90’s saw the end of the baggy pants, hip-hop era of skating. It also brought in the new era of metal/punk skaters or “skater fags” as the jocks at my school used to yell. Skinny jeans and black were in, as was Sabbath, Mercyful Fate and Children Of Bodom.

The early 2000’s truly was the transiting point of MTV playing more reality tv than they do music and nothing epitomises the era quite like Viva La Bam. At that point Bam Margera was one of the most influential popular figures, selling more skateboards than anyone ever and fans would ultimately do, say and wear whatever would make them more like him. That’s why the use of metal bands in the show’s soundtrack provided an avenue for these, at the time, incredibly obscure and unknown acts to be noticed. With Hatecrew Deathroll, Are You Dead Yet and Sixpounder all making frequent appearances in the show and Needled 24/7 making it to the shows soundtrack, it wasn’t long before the skating community adopted Bodom as their own.

2005 saw the release of Baker 3. A film still to this day regarded as one of the best skating films of all time. With an absolutely stellar soundtrack, Australian skater Dustin Dollin donned the group’s song ‘Downfall’ for his part.

Showing their mutual appreciation for the sport, the group’s 2010 single ‘Was It Worth It’ includes professional skaters Tom Asta, Jamie Thomas and Chris Cole. This started a relationship between Laiho and Cole, who had previously stated Bodom as his favourite band. Leading to collaborations, Cole released a Bodom inspired range of boards and apparel. The range was so popular it even made it as a custom option on the PS4 game Skater XL. No surprises considering the groups music had previously appeared in the ‘Skate’ soundtrack.

Not only had Bodom gone on to be the leading force in metal worldwide across multiple communities, they had also become arguably one of Finland’s most famous musical groups ever.

With Laiho’s compositions appearing on over 22 studio albums (not including guest spots), we know that his legacy will continue to prosper.

As one of the most beloved and talented metal guitarists of our time, his work will continue to speak for itself.