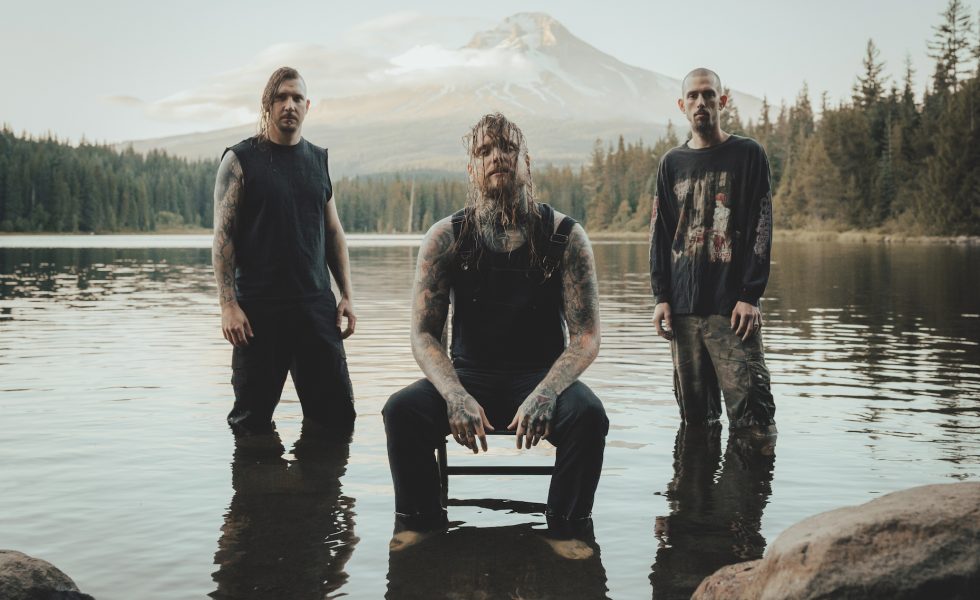 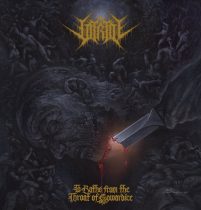 VitriolTo Bathe From The Throat Of Cowardice

To Bathe From The Throat Of Cowardice is the debut album from Oregon-based technical death metal band Vitriol.

This impressive album debut builds on and includes their EP Pain Will Define their Death, which set their own intimidating standard and Vitriol have undoubted delivered. If it had to be placed somewhere on the genre spectrum, one could call Vitriol’s sound blackened technical death metal, but really there’s nothing sterile or over-articulated or even safe here. In one of the most hostile albums of the year, Vitriol have taken technical mastery out of it’s glass case, smashed it onto the floor, given it room to breathe and infused it with the raw discordance, the visceral filth and tangible sincerity of uncompromising blackened death metal.

Vitriol has created a perfect storm of aggression and darkness. To Bathe From The Throat Of Cowardice never outstays its welcome.

Opening with one of the singles that caught the metal world’s attention, The Parting Of A Neck, Vitriol takes no prisoners with the dissonant violence and unrelenting aggression that does not yield at any point on this album. As the second track Crowned In Retaliation launches, the album only intensifies. Kyle Rasmussen’s guitar work is disconcertingly intricate. The shifting rhythmic patterns from drummer Scott Walker provide a ceaselessly pulverising framework for the vicious and thundering dual vocals from Rasmussen and bassist Adam Roethlisberger. By the third track Legacy Of Contempt, a dark sense of foreboding lingers through the relentless ruthlessness.

This is a disturbing and confronting but also impressive beast of an album.

Even through its abrasive and confronting onslaught, To Bathe From The Throat Of Cowardice is alarmingly easy to listen to. Epitomising this unnerving duality is I Drown Nightly. Lurking beneath the fiery leads and brutal vocal delivery is a latent groove. Tracks such as The Rope Calls You Brother dance in the land of deranged, laden with drama and anticipation, reaching crazy heights and speeds, yet is still curiously immersive. As the album progresses, it only gets more intense. Despite its deceptive title, A Gentle Gift is likely to incite deadly mosh pits as Walker fires up the ferocity even further. Continuing the potential for live show slaughter, the tail end of the album contains mainly the tracks from the EP plus the ghoulish track Hive Lungs, but indeed the closing track Pain Will Define Their Death is a robustly embellished version of the EP’s title track, taking it into the realm of the darkly profound.

Vitriol has created a perfect storm of aggression and darkness. To Bathe From The Throat Of Cowardice never outstays its welcome. It would seem too brief, except that each track is dense and brilliant from start to finish. No matter where or when you listen in there is something phenomenal there. This is a disturbing and confronting but also impressive beast of an album.

STANDOUT TRACKS: Crowned In Retaliation, The Rope Calls You Brother, A Gentle Gift