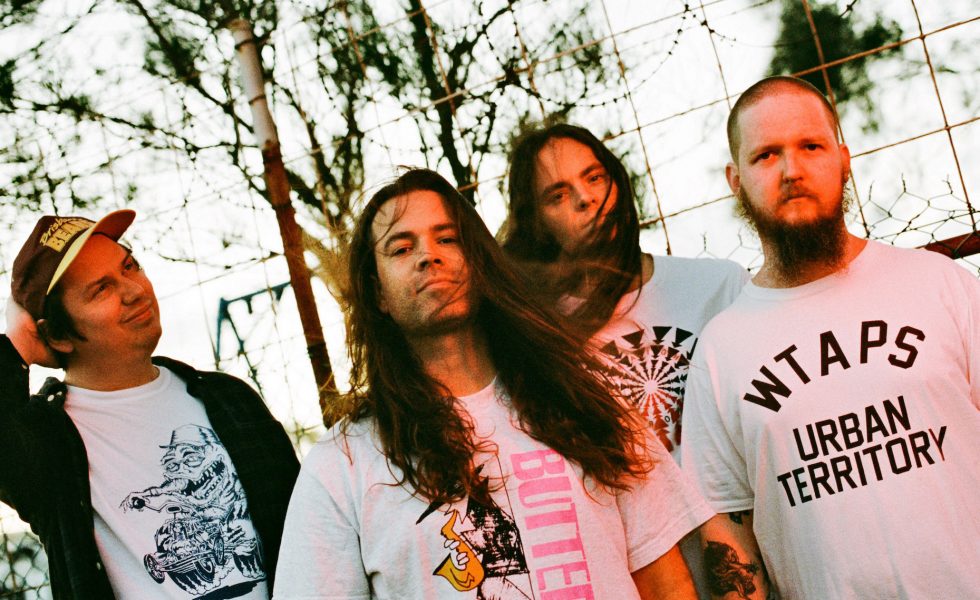 After dropping the new track Lying on The Floor last week, Brisbane rock band and cultural icon Violent Soho have announced the release of their long-awaited fifth album Everything Is A-Ok on 3rd April and a string of intimate shows in Brisbane, Melbourne and Sydney.

If there’s one band that can capture the essence of a middle class upbringing in the suburbs of Brisbane, it’s Violent Soho. Vocalist Luke Boerdam’s strangely familiar lyrics and the summery jangle of James Tidswell’s carefully crafted riffs have an uncanny ability to conjure the atmosphere of lax afternoons spent having a XXXX as the sun sets over the Storey Bridge.

Even the cover of the upcoming album is quintessentially Brisbane–a fading post war home framed with an Australian flag dancing in the breeze.

Despite major success on the ARIA charts over the last few years, Violent Soho’s punk ethos hasn’t wavered. From their early roots as a knock-about grunge rock ensemble to their explosion onto the national stage with their 2013 Hungry Ghost album, Violent Soho continues to tighten their grip on the collective sub-conscious of today’s kids who don’t fit in anywhere. Enjoying unrivalled success and respect from young fans across the country, this is one Brissy band who have done us proud.

Reflecting the honesty of their new album, hard-core devotees camped out overnight in Brisbane’s CBD recently for the chance to score heavily-discounted tickets to the band’s upcoming concert at The Zoo. In the words of guitarist/vocalist Luke Boerdam, concert-goers can expect the show to “connect with people over a shared experience in pointing out society’s failures and the personal shit that follows”. This satirical commentary is a recurrent theme for Violent Soho as they attempt to guide young listeners through an oftentimes confusing and contradictory world.

Violent Soho fans who missed out on tickets to this show will now have to await the launch of the new album Everything is A-OK on 3rd April.

Pre-order Everything is A-OK here.