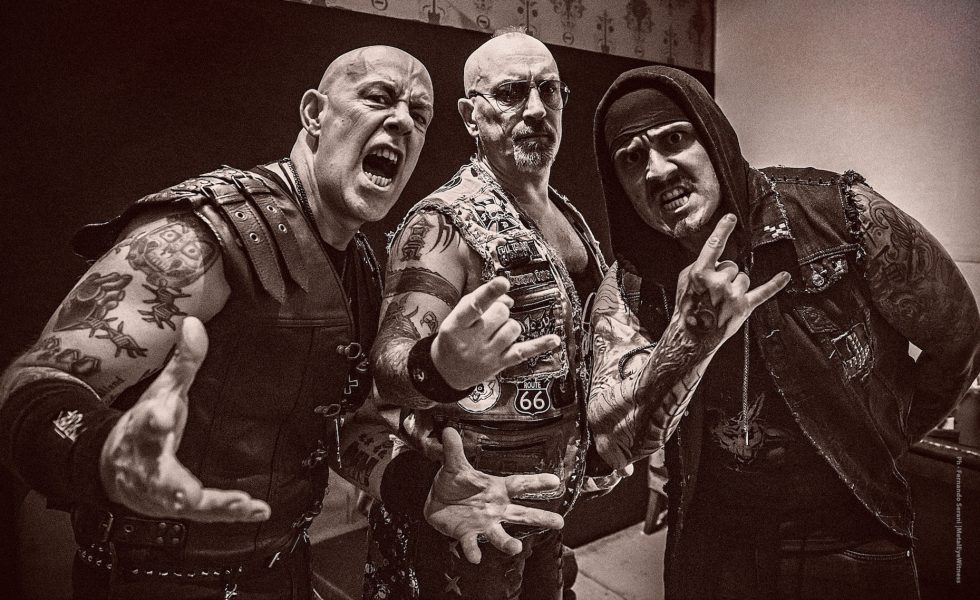 Less than a week after a memorable one-off performance at the 7th birthday celebrations of Sydney venue Frankie’s, British metal pioneers Venom Inc. have announced an Australian tour for June 2020.

The Novocastrian power trio, whose second album of raw, unadulterated heavy metal gave its name to the black metal genre, return to the country for their first full tour since 2018 with dates in Canberra, Sydney, Brisbane, Melbourne and Adelaide.

In their original incarnation as Cronos, Mantas and Abaddon, Venom set the standard for wild, unashamedly demonic metal on their four early landmark recordings, Welcome to Hell (1981), Black Metal (1982), At War With Satan (1984) and Possessed (1985). Following the departure of Cronos in 1988, Atomkraft’s Tony “Demolition Man” Dolan stepped into the breach, recording another four albums. Reactivating as Venom Inc. in 2015, the band released Avé to acclaim two years ago.

Joining Venom Inc. on this tour will be Canadian speed metal instigators Exciter, making their first visit to Australian shores. Through various personnel combinations and periods of inactivity, the Ottawa trio have been thrashing out high-speed heavy metal since 1978, including early classics such as Heavy Metal Maniac (1983), Violence and Force (1984) and 1985’s Long Live the Loud. With original members Dan Beehler (drums, vocals) and Allan Johnson (bass) still very much in place, Exciter will be the perfect touring partners for the unholy fury that is Venom Inc.