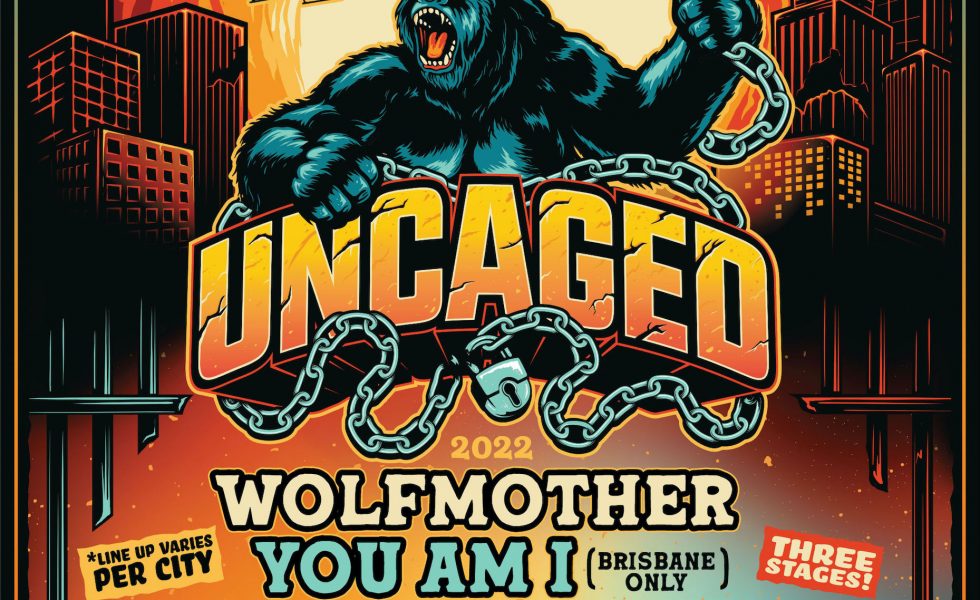 Uncaged Festival’s debut shows in Sydney, Melbourne and Brisbane have been postponed due to the Omicron outbreak, with event organisers announcing new dates, venues and additions to the lineup.

MORE: FANGZ: Our Top 5 Bands Playing Halloween Hysteria // FROM CRISIS TO COLLAPSE: Talk Us through Their Essential Deserted Island Albums REVIEWS: EVERY TIME I DIE: Radicals // DON BROCO: Amazing Things // BULLET FOR MY VALENTINE: Bullet For My Valentine // MASTODON: Hushed and Grim // PRIDELANDS: Light Bends // FIT FOR AN AUTOPSY: Oh What The Future Holds

Now set to take place in March and April 2022, the event will feature appearances from Kiwi heavyweights, Shihad (in Sydney and Brisbane), marking their first Oz shows since the release of Old Gods. You Am I and Tex Perkins and the Fat Rubberband will also join the festival, appearing on all dates. Unfortunately, Kingswood & The Superjesus will no longer appear due to scheduling conflicts.

Uncaged also marks the festival farewell of Twelve Foot Ninja frontman Nik “Kin Etik” Barker, who recently announced his departure from the group at the end of this year. They’ll be joined by the likes of Wolfmother, Magic Dirt, Killing Heidi, Bodyjar, 28 Days, Tumbleweed and punk royalty, The Hard Ons, who will now appear in all cities.

Tickets for Uncaged are on sale now, with only 5,000 available. All existing tickets will remain valid. 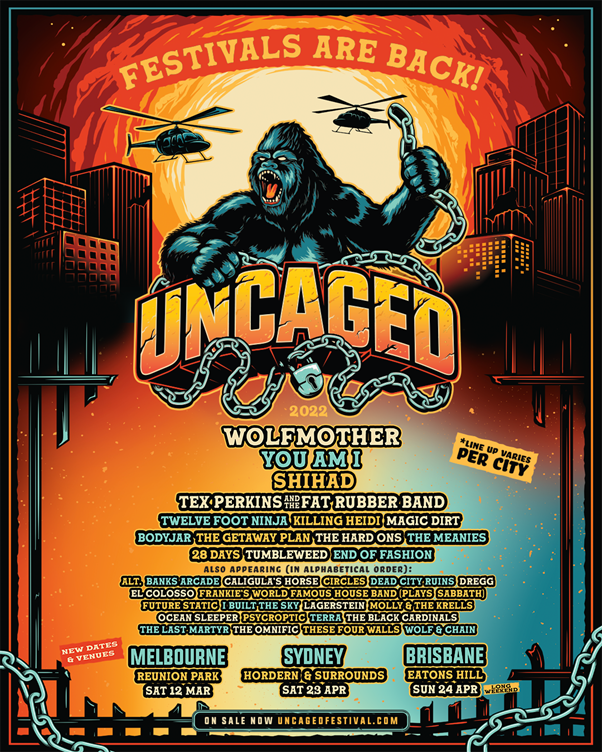