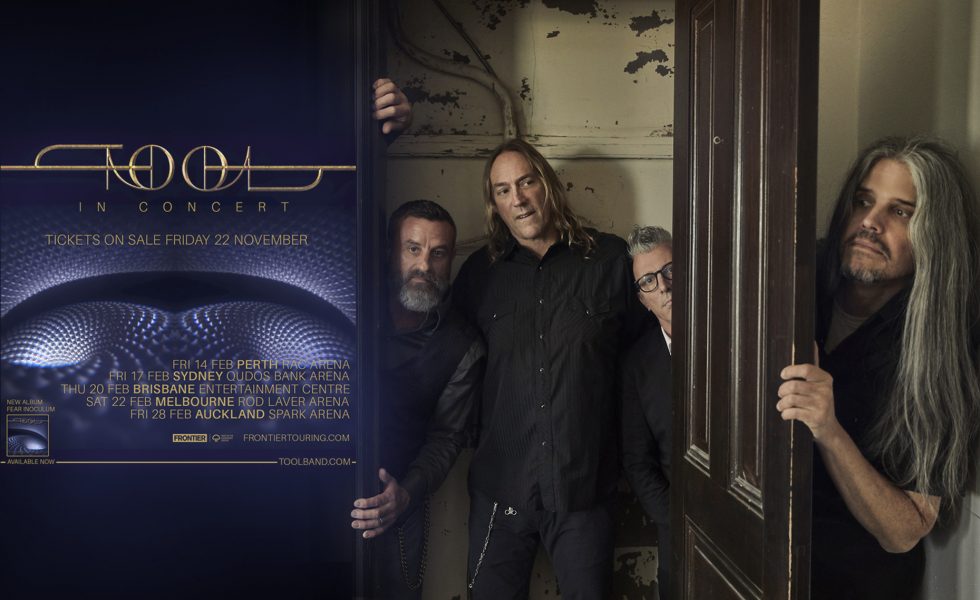 TOOL will perform arena shows starting on Valentine’s Day 2020, spanning Perth, Sydney, Brisbane, and Melbourne. These shows are open to all ages.

Tickets will go on sale Friday 22 November via Frontier Touring.

Frontier Touring members will be able to access a special pre-sale at 2pm, Wednesday 20 November. You can sign-up here.

Adding to these special shows, fans will have the opportunity to purchase a limited edition VIP Package, which you can read about here.

It also debuted at #1 in Norway, Belgium, Top 5 in the UK, Germany, The Netherlands, Ireland, Italy and Finland. Fear Inoculum was released on 30 August this year.

TOOL will re-release Fear Inoculum as a special edition including five 3D lenticular cards with exclusive graphics, an expanded 56-page booklet, a download of the groundbreaking immersive visual experience (video) “Recusant Ad Infinitum,” and a CD on 13 December.

TOOL’s last major appearance on Australian soil was in 2013.

With special guests to be announced