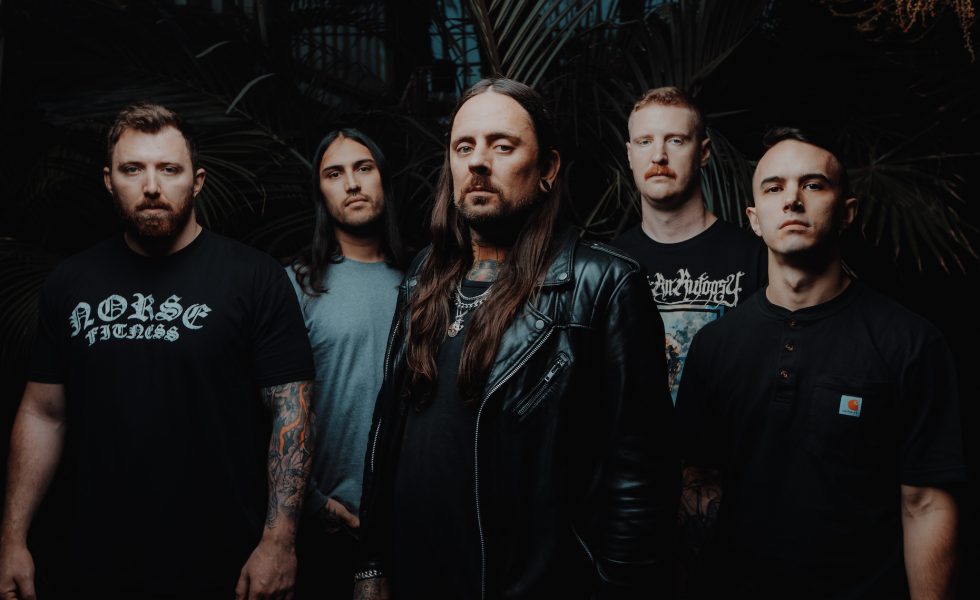 Deathcore juggernauts Thy Art Is Murder will be returning to Australia for 6 nights of absolute destruction with their Human Target 2020 tour.

MORE: KICK OUT THE JAMS With OCEAN GROVE: A Selection Of Oddworld Favourites // THE AMITY AFFLICTION: Smoke ‘Em If You Got ‘Em // POLARIS: Growth, Death & Change REVIEWS: THE AMITY AFFLICTION: Everyone Loves You… Once You Leave Them // FIVE FINGER DEATH PUNCH: F8 // MY DYING BRIDE: The Ghost Of Orion // BURNING WITCHES: Dance With The Devil

Joining Thy Art Is Murder along the road is an absolutely monumental line-up of some of the heaviest, most renowned bands in the Deathcore genre. For the first time in almost seven years, Australia will be graced by Death Metal heavyweights Dying Fetus. As if that wasn’t enough carnage, American legends Fit For An Autopsy and Enterprise Earth will also be joining this stacked bill, with Queensland-born Aversions Crown opening the tour.

Here are five reasons you won’t want to miss the Human Target tour.

Thy Art Is Murder Have Not Slowed Down In Over A Year.

Since the release of Human Target in July last year, Thy Art Is Murder have been non-stop touring. As the lucky attendees of Good Things 2019 found out, this has resulted in what can only be described as a well-oiled machine for the bands performance. Playing huge festivals and massive tours across the globe, the group have become renowned for their live presence.

Thy Art Is Murder, Dying Fetus, Fit For An Autopsy, Enterprise Earth and Aversions Crown … all on one lineup. Who would have thought this day would come. This lineup legitimately deserves no description other than MONSTROUS. Every single one of these bands are absolute heavyweights in the deathcore scene, and each one will no doubt bring a ferocious performance on this tour. Fit For An Autopsy joined Thy Art Is Murder for a similar run of shows in Australia two years ago, and have proven their place in the Deathcore hall of fame with their incredible 2019 album The Sea of Tragic Beasts. Both Enterprise Earth and Aversions Crown will bring their focused, brutal style of heavy music that fans across the globe have praised -the former having already toured extensively with Thy Art Is Murder and Dying Fetus, and the latter having just released their first song in two years titled The Soil.

The Usual Stops … Plus More

For any punters from Perth and Canberra who so frequently have to deal with tours missing their cities, the Human Target Australian tour will not miss you this time. With stops in Brisbane, Sydney, Canberra, Melbourne, Adelaide and Perth, there’s no reason not to be there for this one.

Aside from their appearance at Good Things last year, Thy Art Is Murder haven’t toured Australia since the Life In The Crosshairs tour last year. It’s also the first Australian appearance in almost three years for Aversions Crown, who only just recently made their comeback.

A massive record from one of deathcore’s greatest bands, this release immediately cemented itself into the hall of fame. Now, with almost a year since release, Human Target still feels fresh and exciting to listen to, so there is no doubt these shows will be thrilling to say the least.