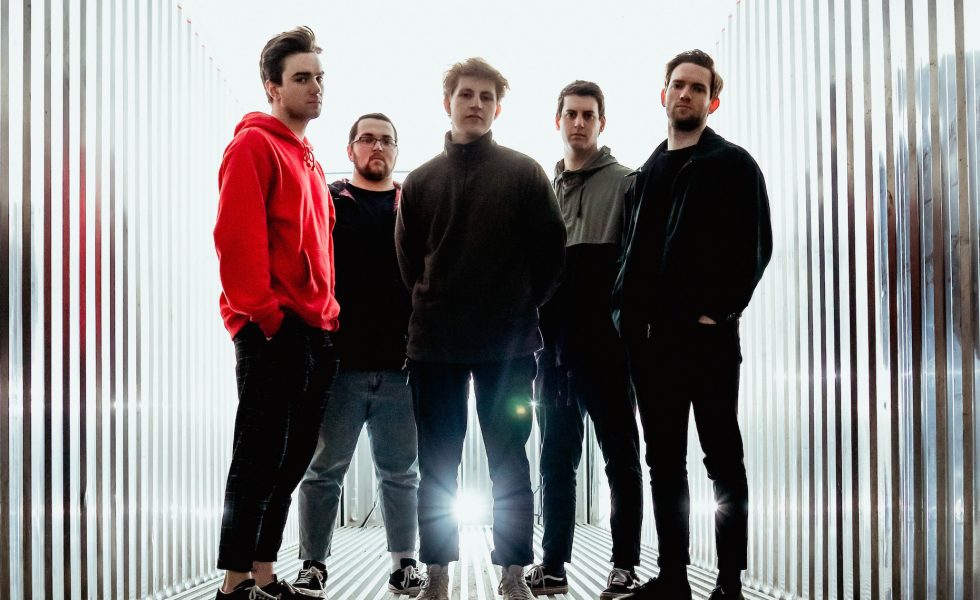 Anyone else had a rough week of nonsense? Jacob Charlton can certainly raise his hand on that one. But it’s not all doom and gloom in the Thornhill vocalist’s world – their full-length debut album is out this Friday (as of writing) and that, he says, is what’s driving him.

MORE: FREEDOM OF FEAR: Through The Gateways REVIEWS: THORNHILL: The Dark Pool // REFUSED: War Music // DEEZ NUTS: You Got Me F****d Up // PRETTY THRILLS: Flames

The release of The Dark Pool marks the beginning of a new chapter for Charlton.

Elements of the album make you forget this is the debut album for Thornhill, they’re already so at home in what they’re doing. “I definitely think we got better at it from Butterfly [EP, 2018],” he says. “We knew what our weak points were and started to hone in on the stronger parts, make sure there weren’t any weak components to our song writing. Doing it self-produced probably helped that bit [song writing] more.

“As much as I do love outside opinion, I think having the band shit on our stuff to make us better worked out to what this record needed to be.”

Being producers, musicians, songwriters, and controlling every aspect of the process to getting The Dark Pool out, it wasn’t difficult for Thornhill to differentiate between all those roles. They applied themselves 100 per cent to be the best in each capacity. “Butterfly, we were a lot younger in terms of song writing and [musical] ability, and we didn’t know where everyone stood in terms of their role. Everyone wanted to do everything.

“For Pool, we knew what everyone was in the band, what everyone does, and it worked out so much better. Everyone has their own share of the workload. It balanced so everyone’s workload was enough and I think that’s why it seemed to piece together better.”

It was so hard to not beat myself up every time we played, and it started to become a bit of a task and a bit of a chore to play shows knowing I wasn’t going to be giving the best representation of Thornhill to the audience. It was sad, I felt so shit, and I didn’t want to let the boys down.
[CHARLTON]

A cynical chuckle passes Charlton’s lips when he’s asked about the improvements he’s known to have made regarding his vocals for this release. “The vocals for this band has been a very, very long… road,” he says steadily, ending with another burst of laughter. “When we started this band I never thought Thornhill would be… like the genre we are now, I didn’t think we’d be doing what we’re doing.

“Our first record, I was 13 [years old] and it was all screams. I was never that good of a singer but Ethan [McCann, guitar] pushed me to do a chorus in [single] Parasite and I was like, ‘Yeah okay.’ I still struggle live, I’m still learning.

“The thing with vocals is you learn as you go. It’s hard to learn on the move because your show’s not going to be as good; you can’t just stop and learn at home. Shows are as much practise as practise is.”

Relearning everything he knew about singing and screaming, Charlton has by his own admission gotten better. “I’ve had a lot of help from friends, vocal lessons, a lot of practise, and I think that’s made Pool what it is, because I started to understand my voice, my range, rather than doing things that would hurt me.

“I was able to hone in on new sounds – it’s still not where I want it to be – but it’s enough that I can do higher parts without stressing myself out about being able to do that every night.”

Ultimately, this desire to improve in Charlton is both self-imposed and comes from feedback from his peers. “At the start it was the pressure,” he says. “When Temperer came out, I wasn’t able to cope live. The band was pretty supportive, and they understand it was hard. But we were getting negative feedback.

“It was so hard to not beat myself up every time we played, and it started to become a bit of a task and a bit of a chore to play shows knowing I wasn’t going to be giving the best representation of Thornhill to the audience. It was sad, I felt so shit, and I didn’t want to let the boys down.