THE CITY // The Search Is Over 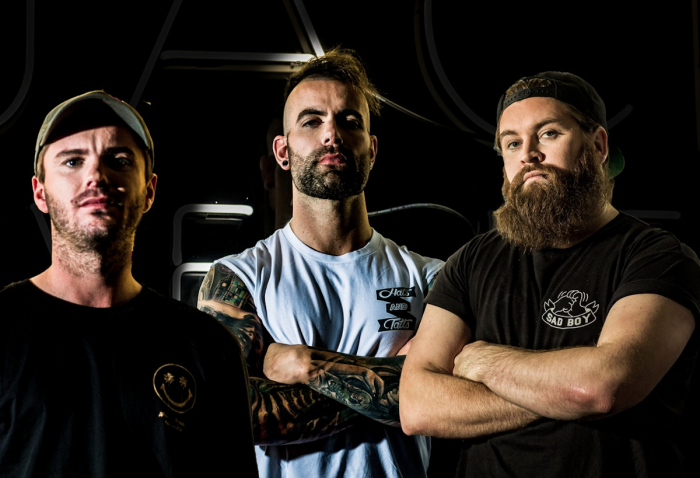 The City is everything that vocalist Vaughan Sullivan and guitarist Josh Nicholson have been working towards since they were 14 year old mates, jamming together in high school.

Beginning life with the band name in Search Of Symmetry the boys were at the time, living in separate states in Australia. They came together in a tiny town of just fifty people on the Central Coast of NSW to record their first EP Polaroids with producer Sonny Truelove and then six months later, their second EP Unbreakable.

At the time, the boys were just keen to get their music out, it was a defining release for them. Hysteria had a chat to Sullivan about discovering a new lease on life, while recording the band’s first full length album at the famous Castle Studios in Nashville, Tennessee.

Sullivan looks back: “It was a surreal experience. We’re just some shitty little band from Victoria!” Though a distinctive sound and unique production is heard in this record. The authentic music that the boys had created became a whole new beast: “When you’re recording an album maybe your lazy, didn’t record a verse in pre-production or something, and you’re like ‘oh shit’. So I’d walk outside, breathe, and think. I am going to write something. Tennessee’s rolling green hills just looked so different from anything I’d ever seen in Australia. So inspirational for me you can hear it in the LP.”

We didn’t want to pigeon hole ourselves? Especially since now I have learned how to sing
[ Vaughan Sullivan ]

It was this change of scenery and desire to push themselves with the new addition of drummer Mark Ferguson that made the boys realise that the album was a game-changer for their career. Hence the idea of evolving the band’s name and using the Light The Flame LP as the platform to do so.

Affirming the new name was an impassioned operation to ensure that The City can be accessible to a wider audience. Sullivan opened up: “Sonny was telling us we had something special here with the new record. The following night after a few drinks, I wanted to really think about it so I went through a playlist of my favourite bands, eventually The 1975 –The City played and it clicked, its sound, its vibe, that was it, we are now The City.”

It’s not just the band’s name that reaffirms their passion for the craft Light The Flame is a record that has given the Australian pop-punk and post-hardcore scenes a real shakeup and shows the evolution of their music. Sullivan in particular, vocals has shifted into their element. “We didn’t want to pigeon hole ourselves? Especially since now I have learned how to sing,” Sullivan laughed and then explained “On the song A Moment I get really raw. I actually had Sonny on the other side of the glass yelling at me ‘Find a voice! You’re good at this, now do it!’ and I was like, right-ok. I right away played for about half an hour until I found this feeling in my voice that was raw and emotional”. This particular track demonstrates how The City don’t allow themselves to be restricted or labelled as just a post-hardcore band, although the LP has defining heavy elements its paired with plenty of breakdowns that will get their loyal fans exciting and new fans moving.

Crowds will be able to check out The City in action as they tour Light The Flame later this year with plans to play around the east coast of Australia and they are stoked to be able to have the album out and be on the road. It’s an exciting time for the boys as they look to the future and Sullivan sounds pumped: “We hope you enjoy the album and see you at a show soon!”