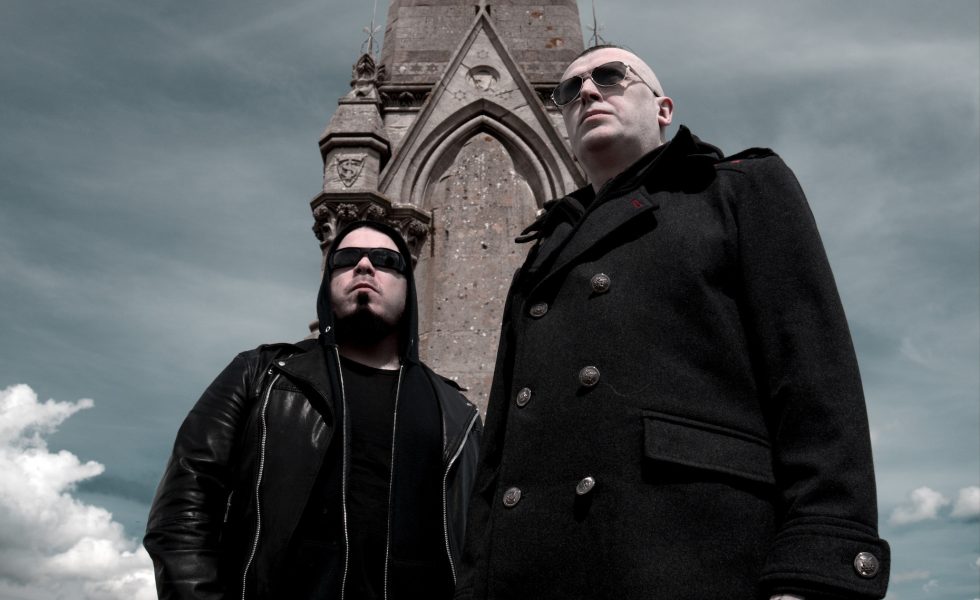 STRIGOI // The Mirror Most Horrific

In the turbulent liminal space between sweet promises of paradise eternal and the grim landscape of reality, British doom metal band Strigoi have struck with their debut album Abandon All Faith.

Formed by Paradise Lost’s Greg Mackintosh and bassist Chris Casket in the wake of death-doom band Vallenfyre, Strigoi have harnessed the ominous and unsettling character of doom metal, and united it with a raw and strikingly aggressive approach to create something truly terrifying.

“The tag word was ‘foreboding’,” says bassist Chris Casket, regarding the writing of Abandon All Faith. “To give this air and this feeling of slight unease, because everything that’s discussed lyrically is taken from reality. There are no goblins, the devil or any of these things. Everything is drawn from reality, a mirror on human behaviour, all those different things. And there is actually nothing more scary, if you consider reality, the human condition, what human beings do to other human beings.”

Casket and Mackintosh worked together in Vallenfyre, which reached its culmination after it’s third album. They rapidly reformed as Strigoi. Regarding to what extent Strigoi is a continuation of Vallenfyre, Casket says, “It is a continuation, although that is more a question for Greg, but I can say that Vallenfyre needed to cease, and rightly so, none of us every questioned that decision because that band was born out of really true expression of grief and trying to deal with a really horrific event in his life, and that band should never become bigger or more important or have more focus than the initial idea.

“Vallenfyre had to cease, but the underground is so vibrant here in the UK and Greg still had something to say; I did as well. We had a great working relationship as well, so it seemed like a natural progression for us to do a band. We have kind of been in this bubble over the last eighteen months of Greg doing to the music, me contributing the majority of lyrics, which was something quite daunting. Greg is a very capable lyricist, but he said he just enjoys doing the music more, so can I set lyrics, and that process seemed to work, over the last few years or so we’ve worked out our roles and that’s a great part of this. We each know what we can do and what our strengths are. So essentially between us that is what we wanted to attempt, because it couldn’t be the same as Vallenfyre, because then that would be largely pointless, this had to be then something that gave more of the grandiose extreme music experience and it comes right back to the word ‘foreboding’.”

It’s no secret that the UK has had a rather turbulent political period, it just struck me, the perpetual cycle that society is stuck in, how do I say this without getting into a political tirade… Essentially it breaks down to broken promises, every period in government…and it also relates to the concept of organised religion…the promise of utopian existence if one behaves in a certain way, believes in a certain way, and yet that never manifests. Yet it continues.
[CHRIS]

‘Strigoi’ is a fascinating name, invoking the Romanian spirits. According to Casket, it has extra significance for their musical approach. “There’s numerous connotations with that,” he says, “the restless spirits that can change shape and alter into all these different forms, which runs along with the concept of the band, that we can be all these different things. We can be a doom band, a grindcore band, we can have these esoteric passages, we can be intelligent, we can be pissed off, with this eloquent restraint, all the things we are attempting. It can be anything it wants to be.”

Strigoi’s sound is certainly complex and multilayered, and there are songs on Abandon All Faith that really stand out as unnerving and jarring, such as Seven Crowns. “Where that came from initially”, Casket says, “was, well it’s no secret that the UK has had a rather turbulent political period, it just struck me, the perpetual cycle that society is stuck in, how do I say this without getting into a political tirade… Essentially it breaks down to broken promises, every period in government…and it also relates to the concept of organised religion…the promise of utopian existence if one behaves in a certain way, believes in a certain way, and yet that never manifests. Yet it continues. It’s the promise of all these things that never materialised. And yet still we persist. That was the starting point of that. Nobody tells the truth. Seven Crowns Corrupted…quite a nihilistic take on things but also based in fact.”

Anti-religion is a powerful concept, but the idea that religion can be used as a scapegoat, stopping us from owning the problems of the world, reveals the existential character of Abandon All Faith, Casket says, “‘Abandon all faith’ doesn’t necessarily have to be [about] religion. If I was to actually go in depth as to where that song comes from, it’s actually quite a terrifying proposition. It follows this ethos of appearing very open, multilayered and multi-faceted but the album starts with ‘there is no heaven, there is only hell’ …that’s the first words anybody every heard from us …that is almost a statement of intent for the whole album, to finish with Abandon All Faith. As strange as it sounds, this actually comes from a position of positivity, this is what this is, from a humanistic standpoint, things are so fractured and so broken and so horrific… there is a school of thought that change is required, I’m not taking a political standpoint but my point of view is, but once you perhaps process that realisation, you are almost fireproof, it means that you can do what you want, and in a positive way.

“You can make positive change, you can do different things. It’s kind of that, when you have the burden of religion on you, you must live a certain way, even though perhaps for the normal person life is not what you hope, it’s difficult …so if they follow religion, it’s okay, if my life here is going to suck…it’s okay, the next chapter when I die is going to be great. If that ‘get out’ didn’t exist, would you change?”

Abandon All Faith is out now through Nuclear Blast Records