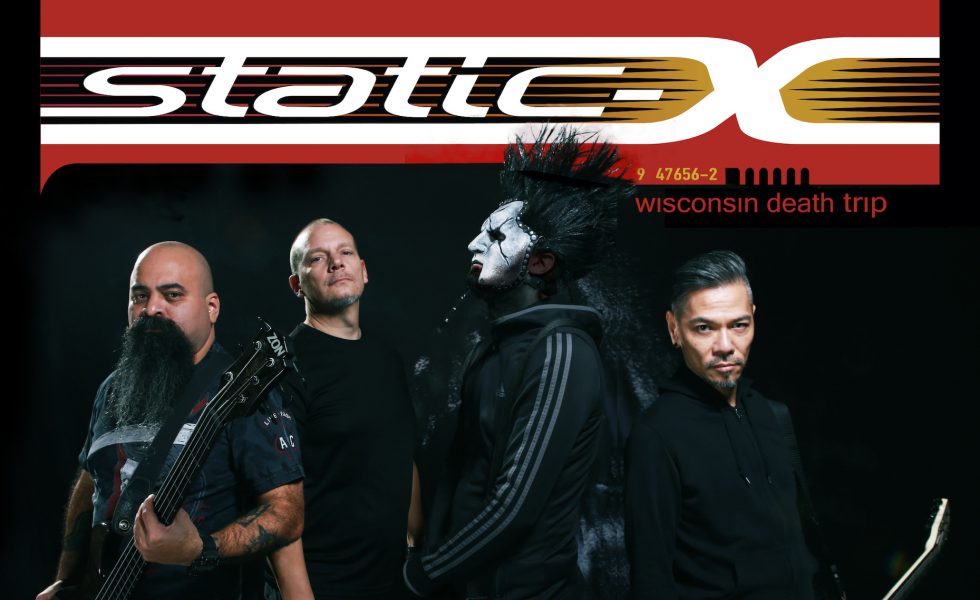 While interest in their later material waned, the impact that album had allowed Static-X to continue in various combinations until 2009. In the wake of an Australian tour, vocalist Wayne Static announced a hiatus to concentrate on other projects. An aborted reunion effort on his behalf was followed by the singer’s sudden death in 2014.

Earlier this year, bassist Tony Campos, the only surviving member of Static-X to play on every album release, announced his intention to tour again. The tour giving him a chance to commemorate his friend and celebrate the twentieth anniversary of Wisconsin Death Trip.

With a titled inspired by the work of journalist Michael Lesy, the album saw release during a flooded groove-heavy nu-metal market. Even so, Static-X stood out. By adding industrial metal elements and stray traces of thrash, Wisconsin Death Trip struck a chord with audiences for its creativity. The album’s success kept Static-X touring for most of the next two years.

The success of their album even took Static-X by surprise. To a bunch of guys still excited about just having a record out, “It was all just like icing on the cake.”

A lot of the fans, but more importantly, Wayne’s family, is behind everything that we’re doing. Even before we went public with this, I ran everything we were doing by them, and fortunately, they gave it their blessing and their approval.
[TONY]

“We way surpassed any expectations about what this band could do. I remember when we first got interest from management, we started talking about how we were going to tour. Me and Wayne were both monster truck fans, so his idea was to buy a quad cab pick-up truck and pull a trailer! That’s how we were going to tour!” He laughs. “That was the bar for us! We can make enough money to buy a pick-up truck and tour that, we’ll have made it! Anything after that was just mind-blowing.”

Wayne Static died in his sleep on 1 November, 2014. He was three days shy of his 49th birthday. He left behind a wealth of unreleased tracks which Campos collected. With the help of original recording members Koichi Fukuda and Ken Jay all under the guidance of producer Ulrich Wild, Tony will release them in late 2019 as Project Regeneration. Right now though, Campos, Fukuda, and Jay are touring the debut album in full to celebrate the 20th year of its release. In place of the late frontman, the band has recruited an anonymous vocalist who performs wearing a mask in the likeness of Static. When Campos revealed his plan for this tribute, there was some outcry from those who considered the move to be ghoulish, crass, and cheap. But he had the support of all the right people.

“Everybody’s entitled to their opinion,” he says. “A lot of the fans, but more importantly, Wayne’s family, is behind everything that we’re doing. Even before we went public with this, I ran everything we were doing by them, and fortunately, they gave it their blessing and their approval. So we feel like we’re doing this for the right reasons. Our hearts are in the right place, and if people feel like they want to doubt us, they’re more than welcome. I can live with that.”

Missing the opportunity to do the tour would have given him more pause for regret.

“If we were ever going to do something, this would have been the time to do it. Coinciding with the 20th anniversary of our first record, it gave us the opportunity to do a proper job for not only the fans, but the memory of Wayne, and to do it right.”

Working with his old pals again, recreating a moment of magic from twenty years ago for themselves and their fans, for Tony Campos it feels like the right thing to do.

“It’s bittersweet, for sure,” he says. “It’s really cool to not only play these songs, but to be in the same room as Ken and Koichi again after all this time, to have them just click again. It’s really cool to reconnect with these guys… bittersweet because obviously Wayne isn’t with us, but when we’re in the room we can reminisce and remember Wayne for the guy he was. It feels good, man.”