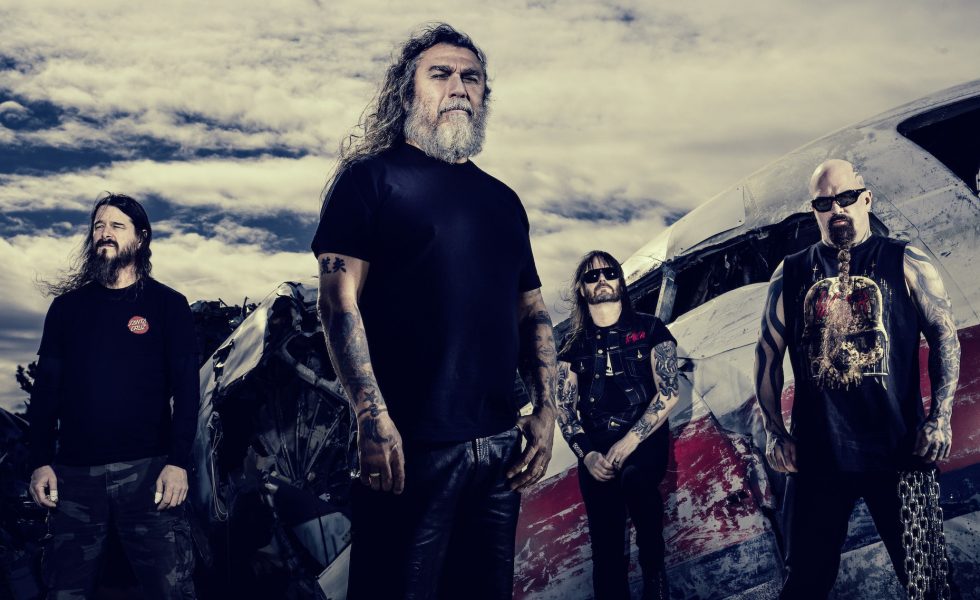 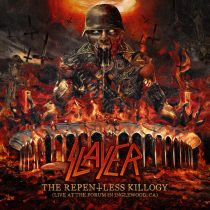 SlayerThe Repentless Killogy, Live At The Forum In Inglewood, CA

Nov 07, 2019 / WORDS Audrey Gerrard / PHOTOS Martin Häussler / Slayer might be in farewell mode, but the mania of their live set is forever enshrined
10
Slayer Conquers All.

The Repentless Killogy, Live At The Forum In Inglewood, CA is the new and potentially last live album from thrash metal legends Slayer.

It was filmed at the Forum in Los Angeles on 5 August 2017, during their 2015-2017 Repentless tour. This may be one of the most significant live albums in recent years. After over thirty years of recording twelve studio albums, intensive touring, and generally being ferocious and uncompromising custodians of thrash metal, Slayer announced their final world tour. The Repentless Killogy, Live At The Forum In Inglewood, CA will be released in the final month of The Last Campaign, Slayer’s epic 147-show final world tour. As this live album foreshadows, the final two dates of this huge last tour for one of metal’s mightiest mainstays will be performed at the Forum at the end of November.

Across twenty-one tracks, Slayer’s greatest songs from throughout their career are performed in epic style, capturing the intense energy of Slayer’s notoriously malicious live onslaught.

Amidst the roar of a raging horde of fans, the set opens with Delusions Of Saviour. Across twenty-one tracks, Slayer’s greatest songs from throughout their career are performed in epic style, capturing the intense energy of Slayer’s notoriously malicious live onslaught. Such classics include, perhaps obviously, War Ensemble, Mandatory Suicide, Seasons In The Abyss, South Of Heaven, and Raining Blood. Closing with Angel Of Death, incidentally also the last song their late guitarist Jeff Hanneman performed live [in 2011], this is one live album that not only commemorates a hell of a career, but forever enshrines the experience of one of metal’s most exhilarating live bands.

The Repentless Killogy, Live at the Forum Inglewood, CA is ‘Part II’ of an extensive finale from Slayer; Part I being a trilogy of three music videos [You Against You, Repentless, and Pride In Prejudice] done as a short film. It will be available as an audio double-CD, and two-disc vinyl in exotic colours, as well as the set filmed as a visually stunning Blu-Ray. In a satisfying turn of history, Slayer had formed in the L.A. area in 1981, but they had been for many years banned from playing in the greater L.A. County. And yet, here they are, at the Forum in Inglewood, after so many years, performing a merciless set before scores of devoted fans. And for their triumphant farewell, they will return this November. In short, Slayer conquers all.

STANDOUT TRACKS: Seasons In The Abyss, Raining Blood, Angel Of Death, or whichever iconic Slayer track is your go-to.
STICK THIS NEXT TO: Your personal Slayer shrine, or the others of the ‘Big Four’ of Thrash: Metallica, Anthrax, Megadeth