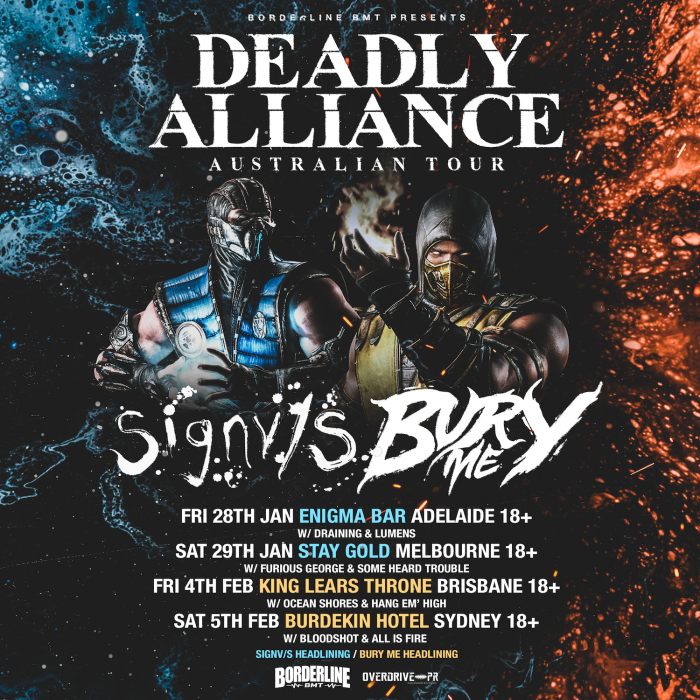 Signv/s and Bury Me have announced supports for their upcoming double-header of heavy: the Deadly Alliance tour.

Celebrating the very best that Australia has to offer, they’ll be joined by Draining and Lumens (Adelaide), Furious George and Some Heard Trouble (Melbourne), Ocean Shores and Hang ‘Em High (Brisbane) and Bloodshot and All Is Fire (Sydney).

The shows will mark Signv/s first national tour, and they’ll follow the release of the band’s latest EP, Disgrace. Influenced by the likes of Knocked Loose and Alpha Wolf, the record has seen worldwide support and even landed the band a spot on Perish Fest alongside Diamond Construct, Starve and Life’s Ill. Bury Me also recently released new music in the form of their debut EP After The Suffering.

Tickets for the Deadly Alliance tour are on sale now through Borderline BMT.