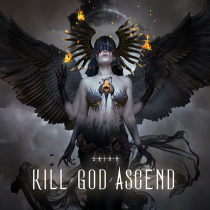 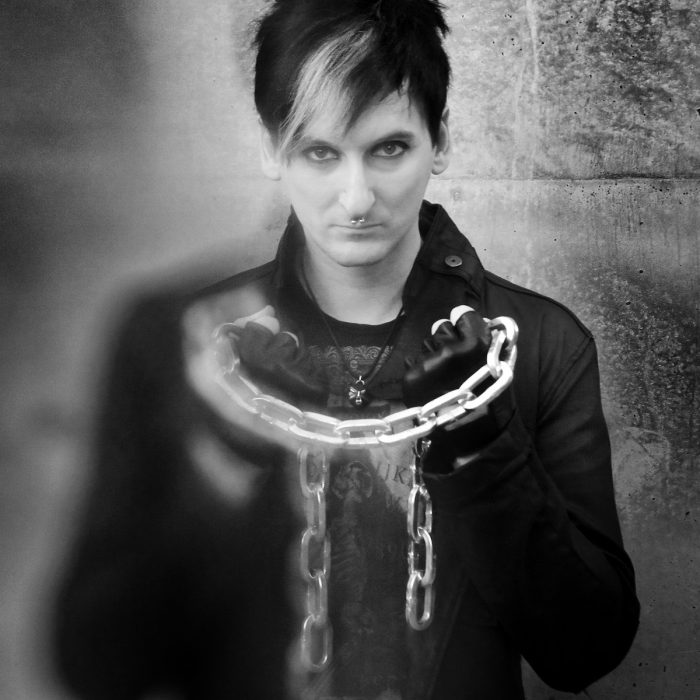 Australian electro-industrial force SHIV-R are back with their fifth album Kill God Ascend.

Formed a decade ago, the duo of Pete Crane and Ben Bulig has chalked up serious touring miles over twenty countries and some of Europe and North America’s most killer festivals to arrive at their fifth full length album. Seeped in darkness and seething emotions, Kill God Ascend is a powerful statement that SHIV-R are here to drop some heavy sound and level anthems of discontent.

Kill God Ascend hammers in with its title track, infused with a satisfyingly tangible level of visceral grime that carries into the second track Borne From Hate. With dense guitar sound perfectly embedded, this heavier, semi-guttural track sets a bold, angry mood. At the outset, Kill God Ascend appears as solid dark aggrotech. But this isn’t the sum of it. The textures of Kill God Ascend are remarkable and Shiv-R are continuing to push the boundaries of what this subgenre can do musically and thematically. While never losing the overarching climate of seedy electro-darkness, Kill God Ascend moves into a run of tracks that are as engaging and innovative musically as they are disturbingly emotive. Premium here is Blue Turns To Black. More spaced out with latent, full-bodied groove, Blue Turns To Black is deep and angry but also edgy and seductive. Comparisons are a little redundant with SHIV-R’s complex and unique style, but this one’s a bit like an unnerving harmony of Perturbator’s sultry moods and the grit of Machines of Loving Grace. And it works all on its own.

SHIV-R’s approach to electro-industrial music is as exhilarating as it is dark and profound.

Kill God Ascend is SHIV-R’s sound darker, heavier, and angrier. This is also true thematically, and while there is a lot of space in this album for the listener to interpret it on their terms, the persistent stance that one gets is that of defiance. SHIV-R have offered a sophisticated and nuanced working of the concepts of darkness, nihilism, antiauthoritarianism, from straightforward, relentless tracks like Empire and World Ends Tonight to more melodic, lyrically poetic songs like Promises of Armageddon and Stone and Skin. In this latter vein, Valley Of Deaths is an intriguing and powerful track that introduces some acoustic guitar as the journey waxes and wanes through a spectrum of emotions; pared back and vulnerable in places, complex and robust in others. Closing with the palpable rage and oscillating sparse-chaotic sensations of Turpentine, Kill God Ascend’s parting track consolidates what this album demonstrates overall: SHIV-R’s approach to electro-industrial music is as exhilarating as it is dark and profound.

STANDOUT TRACKS: Borne From Hate, Blue Turns To Black, Valley of Deaths
STICK THIS NEXT TO: Psyclon Nine, Machines Of Loving Grace, Perturbator