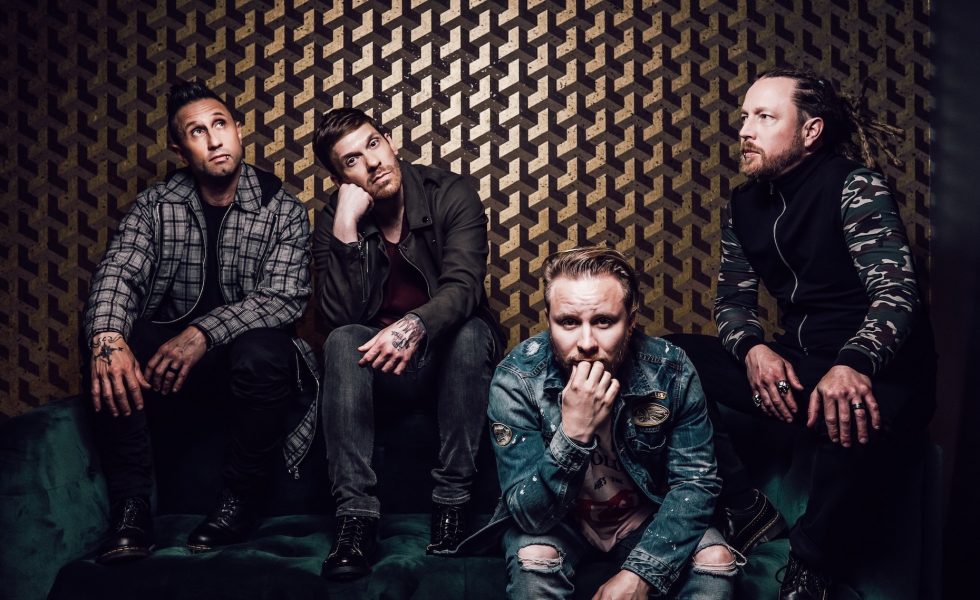 SHINEDOWN // Stepping Up In A Worldwide Pandemic

In a time where the world’s entire population is being devastated by the effects of the COVID-19 pandemic, many musicians are coming up with ways to raise funds and bring awareness to the situation.

Hard rock frontrunners Shinedown have delved deep into their back catalogue to find a song that will hopefully bring some happiness to people struggling in this time. Frontman Brent Smith explains the process of releasing relief track Atlas Falls and working with Direct Relief in support of the pandemic.

“That first weekend when everyone was told to shelter indoors, I’d never heard the term ‘pandemic,’ I didn’t understand what COVID-19 was, I had never heard of the term ‘social distancing,’ or any of that. I just got online and started to educate myself and do everything in my power to be objective about all of it,” tells Smith.

“The reality of that was looking into that, I came across an organisation called Direct Relief, an organisation that is based out of Santa Barbara, California. They’ve been around since 1948, they work with all 50 states in the U.S but they also work with 100 other countries, Australia being one of them.”

“They were pretty instrumental in the fires that were going on last year and the beginning of this year. Shinedown actually created a shirt and all the proceeds went to the relief efforts that we could be a part of for the fires that all of you had to deal with. It’s difficult when you look at the whole picture and then you get hit with this virus alongside the rest of the world.”

“What this organisation do is they make sure that the people in the medical and scientific community have all the resources they need during times of crisis, whether you’re talking about poverty, natural disaster or a pandemic, this is where these men and women go into action.”

“The reality is that their goal is not biased, it’s not political, they’re just there to maintain and get essential needs for the medical staff and for these scientific staff to take care of on the ground during times of crisis.”

What this organisation do is they make sure that the people in the medical and scientific community have all the resources they need during times of crisis, whether you’re talking about poverty, natural disaster or a pandemic
[ Brent Smith ]

“So, we pulled the song out from our vault that had never been heard before called Atlas Falls. It’s always been a song about optimism and perseverance and the human spirit, and we created a t-shirt with them. You can go to shinedown.com and when you hit the link with the Atlas Falls shirt, you have an option to buy the shirt and it’s $50 USD.”

“We understand the economics from a global standpoint that $50 is a lot of money. $5 is what it costs to make the shirt, but the rest of the proceeds go to Direct Relief. We’ve raised over $300,000 so far with them.”

“[Direct Relief] have been a huge part of getting everybody through this pandemic and they’re very important. We want to be part of the solution and not part of the problem.”

“At the moment, streaming services can’t have [Atlas Falls]. If people are to talk about Atlas or want to play it, it’ll get people to talk about and know about who Direct Relief are why they’re important. They’re an organisation who were here before COVID-19 and they’ll be here after.”

“The shirt will stay on our website and for as long as we continue to make it, the money will continue to go to Direct Relief.”

As for Atlas Falls, the track was written back in 2010 when Shinedown were writing Amaryllis, but the track never fit on the album.

“A lot of people think we wrote the song after we found out about COVID-19 and what everybody’s dealing with, but the song is eight years old and the song that you hear today is the song that it was eight years ago. We were trying to put something out that gave people optimism.”

“Atlas is the god of endurance, and picked a fight with the Titans, his older brothers, and he lost and Zeus placed the weight of the world on his shoulders as a reflection and an understanding of him needing to be more selfless and not as selfish, so he was trying to prove a point more than anything.”

“So, the question was asked, if you place the weight of the world on Atlas’ shoulders, what happens when Atlas falls because eventually, he will, who will help Atlas? That comes down to humanity, to us uniting as people, as a society and a culture and it doesn’t matter if you’re a man, woman, young, old, the colour of your skin–that’s irrelevant.”

“You can keep the politics out of society and you can keep the underlying that that we’re all here and we’ve been given a gift with life, so while we have it we need to focus more on helping one another than trying to destroy one another. I’ve always said we’re at our best when we need each other and that couldn’t be more apparent than right now.”

“The song is about not only optimism and understanding that you’re not alone, but you have to sometimes call in the cavalry at times because you can’t always hold everything up alone, but you should be able to depend on your family and friends and the people around you when times are tough and you should know that you have help around you.”

Amid the crisis, Shinedown are still trying to pump out new material and projects.

“In June I’m leaving California and heading to Charleston as we begin the writing process for the next album that’ll come out later in 2021.”