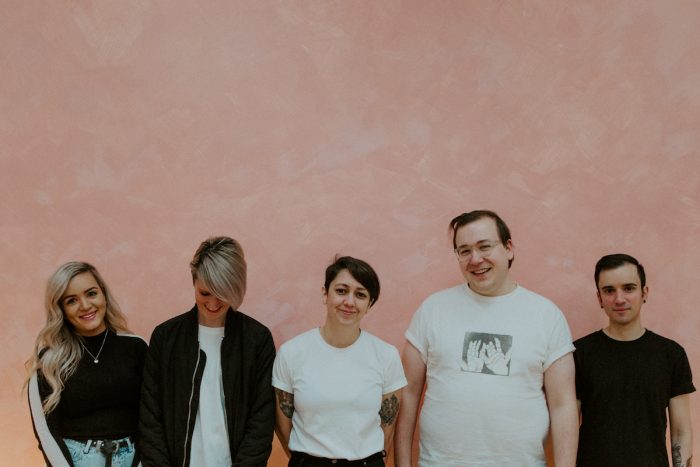 Self Talk are known for absolutely nailing that fun, uplifting and summery indie-rock vibe, and Don’t Ask is no different. They’ve given us nostalgic riffs, cheery drums and of course, the iconic sweet vocals of Stacey Cicivelli.

The band manages to walk a fine line between Australiana indie and pop-punk, melding the two genres to create their unique sound. The track was produced by the head of Domestic La-La Records and Violent Soho guitarist James Tidswell (Dear Seattle, Dune Rats) and it sounds like he knew exactly what the band was aiming for.

Don’t Ask was originally an add-on to the beginning of another one of their songs, Clean Washing, where the verse began as an intro when they played the song live. “It became a kind of part 2 to Clean Washing, a bit of a resolution,” says Cicivelli.

It’s about realising that some of the stuff you’re fed growing up about being a successful woman is nonsense, about seeing yourself clearly and making your own rules.
[ Stacey Cicivelli ]

The lyrics in Don’t Ask have a strong and important meaning, Cicivelli explains, “It’s about realising that some of the stuff you’re fed growing up about being a successful woman is nonsense, about seeing yourself clearly and making your own rules.”

Self Talk have been taking it slow as a band for the past couple of years, with various members playing with Aussie rock favourites Ceres. They made their comeback as Self Talk in June this year with their cracking single Food Court, which received heartfelt praise from music critics around the country.

These last two singles have been a great way to re-enter the scene as a band, giving the world some great music and uplifting positivity when it’s needed the most. Fingers crossed they’ve got a few more bangers in the works, but for now we’ll happily listen to these on repeat.

Don’t Ask is available to watch and stream on all good platforms.