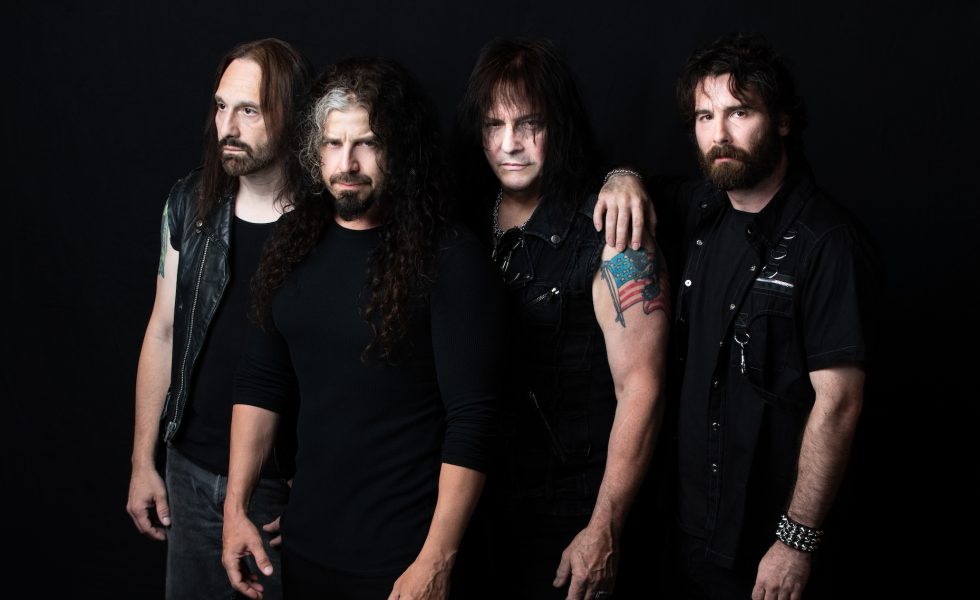 1984. What a year. For American power metal band Manowar, it was a year right in the middle of an intensely creative and energetic time.

After releasing their storming debut Battle Hymns in 1981, they’d continued their onslaught with 1983’s Into Glory Ride, and in early 1984, unleashed one of power metal’s all-time classic albums, none other than Hail To England. This November, Manowar’s renowned guitarist Ross ‘The Boss’ Friedman himself brings Hail To England to Australia, and we can all revel in Hail To England’s thirty-five year milestone celebrations, and it’s going to get loud.

That sure was a pretty rapid run of albums, what prompted so many so quickly? “A lot of it was that we had to, a lot of it was how many songs we were turning out, just how good we were, how we did the work for it, how creative we were, extremely creative, back then, it just flowed, the music just flowed, and we kept recording.”

In the energetic spirit of the times, Hail To England was allegedly recorded in only six days … “In six days, yeah,” Ross confirms the story, “Very quick. We didn’t have a lot of money back then, in the budget, and yup … six days, that was the case. We had all the songs worked out then went into the studio.”

We will do the record then we will branch out into some other Manowar classics, you know, from my era, then mix in some Ross The Boss stuff.
[ Ross The Boss ]

We all know how widely appreciated Hail To England is now as one of power metal’s all-time classics, but how was it received when it was released, in the first performances? “Yeah the audience reacted to it very well,” Ross says, “the songs actually, like Blood Of My Enemies, Kill The Power, Each Dawn I Die, Army Of The Immortals … the audience reacted well. I mean, our audience back then was just building, just finding out about the band, just getting to know the band, so they had to catch up with us, because we were so creative, and doing it so well. You know, sooner or later they caught up with us,” he laughs.

Hail To England certainly is an album that emerged from a vibrant age. On how this album has stood the test of time, to be so celebrated thirty five years later, Ross says, “Well, people can hear what they hear in the songs, they take what they take out of it, people react to the songs, they react to the melodies, they react to the musicianship, people react to the choruses, you know, pretty much the same as they always have, which is a great reaction, like ‘wow … this record!” It has stood the test of time, because in the end, great songs are great songs, and greatness is its own reward.”

The Ross The Boss Band was here in Australia in 2018 and we will again see the incredible lineup that includes vocalist Marc Lopes, bassist extraordinaire Mike LePond and Steve Bolognese behind the kit. On how this amazing lineup reinterprets these classic tracks, Ross says, “The music is pretty much the same, though I don’t play exactly the same guitar solos, only on the ones I have to, like Battle Hymns. I play with feeling, I play with what I feel when I feel it. I stick to a basic structure with the solos, especially on the old songs, which you kind of have to, out of respect, and then there are things that I just go off on.”

The format for the Australian shows is intriguing, delivered in two parts, the first being of course Hail To England in its entirety. On what we can expect from the second half, Ross informs us, “We will do the record then we will branch out into some other Manowar classics, you know, from my era, then mix in some Ross The Boss stuff. It’s going to be really interesting, fans are looking forward to it, we’re getting a lot of love, a lot of their expectations, last year we blew the place apart and we’re going to continue in that same mode of blowing the place apart! We can’t wait and we’re extremely excited!”