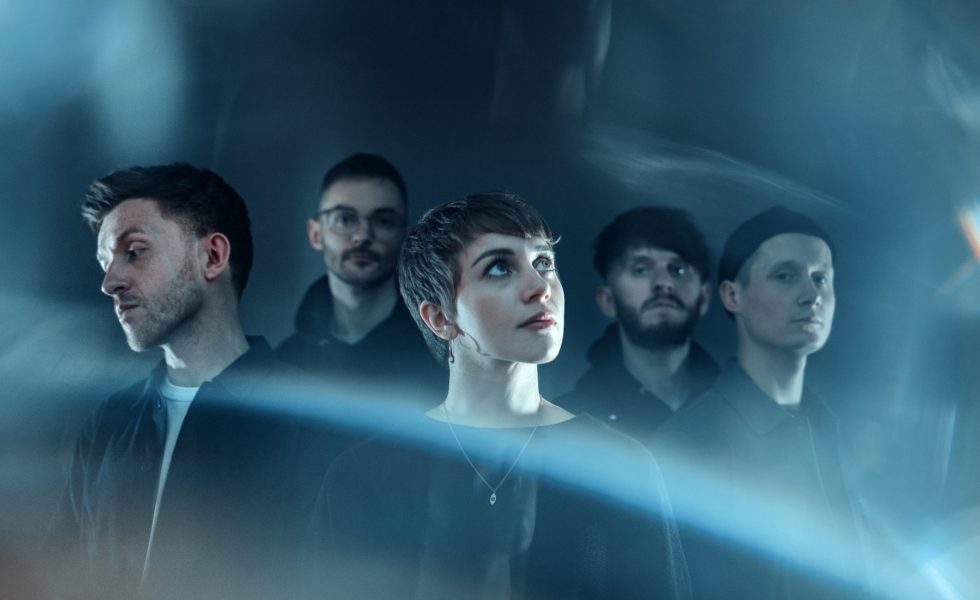 ROLO TOMASSI // At Their Mystifying Best

Rolo Tomassi have always been ambitious. From their earliest days, they’ve made waves with their experimental, off-the-wall sound.

They did it on Hysterics (2008), on their recent record Time Will Die and Love Will Bury It (2018), and now they’re set to do it all over again on their sixth LP, Where Myth Becomes Memory.

We caught up with the band’s James Spence to chat about the record, pushing the boundaries and more.

Hysteria: It’s been a few years since your last album. What has the band been up to?

James: We toured the previous record until the pandemic decided we no longer could. At that point, we’d already started working on Where Myth Becomes Memory, so we just spent more time on it than we usually would. Especially with writing. We kept ourselves busy with that. It was a good project to work on when we couldn’t do the other things we wanted to do.

In past statements, you’ve called this your most ambitious and creative album yet. Do you think the extra time is what gave it that title?

Absolutely. It’s a mixture of that and not having any pressures or deadlines. It wasn’t like we had a touring schedule we needed to adhere to. We weren’t in a rush to finish it. Sometimes that can be a bad thing because you do need deadlines. But, having that extra time and purely being able to focus on this definitely contributed to the results we got.

What exactly makes it such a creative album in your eyes?

We pushed ourselves more than we ever have in terms of the different elements of our sound. The contrasts on the record are starker than they ever have been. We were heartened by the response that the last record got, especially when we were touring it. We took a few risks on that record. At least they felt like risks at the start, but once we saw the reaction, they felt completely justified. That helped us have the confidence to push things further. Like with our more melodic and poppy side, but then knowing we could find a balance between that and the really heavy stuff we do. This record is the first time we’ve used more industrial sounds. We pushed more noisy elements. It was all about finding the balance between those things.

Some of our past records have been more emotionally intense, and we didn’t want to go through that again. It’s a lot to pour yourself into that.
[James Spence]

Given how well the last album was received, did you feel any pressure with its follow-up?

I’d be lying if I said we didn’t. But any pressure that was there was self-inflicted. It wasn’t that we felt we had to please other people. We felt we had set a standard that we had to maintain. It was good to have that to motivate us when we were writing.

Run us through what inspired the record lyrically.

The lyrics are something that Eva (Korman, vocals) is more focused on.  For her, the themes were change, renewal and rebirth. She wanted to look forward, not backwards. In the past, everything’s been quite reflective, but this record was more about being in the present and exploring those feelings. Ultimately, it’s a record that’s more positive lyrically. Some of our past records have been more emotionally intense, and we didn’t want to go through that again. It’s a lot to pour yourself into that. It can lead to good results artistically, but it’s not always healthy mentally. That’s something Eva was focused on this time around.

Yeah absolutely. We feel it would drag you down into a big pool of sadness doing that all the time.

Well, that’s the thing. It’s not just about writing and recording. It’s performing it too. If you’re writing stuff that means something to you personally, having to almost relive experiences can be a lot and a real drain. This was an opportunity for us to take a different approach and hopefully move forward with something that’ll be a bit brighter.

It’s interesting. With everything going on in the world, it seems like a lot of the music coming out now is darker. You’re doing the opposite in a sense.

Ultimately, different people react differently to their circumstances. Eva took the opportunity to do something different for her. And we’re delighted with the response.

Talk us through the recording process. What was it all like?

Eva had to record the vocals in the US, where she lives. It was disappointing for all of us that she couldn’t be here, but we worked through it. We’d done all of the demos separately, and it was definitely a different experience, but we made it work through the magic of technology. In terms of my experience recording in the UK, it was fantastic. We worked with the same producer, Lewis Johns, at the same studio we’ve done the last three records at. My main memory was how wonderful it felt to be doing it in the middle of a pandemic. To be doing something that felt normal and natural. I hate using the word normal, but with the last few years feeling anything but that, doing something that felt so familiar was exactly what we all needed.

And we all have such a great rapport with Lewis Johns. Every time we’re in the studio with him, it’s wonderful. He’s developed and grown as a producer from record to record. He’s a complete dream to work with, and he always gets the best out of us.

We here in Australia have a bit of fomo over your upcoming tour dates. So tell us, what’s next?

We have some shows coming up in February. We’ll just be doing shows in the UK. We did have to cancel our shows in mainland Europe because of restrictions. It’s disappointing, but we’re thankful we could make something work at home at least. We’re aiming to do a run of festivals and shows in Europe in late June/July. From September onwards, we’re aiming to get into more international touring. But mainly, we’re just monitoring the situation with travel restrictions and crossing our fingers, hoping for the best. We’re desperate to get back to Australia. We had to cancel some dates we had with Sleepmakeswaves, which we were really looking forward to. We’ve been fortunate enough to tour Australia a handful of times. It’s somewhere we love visiting. I hope we can come back in the not too distant future.