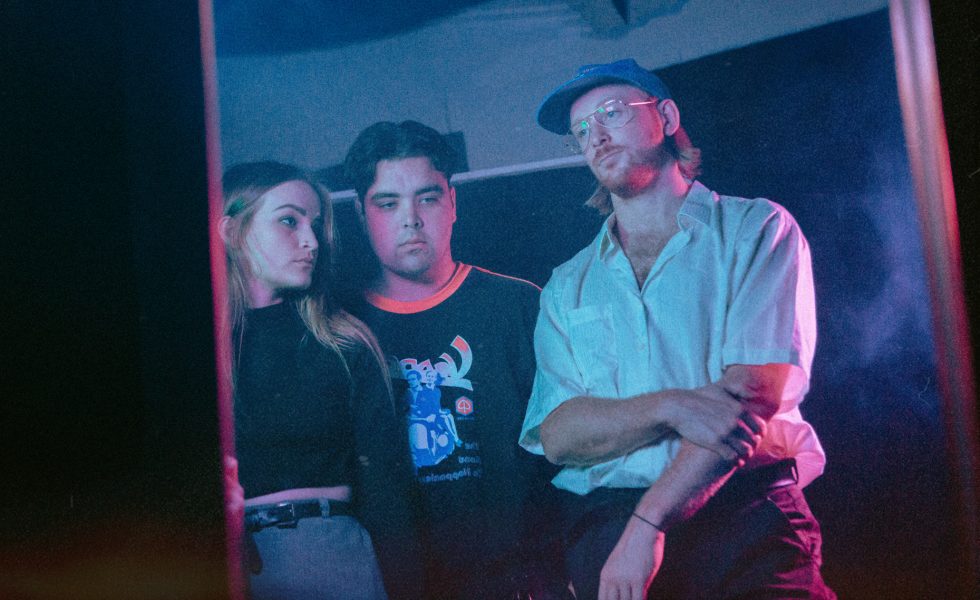 MORE: The Amity Affliction: Bringing Misery Home // METALLICA: Return To Oz For Massive October Tour // SLAYER: Total Destruction Down Under One Last Time // BEHEMOTH: This Stage Is My Domain REVIEWS: CHILDREN OF BODOM: Hexed // IN FLAMES: I, The Mask

Recorded and mixed by Fraser Marshall (Grace Turner, Fritz), the wild and unpredictable tune features bassist Lindsay O’Connell on vocals for the first time since joining the band. Navigating the frantic vulnerability one experiences when entering a crowded space alone, the track is also accompanied by a bloody delightful video that sees the band in a hyper Where’s Wally quest through their hometown of Newcastle.

Speaking of the track vocalist and guitarist Joab Eastley says:

“We’re aiming to convey the emotions that cloud your judgement in that anxiety-inducing moment. It centres on the feeling of being exposed and how it’s possible to internalise and misinterpret the glances and proverbial ‘daggers’ that get thrown your way,”

Stabs will feature on the bands forthcoming EP, currently due for release in the mid-year. Its release comes off the back of the announcement that the Novocastrians will be playing The Hills Are Alive Festival this March. (Tickets available here)

In the last few years the three piece have gone from strength to strength. In 2018 they released their mega dance punk track SUDS, following on from the success of 2017’s two breakout singles 2 U XOXO and k bye. In the past year they have completed a national headline tour, including a sold out appearance at the 800+ capacity Cambridge Hotel. They have also performed alongside The Gooch Palms and West Thebarton, and have appeared at festivals including Groovin The Moo, Yours and Owls, Mountain Sounds and Psyched As Festival.

Stabs is available for streaming and purchase now through all good digital music platforms.