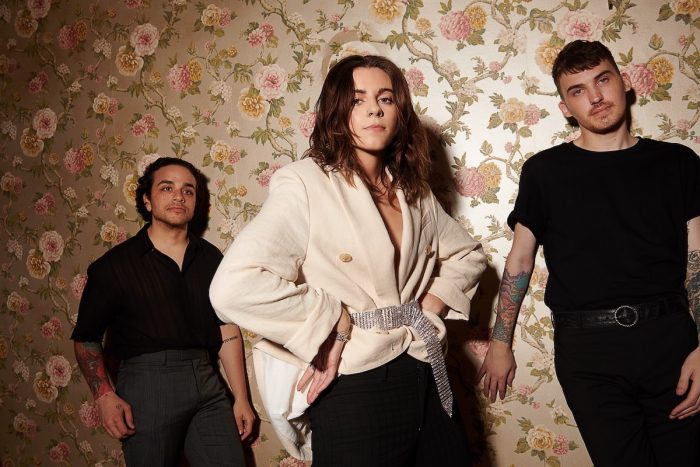 Alt-pop trio PVRIS has dropped their latest single, the synth based Death of Me.

The official video, conceived by frontwoman Lynn Gunn and directed by Katharine White, has also been released with the track.

“We wanted to match the seductive grittiness of the song with uncertain, tense and subliminal visual themes,” says Gunn, speaking about the clip. “We also hid, in plain view, references to the occult and divination, to be unpacked by the viewer … if they so choose.”

Death of Me was co-produced by Gunn and Grammy-nominee JT Daly (K.Flay). It is the first look at the band’s forthcoming full-length album, and is also their first release since signing to Reprise/Warner Records earlier this year.

PVRIS released All We Know of Heaven, All We Need of Hell in 2017. The album debuted at #12 on the ARIA chart and reached #4 on both the UK Albums Chart and the U.S. Alternative Chart.

PVRIS last toured Australia in 2018, as part of their first headlining tour. Before that, they had also toured with The Amity Affliction/Motionless In White in 2018, Beartooth in 2017 and Circa Survive in 2015. Internationally, the trio has also toured with Muse, Fall Out Boy and 30 Seconds To Mars. Since forming in 2012, they’ve earned acclaim from the likes of the New York Times, Rolling Stone, Alternative Press and Billboard. They’ve also represented the scene on the small screen, performing on Jimmy Kimmel Live! and Last Call With Carson Daly.

Death of Me is available for streaming and purchase now through all digital music outlets.