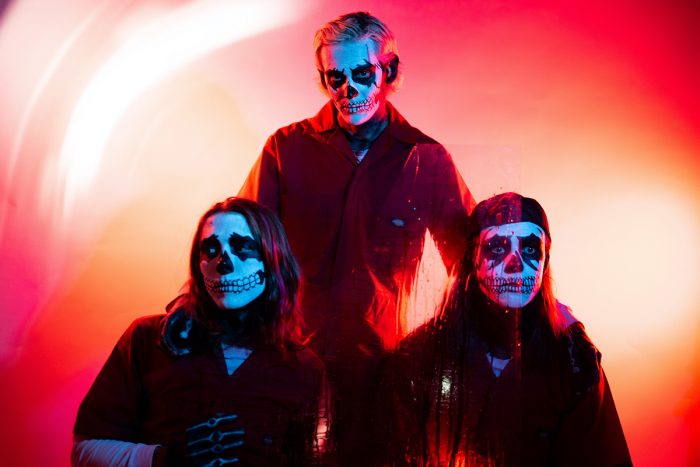 Nocturnal Animals dropped their ferocious single Dancing In The Blood the other week and are now spilling more blood with the accompanying music video.

Pairing with the high-voltage punk anthem that explores the sexual tension that is built up on the dance floor, these animals are turning up the gore in this nightmare of a clip that is fitting for the title of this number.

As Nocturnal Animals blast out their track on the stage, a couple makes a late entrance to this underground nightclub. Ignorantly, the male protagonist is way too far ahead of himself but soon realises his egomaniac ways have landed him in a frenzied bloodbath. The band states:

“The music video tells the tale of a young man out on the town, who finds himself with a girl heading to an exclusive club. In his mind, it’s all going smoothly but … he’s in for a ‘bloody’ surprise.”

Dripping in blood release after release with their unapologetic punk-rock energy, Nocturnal Animals are seriously solidifying themselves in the scene. Most recently they supported DZ Deathrays, but now the band are heading on their very first interstate tour, playing in Melbourne, Brisbane and Adelaide.

Dancing In The Blood and the accompanying music video are out now.

DANCING IN THE BLOOD SINGLE TOUR: