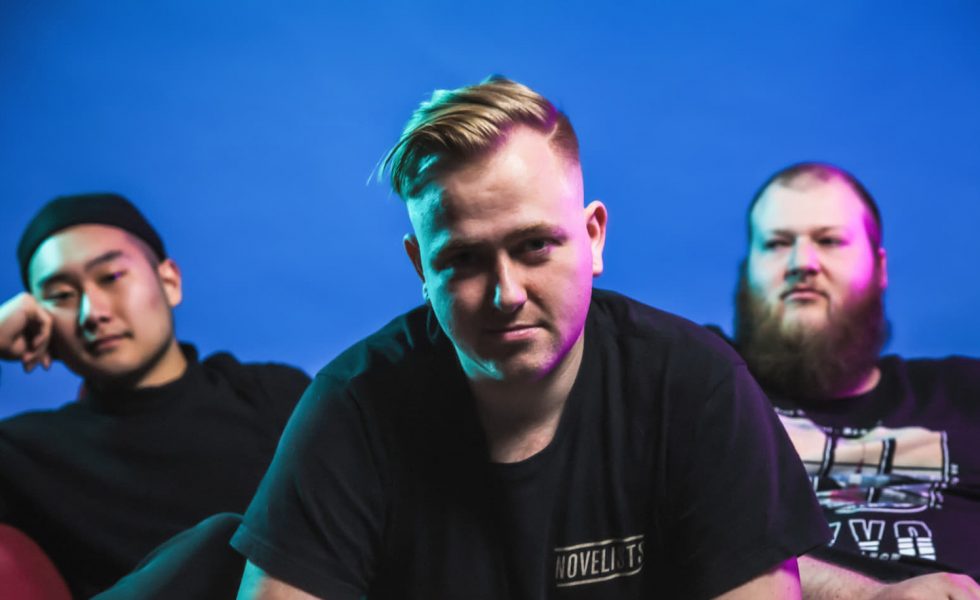 Melbourne metalcore band Nidus have undergone some changes over the last twelve months, and are about to release their second EP Colourshift, a record which they believe reflects the positive moves they have made since their 2017 debut Coalesce.

It’s a different perspective, to hear that a band has decided to step away from using the negatives in this world as influences and try and create something that has a positive outlook, all while keeping the heavier aspects they are known for. So Hysteria got vocalist Dylan Abel on the phone to have a chat about the positive changes in Nidus and their brand new single, Stay.

If you have followed Melbourne band Nidus since their debut EP Coalesce, you might be forgiven for wondering just what on earth is going on with their socials these days. There’s an explosion of colour on the page and it is brighter than the dark, brooding photos you would usually find on a metal bands socials. But this change perfectly reflects what Nidus have tried to do, as they have stepped away from the norm and decided to approach their songwriting from a completely different angle—one of positivity, with an upbeat vibe.

It’s an interesting approach and not one that many bands of the heavy ilk take, but for the band, it’s a direction that they felt they wanted to explore.

“All of our new songs, they are meant to be a lot happier and a lot more positive than our recent stuff,” Abel says. “The new colours on the page definitely go with the theme of the title and are meant to represent a change in pace for us,” he continues.

There are still elements though, of the older, darker influences creeping through, and the first single off the EP, Stay, sort of ends the chapter with their older style as they moved in their new direction and both the song and the film clip reflect this. “It is the least positive song off the release, which probably doesn’t make as much sense!” Abel laughs, as they are trying hard to keep away from the negative outlooks.

“But even when we talked about things [while writing the track], we chose to try and come at it from a positive light. It tells the general story without trying to touch too much on the negatives of a breakup,” he explains.

I was thinking of ideas and I knew I didn’t want to do a cliche storyline about relationships. So I was spitballing ideas and I was like well, what if we just have someone unknowingly chop us up!
[ Dylan Abel ]

The clip itself is quite a gory outing though, and a little bit left-field considering the subject matter. “It was a last-minute, crazy idea!” Abel says of the clip content. “I was thinking of ideas and I knew I didn’t want to do a cliche storyline about relationships. So I was spitballing ideas and I was like well, what if we just have someone unknowingly chop us up!” he laughs.

The clip, while being gory as, could be seen as the final door closing on their darker influences as Abel explains that they have a second video and single coming out in the coming weeks, which is definitely more upbeat for them. “There is another video that we will be releasing later that talks about a break up in a positive way, sort of like ‘this has happened, this means it can happen again’ and learning and growing from that,” Abel says, without giving too much away of the upcoming EP.

As a whole, it’s not just the lyrical concepts and themes of the new Nidus material that are written in a more positive outlook. The music itself is a lot more fun, with more pop-punk styles creeping in to blend with the heavier breakdowns and screams. “Our guitars are definitely a lot happier sounding,” says Abel. “There’s a lot more major chords and things going on. We wanted to be a bit more refined too, our songs are structured a bit better and make more sense which is what we wanted to go for,” he explains.

It’s not just a change in outlook that the band have gone through in the last year, however, as they recently had their second guitarist depart the band. And with their bass player Callum Fearne moving towards more of a part-time role with new family commitments, Nidus have had to change the way they do things within the recording studio and on stage. It’s a collaborative effort though when the band are writing and recording as Abel explains. “It’s a toss-up between myself and Louis [Pyo on guitars and vocals] writing most of the songs. I think on this EP we wrote about two and a half songs each. Then we get together and chopped and changed a few things and then we got Jack [Tunnecliffe on drums] in and he fine-tunes some of the drums,” he explains. “I will also handle all of the bass when we are writing,” he says as Callum’s commitments are more focused on his new baby, even though he will always be a big part of the band.

It’s this outlook and feeling of being a part of a family that Nidus are portraying with their new, positive direction, and one they hope their fans can get behind. “Colourshift represents changing our colours as we don’t want to do super-angry music anymore, we want to do something positive, upbeat and a lot faster,” Abel says.

Pre-order Colourshift here, due out from Nidus on 25th October.