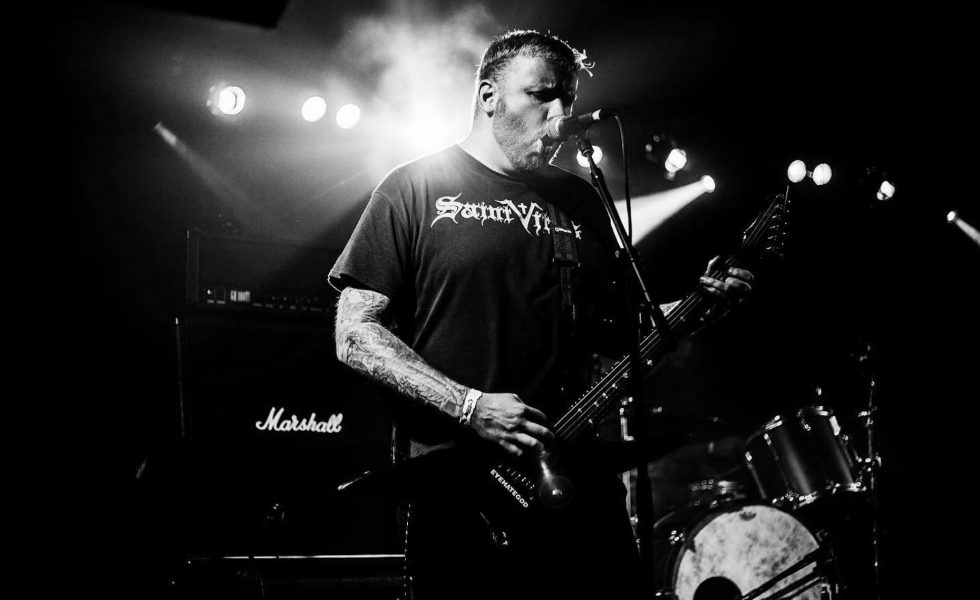 Their second album is ready to be unleashed on 6 December. The video clip was filmed and edited by Wilson Bambrick.

Arising from the tapped-out cone of stoner metallers I Exist, Mental Cavity is like a collision of Bayou sludge and Everglades death metal riffery. Recorded in country New South Wales with renowned producer Mike Deslandes (YLVA, Pagan, Tropical Fuck Storm), they intended their isolation to draw out the purest aural chaos possible.

Formed in 2016, the band released their first full length Aneurysm in 2017. Mental Cavity is Aaron Osborne on vocals and guitar (also host of the Oblivious Maximus podcast), Alex Young on vocals and bass, Rohan Todd on guitar, and Simon Murphy on drums.

You’ll be able to catch Mental Cavity supporting Black Rheno and Eyehategod during November on the Canberra leg of their Australian tour. Tickets are here.