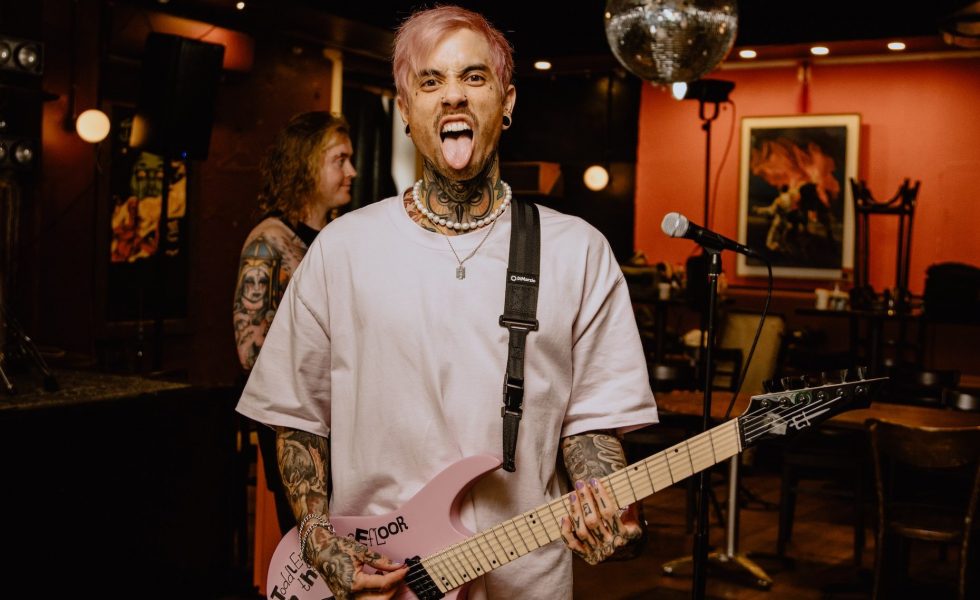 Time travel headfirst back into the days of house parties and youthful indiscretions with Sydney-based pop punk wizard JSTNXMLLR and a brand new music video for his latest track NOT actin rite.

Seizing attention via his recent work as a solo artist, JSTNXMLLR, aka Justin Miller, former vocalist for Sydney pop punks ISOTOPES, has swiftly taken ears and airwaves by storm thanks largely to his debut breakout anthem Fake Fcuk, and its follow up I Feel So. And while the latest JSTNXMLLR jam NOT actin rite is yet another energetic barrel of angst, polish, and catchy throwbacks, the track as well as its accompanying clip’s glossy good vibes (and Machine Gun Kelly’s pink Schecter PT with a JSTNXMLLR twist) leave a jubilant trail that sticks with you long after the viewing’s subsided.

Of the new music vid out this week, Justin shares: “If I can be honest, to put it simply … NOT actin rite was written based on a complete idiotic idea and stupidity. From the get go it was about channeling that 2000s era like I was back underage drinking breaking curfew again, thinking it was cool, remembering when I was back crashing house parties every week whilst having my mum call me worrying where I am, then waiting up til I got home and talking shit with us all in the living room. It’s just a dumb bit of fun. It’s like you’re living life like you’re in the fast lane with no responsibility and no regret, then dealing with the consequences after the event. I’ll say it again: it’s just a dumb bit of fun. The music video I feel accompanies all of that perfectly from jokes, to the music references and nonsense – and so much more if you spend the time to really pick at the clip. To top it all off, a great memory for everyone involved to look back on one day and think of how much fun it all was and how smoothly the whole thing worked out for the filming process.”

Once again teaming up with Colin Jeffs from Ten of Swords Media to conjure the clip, NOT actin rite follows Justin from a wake up call, complete with mum decked out in a My Chemical Romance tee, to poppin’ pills, picking up band members, and rocking the hell outta a venue; and, of course, all with Justin’s increasingly polished aesthetic woven in throughout.

An emotive ode to adolescent stupidity that’s as criminally catchy as it is a slick sonic feast, NOT actin rite is yet another solid addition to the JSTNXMLLR journey that has seen the Sydney artist crack over 300k streams on Spotify and YouTube alone since his debut. Come for the pop punk charm, stay for the riotous fun – go give the new clip a watch below before it’s officially unleashed into the world.

FOR FANS OF: MGK, KennyHoopla, Yungblud, Nothing Nowhere