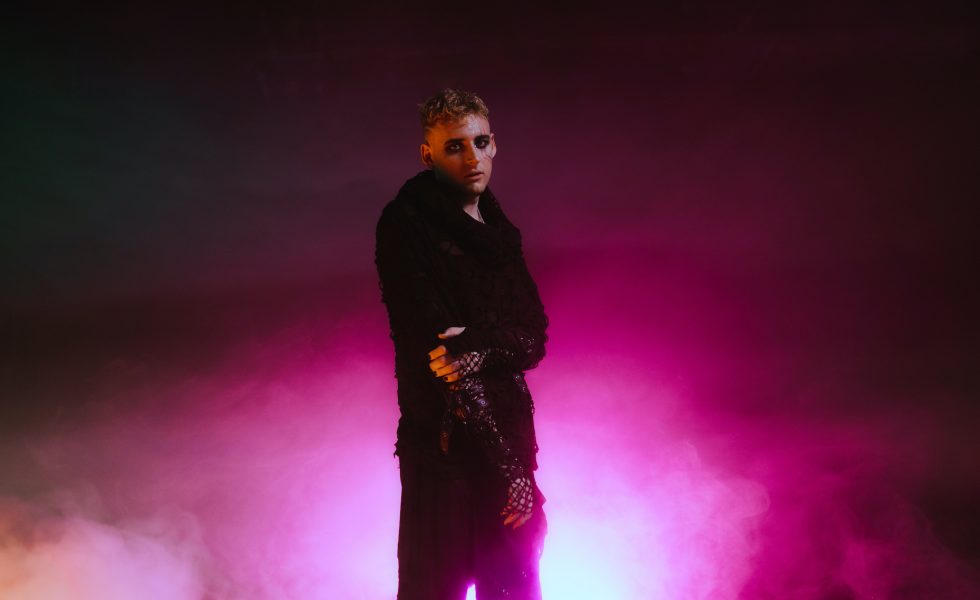 Jaga is the moniker of Jacob Thrum, the Brisbane native on a mission to smash moulds into dust.

With experimentation in his crosshairs, this genre-bender has released one unique track after another. Now, he’s shared Contagious, the final track of his upcoming EP Disturbia. We caught up with him to chat about how it all came together and his plans for the rest of the year.

Hysteria: Tell us a little about your musical journey.

Jaga: I made music all through high school. But when I left, I found a really good outlet in the heavy scene in Brisbane. So I latched onto that and was in a few projects before Jaga. I feel like I’ve really found my footing now though.

How do you feel Jaga compares to those past projects?

It was harder being in a band, just getting everyone on board with the same ideas and making sure everyone was happy. It’s good to have full creative control and make all the decisions. But also, if things go wrong, it’s on you. There’s no pointing the finger.

Congratulations on the release of Contagious. What’s the story behind the track?

It’s a bit of a heartbreak story. You can trust someone so much, and when that goes away, you have no one to talk to about it since the person you would’ve turned to is the one who broke your trust.

Music can be such a great outlet in those situations. So was the track a personal one for you?

I don’t tend to write from personal experiences, but I guess everyone can feel this track personally in some way. Whether it be through a relationship or a friendship, everyone’s had that loss of trust with somebody. I try to write songs that people can relate to, no matter their situation.

We find that approach really interesting. Tell us more about it.

It’s a bit weird how I come up with my lyrics. I just write things down and find the meaning after the fact. It sounds unorthodox, but it works the best for me! I don’t think I could think of a topic and write a song about that. It’s more just what comes to my head.

Whether it be through a relationship or a friendship, everyone’s had that loss of trust with somebody. I try to write songs that people can relate to, no matter their situation.
[ Jaga ]

Tell us some of your standout moments from the writing and recording process of Contagious.

Finishing it! [laughs.] It took the longest out of all the songs. It was the first one I started writing with my producer Callen Batson (Days Like These), and it was the last one we finished. We put it on the backburner. The bridge was holding us up. We didn’t know what to do with it instrumentally. Everything we tried sounded weird and broke the song’s flow. Figuring it out was a standout moment. The whole writing process was really enjoyable. It was a new experience. I’d never done something that professional or high standard before. Having regular session time and continuing to work was great. I’m usually really impatient, but it was worth waiting it out until we got it right.

There are so many different sounds on the upcoming EP. We love it, and we feel like genres are getting increasingly more irrelevant. But if you had to describe your sound to someone simply, what would you say?

There’s a bit of Machine Gun Kelly. He’s my main influence. There’s some Nine Inch Nails, some Marilyn Manson, some Blackbear…I’ve never been able to think of a genre to put myself under. I would just call it alternative rock/hardcore/rap. It’s unique, especially as a local artist.

Agreed. It’s as though that scene is growing in the U.S., but it hasn’t quite reached here yet.

Definitely. There’s MGK, nothing.nowhere and, in the UK, there’s Yungblud. There’s nothing quite like it here though.

What are you hoping people take away from Contagious?

It’s a bit of a depressing song. There’s not really a happy ending to it. I hope people take away the sensitivity of it and think about how fragile relationships can be. Then I hope people can work towards not putting themselves in a situation like that.

I’m opening up for Days Like These at the Brightside in August. I have another single recorded too; I’m just waiting for it to be mixed and mastered. After that, I plan to take another week away to go into the mountains and write and record for the next EP.