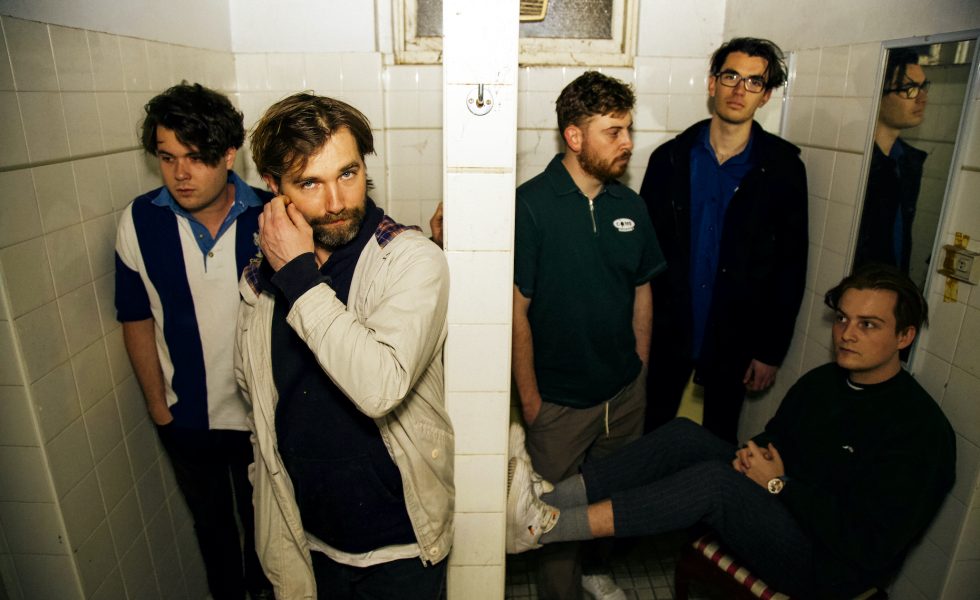 If you thought Dead Mall couldn’t match the energy of their debut single, Cough it Up you were dead wrong!

The hardcore up-and-comers have returned with Eyes, a rowdy number that’ll have one man moshpits starting up in bedrooms all over Australia. This time, they were inspired by toxic masculinity. We got guitarist/songwriter Joe Willis to tell us more.

Joe: I’m Joe. I play the guitar and do backing vocals. We have Ruari Burns on harsh vocals because we’re sort of doing hardcore music (laughs). We have Liam Ruddo on the drums, Adam Lindsay on bass and Darcy Long on guitar.

What brought you all together?

I’ve known the guys for a really long time. Adam and I played in a band called Split Feed for a while, and we made friends from playing with these guys other bands. The first tour Split Feed ever did was with Ruari’s band, Jacob. Darcy plays in a band called lamphead. and we’ve done a couple of shows with them. And Ruddo plays in a band called Resident. We thought it’d be a good idea to come together and make heavier music. Our other bands are not quite as heavy, but we all have a passion for it. We decided to get together and treat this band as an outlet for our heavy stuff. It’s been super fun.

Congratulations on the release of Eyes. We love the story it’s telling; can you share it with our readers?

It’s about the idea that some people almost find being intimidating pleasurable. In the sense of toxic masculinity and the impact it has on nightlife and stuff like that. The idea of having eyes in the back of your head relates to how these people create such a bad vibe, and how you almost have to have those eyes at the back of your head and always be looking out to stay safe.

Eyes follows on from your debut single, Cough It Up. Did your approach to this one differ at all?

This song is actually the first one I wrote for the upcoming EP. We’ve had these songs for almost a year now. It’s just been hard to get them out because of COVID. Before we decided to go down the hardcore route, Darcy and I were recording demos in his bedroom. He actually records all our music. We were going for more of a pop-punk sound; we didn’t really know what we were after. I remember one day I went home, and Eyes just happened. I just liked how it sounded. It became the song that helped us understand which route we’d go down. It’s got a special spot in all our hearts.

Tell us about some of the different stages this track went through.

We had a bunch of songs, but we didn’t have Ruari in the band yet. We were still looking for a vocalist, and because we didn’t have one yet, we didn’t quite know what sound to go with. Once he came in and did some demos, we knew what we’d do straight away. He had a really harsh, gritty quality to his voice. We treat our writing process now the way we did Eyes.

Give us a view inside the recording room. How’d this one come together?

Darcy records all our music. But we go to a studio in Newcastle called Tommirock to record all the drums since he doesn’t have room for that. He’s got a small bedroom, but he’s been doing it for a while, so he really knows what he’s doing. This was the first time for all of us where we had the freedom to not conform to deadlines or anything like that. We could just stay in Darcy’s room for the whole day. And even if we thought of something new the next day, he’d just say come over.  We didn’t have to worry about finishing the song in time like you would if you were in the studio. We tried to get creative and weird with it. We tried out some random stuff that we thought was cool. We just had the liberty to do so. It was awesome.

Eyes will be the second single from the EP. After it drops, we’ll just drop the EP in full. There are five tracks, but they’re all quite different. That said, they all have the harsh, hardcore sound. As I said, we tried to throw in some weird but cool stuff. We have Ruari’s vocals, but we also have three-part pop harmonies. We tried to blend everything together to make something that hopefully sounds unique.

The EP should be out in late November. Past that, we hope to play some shows. Hopefully, we can time it right and have some good times.