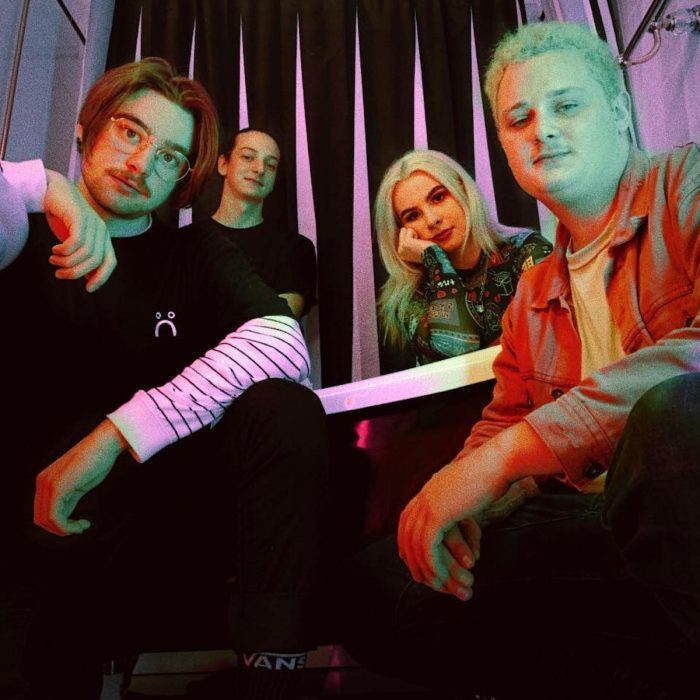 Surprisingly enough, the track is only the third ever single from the band, but the confidence they pump into their tracks shines more than ever in Sleep Sound. Closure’s talented clean vocalist Lucy May flexes on all of us with her unique silvery vocals on the track while being complimented by the effortless growls of her counterpart/scream vocalist—super reminiscent of post-hardcore frontrunners Dance Gavin Dance. Continuing the post-hardcore vibe, Closure also delivers some funky, jazzy riffs throughout Sleep Sound.

The video has the band jamming in a little house, the simple concept that could have been filmed during restrictions. The cute granny furniture and trippy visuals teamed with the creativity behind the filming and editing bring back a sense of normality after so many bands were forced to film music videos on Skype during quarantine this year.

Closure have unapologetically unleashed their sound into the world, and they seem to be getting stronger with every track they release.

If you aren’t familiar with Closure, they’re a four-piece band from Sydney who have been quietly racking up streams with their catchy tracks in the past year. In their short (but very sweet) time as a band, they’ve shared stages with Aussie faves Columbus, Young Lions, Belle Haven and Ambleside as well as British legends Deaf Havana.

Taking inspiration from bands like Yours Truly and Movements, Closure have unapologetically unleashed their sound into the world, and they seem to be getting stronger with every track they release. While they’re filling gaps within the Australian music scene, they seem to be setting themselves up to give the entire genre a good shake-up.

Apparently Closure have got even more new music they’re cooking up behind the scenes, so definitely keep an ear out.

Meanwhile, Sleep Sound is out now to watch and stream.