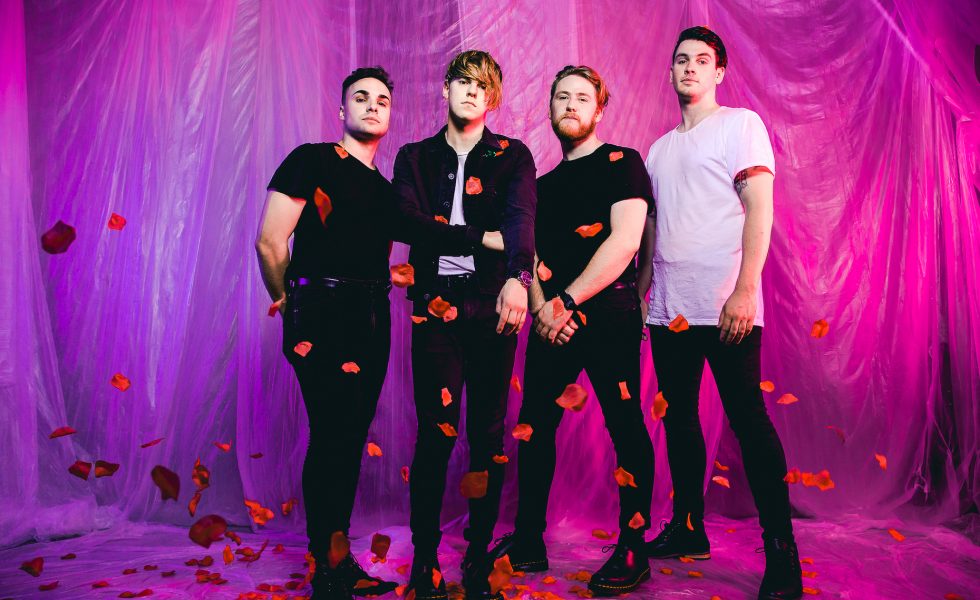 Sydney pop-rock quartet Capitol Affair are bringing some colour to a grey world with new single Medicate, a beacon of hope for those struggling with mental illness. Watch the video below.

MORE: OCEAN GROVE: A Slight Return To Earth // NORMA JEAN: In Service Of Rock And Roll REVIEWS: THE AMITY AFFLICTION: Everyone Loves You… Once You Leave Them // OCEAN GROVE: Flip Phone Fantasy // CODE ORANGE: Underneath // VIOLENT SOHO: Everything Is A-OK // AUGUST BURNS RED: Guardians // IRIST: Order Of The Mind

The track was produced by Chris Blancato (Hellions, Northlane, Sienna Skies), and feels home somewhere between The 1975, The Maine, and Paramore. The video was directed by Andrew Vaughan. Forming in 2018, this single follows up It’s Too Late which found buzz on triple j Unearthed, and their debut EP City Lights.

Lead singer and guitarist Jarrad says “When I started Medicate, I was asking myself whether I should engage in what I know is unhealthy behaviour for me, to deal with what I’m going through. Was the pain bad enough for me to disregard my own health?

“I had only half finished the lyrics when I showed the band this song. Ricky [bass] and Thomas [drums] also had a lot to say on the topic and finished the lyrics with how they felt. It was comforting to know that they had similar feelings to me, and were able to express it as the band.”

Despite being written and recorded before the Coronavirus disease (COVID-19) pandemic and social distancing, Medicate has become a lot more potent now people are isolated at home, Ricky says.

“That’s something that we’ve actually been thinking about leading up to the release of medicate. You know, depression and anxiety are just some of those things can creep up on you when you’re not really expecting it, and having to self isolate because of everything that’s going on at the moment, it can be really tough to stay on top of your mental health. We think that’s something a lot of people can relate to in times like these. It’s hard to be by yourself sometimes, it’s hard to deal with intrusive thoughts when at the same time you’re trying to keep yourself and your family and friends safe. I think this song is our way of letting people know that we’re all in this together, we’re not alone, we will be ok, and we’re strong enough to get through this.”

The subtle colours in the video make for a striking set-piece that feeds into the concept the band was trying to create, Ricky says.

“Andrew made the process of making the video an extremely easy and rewarding experience. When we came to him with the ideas we wanted to convey throughout the video, he took the ball and ran with it. The use of the plastic sheeting with the lights illuminating the room from the outside throughout the video was a way for us to visualise that uncomfortable, sometimes claustrophobic feeling that you get when you’re in your own head.”

It’s hard to be by yourself sometimes, it’s hard to deal with intrusive thoughts when at the same time you’re trying to keep yourself and your family and friends safe. I think this song is our way of letting people know that we’re all in this together, we’re not alone, we will be ok, and we’re strong enough to get through this.

The band cites Paramore as an influence; it shows in their punky, yet 80s and 90s singer-songwriter driven pop-sound. Was it a conscious decision?

“Sort of,” Jarrad says. We weren’t really setting out to sound like anything. A song that I was really jamming hard when we wrote this was King of Wishful Thinking by [80s/90s pop duo] Go West. So potentially that leaked through my subconscious. I love that song and that time period of pop music.”

The band has played Sydney’s premier emo club night AM//PM alongside kindred spirits Grenade Jumper and nabbed a support slot for Awaken I Am in their almost two year career. Though tours are off the table for the moment, Jarrad says there might be a “concert at home” right around the corner. “4/4/20. Follow us on Instagram to find out more details!”

All said, Capitol Affair will be making 2020, at least what’s left of it after the lockdown is over, their year. “We’re currently in the recording process,” Jarrad says. “We’re trying hard to get work done in this crazy time. Should have something out sooner than you would think. Hopefully we’ll be back playing shows as soon as everything re-opens!”

Medicate will be available for streaming and digital download tomorrow, 3rd of April.