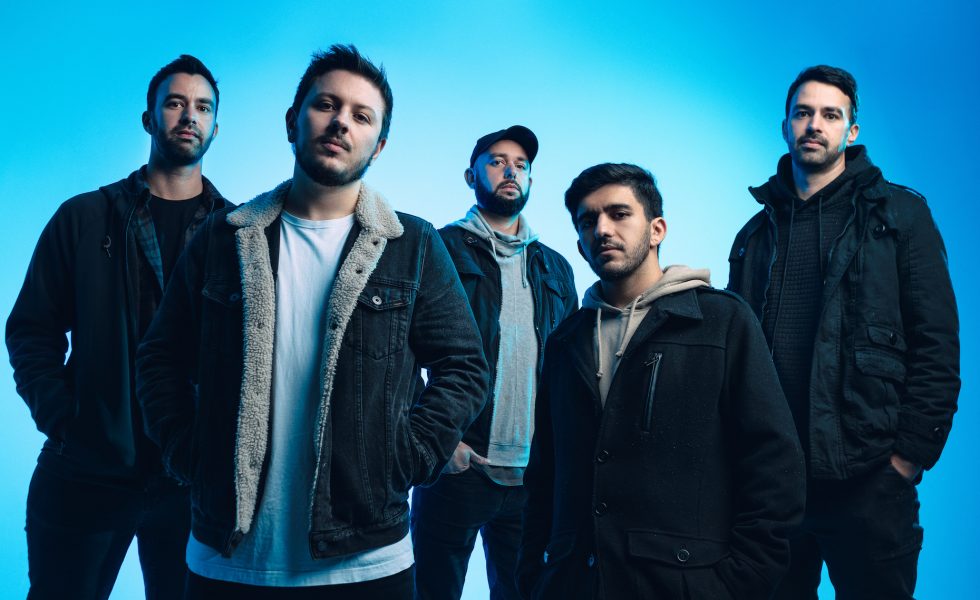 PHOENIX DAY // Rise From The Ashes

While 2020 has brought a lot of bad news for many bands, Melbourne five-piece Phoenix Day have managed to reinvent themselves in these turbulent times.

After a hiatus in 2017 due to the departure of their former frontman, Phoenix Day have found new life with vocalist Alex Dedicious, and have made their triumphant return with the post-hardcore anthem Follow Me Down.

Speaking to the release of Follow Me Down as his debut track with the band, Dedicious explains that, despite the world being the way it is, now was as good a time as any for Phoenix Day to unveil their new sound.

“We could spin any reason for releasing it when we did, and I guess the idea was ‘Yeah, it kind of sucks that we can’t get out and do some tours and play some shows and do things that way’, but, I don’t know if anyone else out there is like me, you’re just kind of screaming for something to do, something to listen to, something new. So, we kind of thought, ‘Look, whilst we can’t back it up with a whole lot of live performing, why not?’ This is as good of a time as any, right?

“And we just wanted to get it out there. It can be frustrating when you write music and you’re playing the music over and over again, and you’re just waiting for that time to release it. It’s brand new for everyone else, but it’s been around for a bit for us, in our minds,” says Dedicious.

Joining a new band can be difficult at the best of times, but with Phoenix Day consisting at it’s core of three brothers–Christian Meyer (guitar), Julian Meyer (bass) and Markus Meyer (drums)–one would think it would be a strange transition for new blood in the band. According to Dedicious however, his transition into frontman duties in the band wasn’t much of a struggle.

I draw on things that I’ve either experienced myself or that I see other people experiencing around me, but I guess the key thing about the song is I feel like it’s something that a lot of people can relate to.
[ Alex Dedicious ]

“To be honest, the guys were really accommodating. Like they were really, really keen to find the right person to come in and kind of change the direction that they’d been playing in for a little while, and someone to shake it up. And I like to say that I think hit the ground running with those guys and we just got along like that (clicks). So, you know, we’re all really collaborative, just super easy to work with. Super easy to get along with.”

“It’s kinda interesting, it never really felt like I was coming into an existing band. I kind of felt like we started this new direction together. So yeah, it’s been awesome working with a team of brothers. And Luke [Sciberras (guitar)], sorry, can’t forget Luke,” says Dedicious.

If anything, the addition of Dedicious to a band of brothers (and Luke) was a benefit for Phoenix Day. Dedicious has been able to offer a fresh perspective in the progression of the band’s sound, with his softer side for heavier elements influencing their latest track.

“I like heavy stuff personally, like I love that kind of post hardcore type, heavy screamo sort of stuff. So, I’ll always be in the background pushing like, ‘Oh, let’s get some more screaming here. Let’s kind of make this bit heavier’, and stuff like that …We all have our own different kind of elements of, like the music that we like to bring to the table. So, the guys, definitely they’re exceptionally musical, the guys that I work alongside and so, I guess I always try and bring in that kind of heavier influence.

“But I don’t feel like it’s something that I can’t explore with these guys. I feel like we are genuinely on the same page in terms of having a nice mixture between the heavy stuff, the melodic stuff, you know. A lot of musicality, but also just a lot of energy as well,” says Dedicious.

Speaking more to the new single Follow Me Down itself, Dedicious’ own interpretation of the track was a key part in the completion of the song, which was already half-written when he joined the band.

“It’s an interesting one, because a lot of the songs that we’ve been working on recently, they’re actually tracks or ideas that had been around since before I joined the band … So Follow Me Down, I think already had, I mean, it already had the sound, it already had that main chorus line, was already there before I kind of jumped on it.”

“But when I listened to the song that the guys had written and then decided to put my vocals over it, I just couldn’t help but think, it’s such a heavy, angry, aggressive song, but it does ebb and flow throughout the song between these heavier parts and then these softer parts. And the thing that I thought of was an argument, right?”

“Just like a disagreement or an argument where, sometimes it really builds, and it peaks where you just want to shout at someone, and you just want to throttle them. And then there’s other times where it’s just kind of, that tension is kind of just building in the background. You just know something’s going to explode or something’s going to blow up, but it’s not quite gotten there,” says Dedicious.

While an argument is surely something we can all relate with, there’s a bit of a personal connection from Dedicious’ own life that worked its way into the message of the track.

“I’m a fairly confrontational person, I don’t mind that. I don’t mind a disagreement. I don’t mind a debate. I don’t mind those sorts of things. So whilst I think like, it definitely comes from personal experience or like, particularly when I write lyrics, I draw on things that I’ve either experienced myself or that I see other people experiencing around me, but I guess the key thing about the song is I feel like it’s something that a lot of people can relate to.”

“There’s a lot of people that have had, you know, big blow ups with their friends or, you know, disagreements in relationships, conflict, all that sort of stuff that the song kind of represents. So, whilst there’s definitely a lot of personal influence in there, I think it’s written in a way, and about a topic, that a lot of people can relate to,” says Dedicious.

For Dedicious, a personal connection to the music is key to his lyric writing process, and something that will carry on throughout his upcoming music with Phoenix Day.

“I think it’s really important to bring that personal element to it. I think if you’re putting music out there that you want people to connect to and relate to, how can they relate to something that you don’t relate to yourself, do you know what I mean? Whether it’s been with Phoenix Day or whether it’s been lyric writing for me just in any capacity, I feel like it really does need to draw at least in part from some sort of personal experience, or something within yourself, so that other people can really attach to that as well,” says Dedicious.

With new music on the way beyond Follow Me Down, Phoenix Day’s latest incarnation have a long road ahead of them. While the first stop on that road is usually something along the lines of touring, things are certainly different for the Melbourne-based band in 2020.

“Well, it’d be lovely to get out and play some gigs actually, but (laughs), with the way the world’s going at the moment, my God. Yeah, look, we’ve got a whole bunch of tracks kind of together that we’d love to release in an EP. We haven’t really thought too long and hard about how we’re going to release that, whether it might be just in stages or something or all at once. But I want people to know that there’s definitely more out there. There’s more to come basically.”

“Maybe some kind of live performances from home or something like what, whatever we can do. I think we’re keen on trying it until the point in time comes when we can actually get out there and do, you know, some sort of tour. Play a gig, get some merch together, do all that sort of stuff. We have to be a little bit creative at the moment, but yeah, we’ll do whatever we can, I think, is the story,” says Dedicious.

Until then, we have a great taste of what the band’s got on the way with Follow Me Down, a track that is a perfect balance between heavy, catchy and melodic; and a heroic return for the band. For Dedicious though, he’s just happy leaving listeners with something they can enjoy.

“No one person is going to hear the music like we hear the music, and that’s completely fine with us. It’s just about like, if you like it, if you relate to it, if you enjoy it. Then, please listen, please enjoy it,” says Dedicious.

Phoenix Day’s new single Follow Me Down is out now.