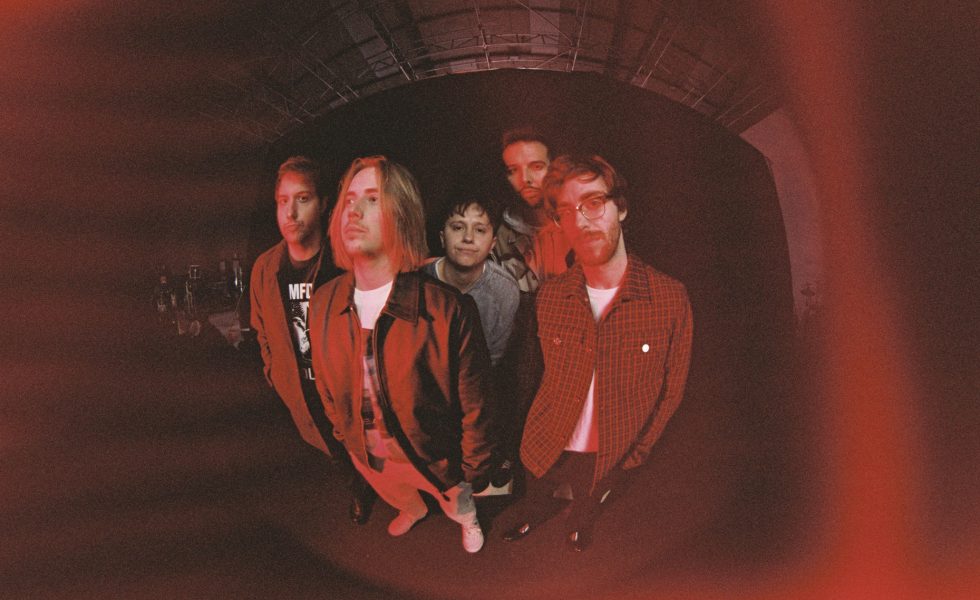 Stripping away the idealistic, romantic nature of love to instead highlight a more realistic and painful reality experienced by many, the band say, “An interviewer in Kuala Lumpur asked us why we don’t have a huge amount of songs about relationships or love. We hadn’t really thought about it before.”

“The answer was that songs like that have been done to death and they rarely capture what love is actually like for most. Songs tend to be idealistic or Hollywood. Real Love Song was an attempt to write a song about love from a self-aware perspective.”

“It’s about the darker side of love—the painful, unrequited kind. It’s love lost or love never gained. Thank you to that interviewer from Malaysia—without you, this song would never exist.”

Alongside the release comes the announcement of their upcoming album Moral Panic, set for release on 23rd October with pre-orders available now.

Produced by Mike Crossey (The 1975, Arctic Monkeys, Wolf Alice), Real Love Song follows the success of Nothing But Thieves’ last single Is Everybody Going Crazy?, which claims the band’s biggest airplay to date.

Nothing But Thieves are an indisputable Aussie favourite, consistently selling out tours and securing spots on the iconic Triple J’s Hottest 100 in 2018 with their Like A Version cover of Gang Of Youths’ What Can I Do If The Fire Goes Out and the band’s own single Amsterdam in 2017.

Nothing But Thieves’ brand new single Real Love Song is out to stream worldwide and pre-orders for the upcoming album Moral Panic are available now.