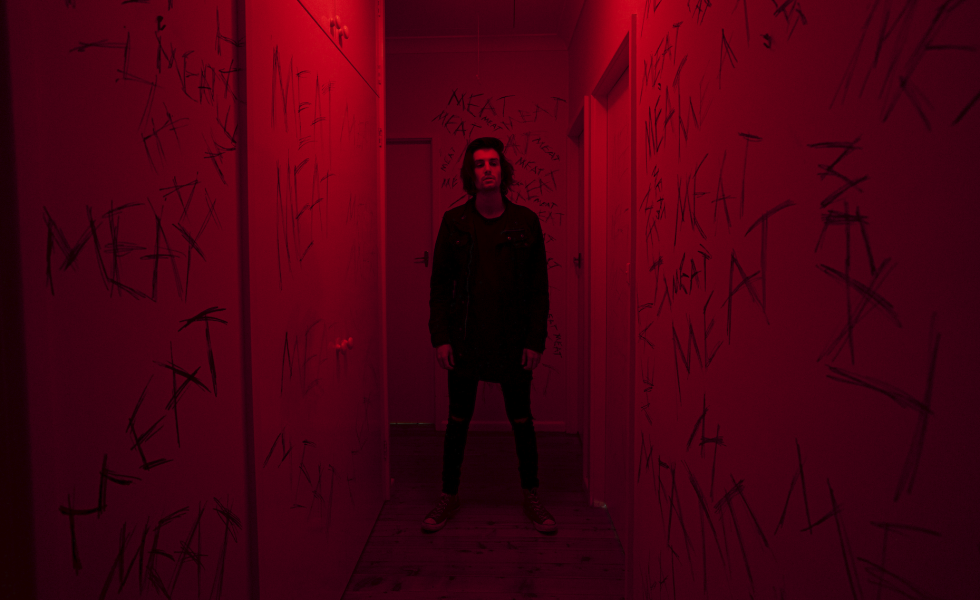 As an experienced vocalist for five-piece metalcore outfit Broken Earth, his passion for creating his own music came from his want for a sound that didn’t seem to exist in the current music scene.

“There was this niche sound that I really wanted to hear—this amalgamation of like, 2000s pop and punk rock that I don’t really get from other bands. So, I was like, let’s get a really good producer and write some cool stuff,” says Grace.

His lyrics come from stories spanning over multiple songs, with dark lore and supernatural themes. Grace’s newest, and second single Diabolical is the introduction to the upcoming narrative.

“The lyrics driving this song is about a girl who plays with an Ouija board, and she doesn’t expect any dark forces to be released. What we see in the song is what happens with the dark forces—they take control of whoever messes with it and show them what they’re made of, which in this case is murdering the woman.”

Musically, Grace has been delving into bands like Enter Shikari and Bring Me The Horizon to find inspiration to modernise his unique sound. Lyrically, he looks to bands like The Black Dahlia Murder and Alesana.

I really get caught up in my own fantasy world, especially during quarantine.
[ Brendan Grace ]

“They’ve written some incredible albums with story spanning throughout and I really get lost in the lore. That stuff I’m a total nerd for. I really get caught up in my own fantasy world, especially during quarantine.”

Diabolocal also has a stunning music video to accompany the song. “I decided to go with one of my friends from high school. He just finished doing a uni course in digital media and he’s an amateur, but the product we got out was phenomenal. I had the main idea of the story line, but they really brought the visual elements together.”

The follow-up singles, set to be released throughout the course of the year and eventually become a collective EP, Grace says will touch on “tragedy as a result of cruelty, which is something we see a lot of these days and we do take for granted the life we have since we only have one shot at it.”

“I just try and live my best life and try and be a good person but there are some people out there that would try and go out of their way to try and inflict cruelty on people.”

As for the future of Necronata, fans can look forward to his upcoming collective EP and a re-release of debut single Cirque du Freak made with a new producer, which will be the narrative follow-up to Diabolical.

Necronata’s music will also be followed up with an online comic, a visual interpretation of the intricate stories told throughout the songs. Once the quarantine restrictions are lifted and venues open again, we’ll be seeing Necronata focus on getting out there and playing shows.

For the time being, check out Diabolical, available to stream and watch now.