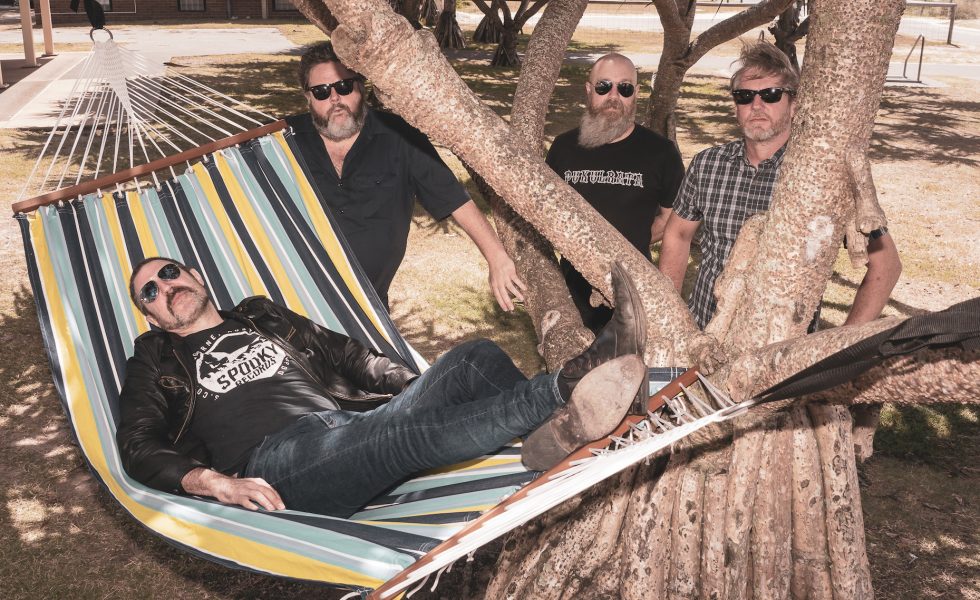 Aussie punk-rock heavyweights The Meanies have unleashed details of their forthcoming record Desperate Measures, while sharing the lead single from the album Cruel To Be Caned.

The lead single of the album Cruel To Be Caned depicts a tale of anxiety, depression and inevitable isolation and the struggle of knowing that such forced expulsion is at once entirely necessary, yet resented.

The track marks the first time Meanie’s bassist Wally Meanie has taken a lead vocal on a song and is accompanied by a kooky horror collage video clip produced by Link Meanie himself.

The Meanie’s forthcoming album Desperate Measures is lined up to be released in July 2020 via Cheersquad Records and Tapes and will be the first studio album from the band since 2015’s It’s Not Me, It’s You, which garnered a slew of standout album reviews.

According to frontman Link Meanie, the album title Desperate Measures reflects the drastic strides we take to stomach the current state of the world.

“Desperate Measures is an album title for the times, whether it be applicable to the rise of right-wing anti-intellectualism, the associated denial of impending environmentally apocalyptic disaster or the cultural lobotomy of today’s popular media,” says Link.

“It’s hard to see a way through this miasma of illogical negativity without … (drum roll) … desperate measures.”

Cruel To Be Caned is available to watch and stream now, and keep an ear out for their upcoming album, set for release in July 2020.