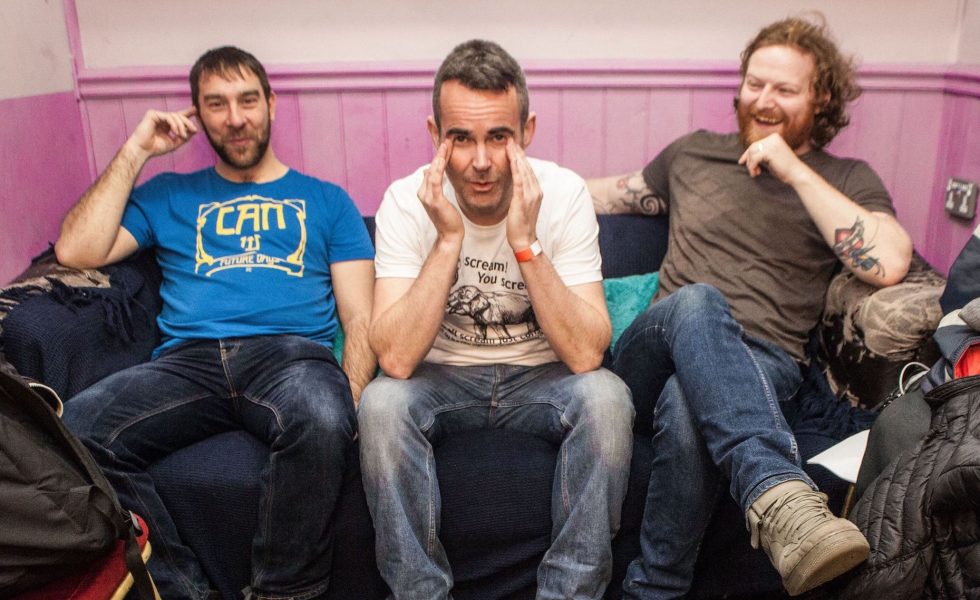 MCLUSKY* // Reformed And Back In Oz This January

Dec 09, 2019 / WORDS Anthony Gebhardt / Every band needs to take the piss out of each other, that's one of the rules of rock and roll

Acerbic Welsh trio mclusky*, whose post hardcore racket originally scythed the early 2000’s musical landscape, recently announced that they would be making a return to the live realm.

Their high watermark release, McLusky Do Dallas, one of the best rock albums of 2002, is in turns abrasively bug-eyed and melodically unhinged—think Fugazi or Shellac bastardising Pixies tunes and you’ll be remotely in the ballpark. In truth though their sound has always been unmistakably of their own creation, both lyrically and melodically, which is always the sign of a real-deal act that ends up mattering across the journey.

And Australia, long one of the trio’s most rabid markets, is the beneficiary of their reformed ways, with the band playing a run of shows here during January. Their initial Melbourne show, at The Corner Hotel, sold out in 36 hours, with a second Melbourne date quickly announced.

This time around they’ve branded themselves with the subtly updated moniker of mclusky* (with an asterix), in recognition of the absence of original bassist Jon Chapple, who resides in Australia and moonlights in Melbourne heavy-gospel act, Harmony, amongst others. Bass playing duties for the upcoming tour will be taken on by newcomer Damien Sayell (of the St Pierre Snake Invasion), in addition to original drummer Jack Eggleton. And of course there’s band linchpin, singer and guitarist Andy ‘Falco’ Falkous, whose sardonic, drop-dead funny wit is the band’s not so secret weapon.

There’s no tension. I know that some people think that tension is the thing that fuels great rock and roll. But those people can get fucked.
[ Andy ‘Falco’ Falkous ]

Just don’t call it a fully fledged reunion, as a very chirpy ‘Falco’, on the line at the un-rock hour of 10am from his home in England, attests to: “It’s not a reformation in the way that bands properly reform. And I wouldn’t have been up for that. So yeah, it’s a slightly different band on stage. But for me, it’s an infinitely more enjoyable experience. And I don’t mean in a ‘pipe and slippers’ comfortable kinda sense. There’s no tension. I know that some people think that tension is the thing that fuels great rock and roll. But those people can get fucked. What fuels great rock and roll is the desire to make great rock and roll. I can understand that people need a story about how music is made. They need to believe that these tectonic plates of experience come crashing together to force this music out. Yeah I suppose that can happen, but it’s also supposed to be fun.” 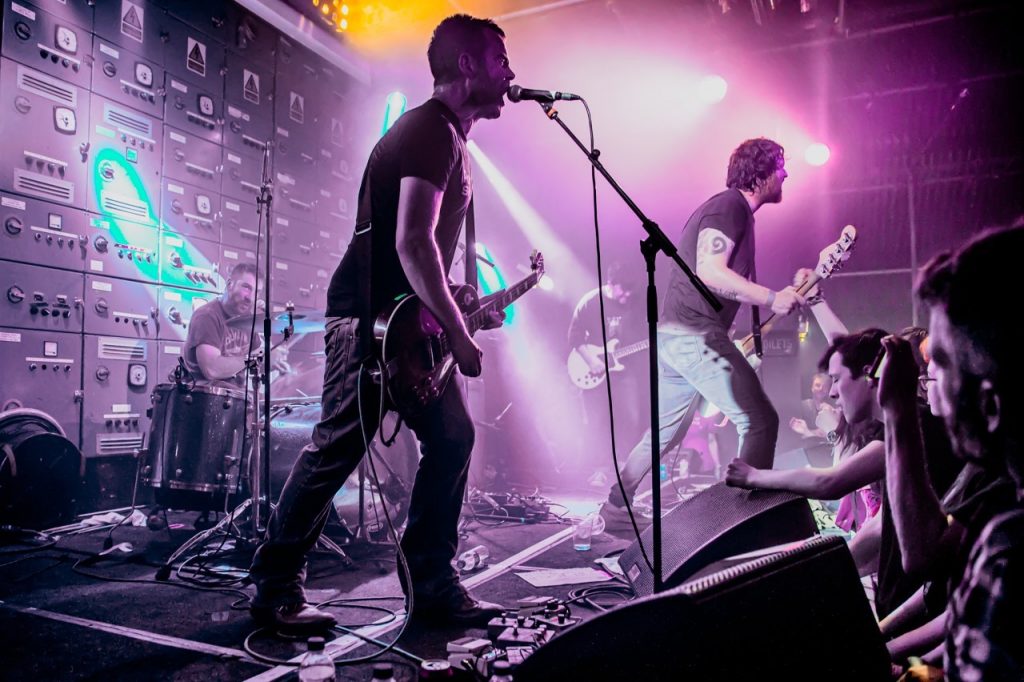 For these upcoming Australian shows, mclusky* will once again be returning in the peak of a sweltering January summer. It’s been a trait of the band (as well as Falkous’ other renowned act, The Future Of The Left) to play Oz in this January window, and I put it to him jokingly that he must be some sort of extreme heat masochist, to which he replies: “I do love being in Australia when it’s very Australian. Whereas Damien, on the other hand, who’s singing and playing bass on this tour, has never been to Oz before and he hates hot weather. 21 degrees is a struggle for him. The Australian humidity, if you’re not used to it, is what kills you. You walk off the plane and you’re like, “my phone is sweating!” Years ago, when mclusky* first played in Oz, Brisbane was the first show, following a 42 hour plane journey. And it was brilliant, it was one of those shows I’ll always remember, but it was physically and mentally devastating. I was absolutely distraught. I’m not worried about Damien though, I’m taking the piss out of him, telling him how hot it’ll be. They all take the piss out of me because of my egg intolerance allergy. I always have to mention it at meals. And everybody always rolls their eyes. Every band needs to take the piss out of each other, that’s one of the rules of rock and roll”

As to what’s in store for Falco and his muse following these mclusky* run of shows, it seems we can expect some new material on the horizon: “A Future Of The Left album has got to happen next year otherwise we’re gonna explode! We need it on every level.”

Not to put too fine a point on it, I love travelling to places with my friends and playing rock shows that people enjoy. And to continue doing that for as many years as possible, until somebody eventually drags me off the stage, would be wonderful.
[ Andy ‘Falco’ Falkous ]

When pressed further on the likelihood of new mclusky* material, it seems there’s a fighting chance it may have the potential to eventuate: “Me, Damien and Jack did talk very briefly about getting together to try and write and see what happens. So it’s been mooted, but that was like a four minute conversation, so no plans have been made and nothing is concrete yet. And it’s not something we’d sign up for until we had the time to go somewhere and try to write. Because you never know the dynamic. Pretty much all of the music I make, with the exception of the Christian Fitness stuff (Falco’s rather spiffing solo project), which I do at home, is created together in a room and improvised and then written in the moment and recorded. I don’t write a song and take it in. The mclusky* song, whoyouknow is the only song I’ve ever written on an acoustic guitar. Rock music to me, is always the dynamic of what happens loudly in a room.”

For Falkous, the need to express himself musically is clearly embedded deep within his DNA, so don’t expect any sort of radio silence from the man and his projects anytime soon; “Not to put too fine a point on it, I love travelling to places with my friends and playing rock shows that people enjoy. And to continue doing that for as many years as possible, until somebody eventually drags me off the stage, would be wonderful. I’m lucky that I look a lot younger than I am, and for the most part, unless I’ve been running a lot and my knees and hamstrings are screaming at me, I also feel a lot younger than I am. So the basic plan is to keep playing music until one of us drops dead.”

Let’s hope no one drops dead from the heat when the temporarily reformed mclusky* relive their glory days and once again brave the Aussie summer to play a bunch of much anticipated shows during January. You can catch them at the following venues: