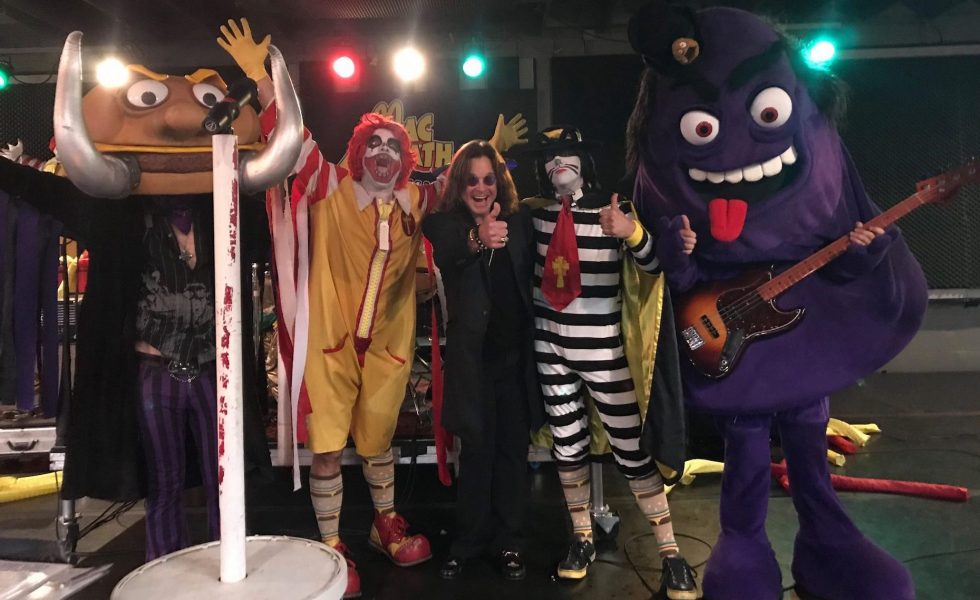 Mac Sabbath is fronted by Ronald Osborne, the man who wears a yellow and red costume and giant shiny shoes. Accompanying Mr. Osborne are his fellow band members Slayer Mac Cheeze, Grimalice, and the Cat Burglar.

As for their live performance, we can expect everything from clown heads with lasers for eyes, a giant cheeseburger slaying riffs and a giant purple gumdrop bass player smashing out iconic Black Sabbath songs with cheesy, fast food themed lyrics.

Unfortunately, Mac Sabbath are among the many bands forced to postpone their upcoming Australian Tour due to Covid-19. Scheduled for May, the tour will now be happening in December. The Canberra date has as well been cancelled and replaced with a Perth show.

All tickets purchased for the tour remain valid and will be honoured for the December dates. Refunds can be accessed from the point of purchase, but Silverback Touring is encouraging ticketholders to hang on if they can, to assist artists, promotors, venues and everyone involved.

For those who don’t have tickets, this might be the much needed comedic relief after what will be a rough year, especially for those in the music industry. Even Ozzy Osborne himself described Mac Sabbath as “funny as f**ck.”