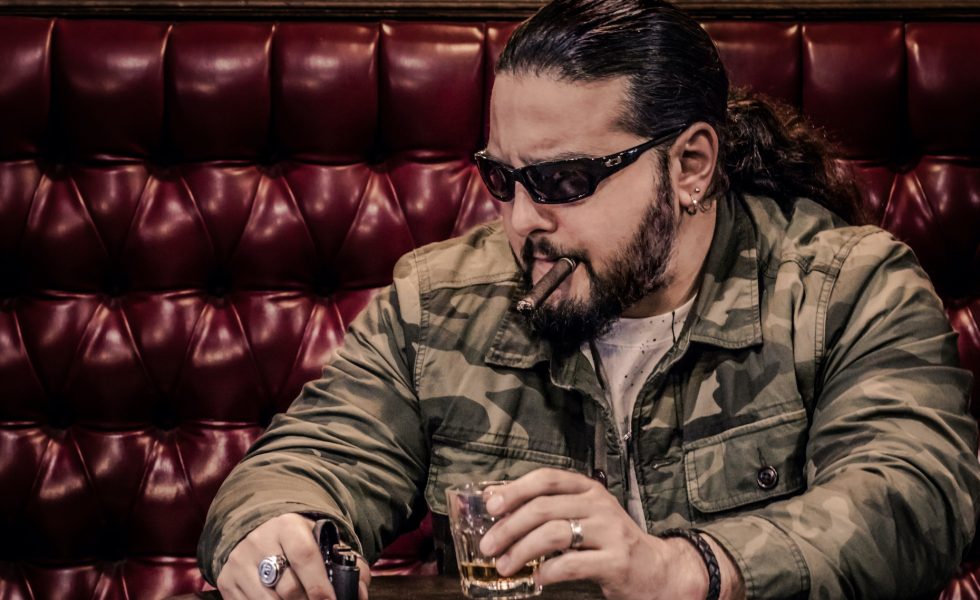 For the music industry, one of the hardest hit sectors of the world economy, the current global situation has caused some major rethinking.

Without the regular touring cycle that used to follow a new album, a lot of bands have held off on releases until things improve and promotional touring can again take place. Canadian death metal veterans Kataklysm is one band that has decided not to take heed of that.

“I know a lot of bands that have records that are finished, that were supposed to be releasing this year and are now releasing them next year,” says vocalist Maurizio Iacono. “Our label suggested that, because it’s a very strong album and we shouldn’t gamble with it and put it out next year when things are more normal. There are times when we let the business make our decisions, because that can be smart, but this time, we’re here for the people and it’s a time to release music to help. It’s therapeutic!”

Given there’s no guarantee the pandemic will have subsided substantially to allow tours and festivals to kick off again next year, waiting for things to return to normal could well be pointless. But even if things are OK by then, the amount of music being released and the amount of tours kicking off or restarting might be like a dam bursting open. Iacono doesn’t want Unconquered caught up in that kind of stampede. “You’ve also got to go underneath the radar,” he suggests. “It’s like concerts. You can imagine what’s going to happen next year. There will be concerts every day of the week! People won’t have the money for that, and some will suffer. So it’s going to be a very rough year, even next year, even when we get back to some sort of normal. We’re still going to be catching up. I didn’t want to release my record with all that going on. I think [now] is when people are going to pay more attention to it.”

When I came in to write this record, it was with the attitude of wanting to punch someone, and that’s what came out!
[ Maurizio Iacono ]

As they should. Kataklysm’s 14th studio release is as ferocious a statement of intent as they have ever made. The very title evokes feelings of triumph against adversity, a rallying cry in times of turmoil and uncertainty. Written and recorded well before the world had heard of COVID-19, Iacono says the album came from a place of fury within him. “I do a lot of things in the music industry, and I haven’t stopped since I was 16 years old. The band’s been going just on 30 years, so it’s been tour, release record, manage bands, agency … I don’t think I was burning out, but I think I was angry. You couple that with everyday life and it just got to me a bit. When I came in to write this record, it was with the attitude of wanting to punch someone, and that’s what came out! It’s a very heavy record, it’s very Machiavellian, as far as the concept. Lyrically, it has revenge undertones, about not letting yourself be taken, and to stand up and fight back.”

Unconquered is quite a timely record then, and for a more significant reason than Iacono was to know at the time of this interview: “Who would have expected our world to change so fast and so quickly as it did?” he said early in our conversation. “We’re all here and we’re all healthy, but you never know what tomorrow brings.”

Those words proved ominously prophetic. Two weeks later, guitarist J-F Dagenais was diagnosed with COVID and forced into self-quarantine. At the time of writing, he had posted to social media that he was recovering well. Not being able to tour in any capacity, Dagenais will have plenty of time to get better, and Iacono now has ample downtime from the rigours of his near-thirty years of recording and touring. “I was complaining because I never have time for anything, and now this hit and I’m complaining because I have nothing to do!” He laughs. “I’m so used to working all the time. But I have three kids, and that’s been a blessing in the sense of that I’ve been able to spend a lot of time with them, so that’s a cool thing for me, just realising how quick things can change in life. When we get out of this – and we will, you just have to look at history – I think we will appreciate things a lot more.”

You want to be like the big bands that are doing it. But when we came up, we were doing something that was very extreme. And that has its limits. I remember being told, ‘Enjoy your five years’.
[ Maurizio Iacono ]

Iacono has learned to appreciate every chance Kataklysm has been afforded since they blasted out of Montreal in 1991. They attracted the attention of Nuclear Blast early and were given a two year contract, with a surprising caveat. “When you start, you have the big dreams,” the vocalist says. “You want to be like the big bands that are doing it. But when we came up, we were doing something that was very extreme. And that has its limits. I remember being told, ‘Enjoy your five years’. We had a two album contract, so enjoy it, because it might be over after that. I was shocked that they were telling me that. Our distributor in Canada was telling us that, and I was just like, ‘Fuck …’ But it wasn’t a discouragement. We turned it into 30 years, 14 records … if you do the math it’s a record almost every two years and we haven’t stopped.”

Kataklysm’s style has “navigated the times”, Iacono suggests. Their early self-styled “Northern hyperblast” fast and technical death metal has taken on more melodic leanings as they have progressed and matured as a band and as people. “Every record we do has its own themes and has its own feeling. And this is where we are now. Meditations, the record right before this, was totally different to Unconquered. You can see the similarities with the writing a little bit, because we’re the same band, but the sound’s different, the attitude is different. Some are more pensive, some are aggressive. This is a very violent record, but we do have some very cool elements that we haven’t tried before on this album, and I think that’s what keeps us fresh.”

We have a right strong message with this record. It’s called Unconquered and I feel we need to stand strong together and get through it. People need it now, not when everything’s rosy.
[ Maurizio Iacono ]

As he points out several times during the interview, Kataklysm is of the belief that Unconquered is an album for the moment. Bands like them having been creating music about times such as these for decades. Darkly, Iacono suggests that the current pandemic may not be the last one, or even the worst. “My grandfather was one year old – he’s dead now, he died a few years back. He was 95. He was one when the Spanish Flu came. It’s taken that long to come back, so you’re looking at every hundred years. But I think it’s going to come back quicker, because there’s too many people on this earth and too many things going on that we can’t control, so who knows when the next one will hit?”

Whatever may be, Maurizio Iacono hopes that the latest Kataklysm album can help people get through whatever situation they find themselves in at the moment. It’s a record about strength and overcoming the odds. “We have a right strong message with this record. It’s called Unconquered and I feel we need to stand strong together and get through it. People need it now, not when everything’s rosy. It’s a time where music is important, it’s time where this is therapeutic to have new music, and that’s why we decided to have this album out now, instead of next year when everything’s beautiful and great, or whenever. It goes with the times.”