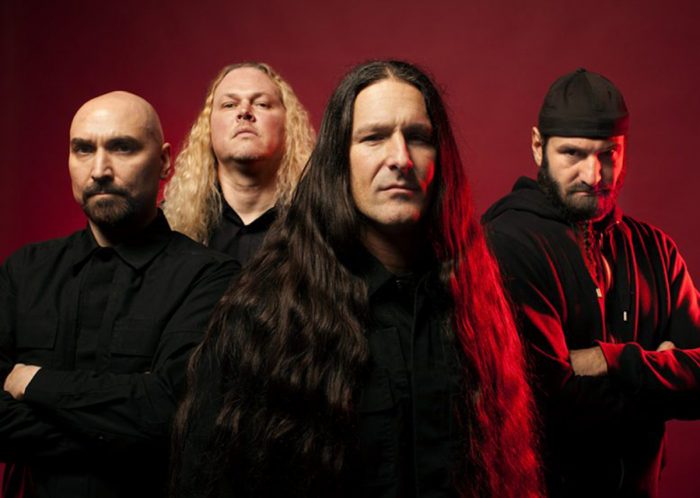 Death metal innovators Immolation are headed back to Australia in September. Vocalist and guitarist Ross Dolan discusses the rebirth of the band’s career and their excitement at the upcoming run of shows.

Immolation have been touring relentlessly since the release of Atonement in 2017, an album that gaing universal acclaim from both fans and critics. It’s regarded as one of their finest albums in a career spanning just over three decades.

Next month that tour extends to Australia, with Immolation performing at Direct Underground Festival in Sydney and Melbourne plus a separate show in Brisbane with Swedish black metallers Dark Funeral.

“It should be cool, man,” says vocalist and bass player Ross Dolan. “Our first time in Australia was 2016 and it was an awesome experience for us. The crowds were awesome and we met so many killer people and played with so many great bands. This time we’ll have Dark Funeral with us so it is a strong package and I think the shows are gonna be off the hook.”

After the success of Atonement, the public expectations for its follow up have been magnified. It was an album that breathed life into a tiring formula and emphatically announced that Immolation still have the drive and hunger to compete in an increasingly saturated market.

“No, unfortunately, it isn’t finished yet,” he says. “Scheduling it is rough and we have about four songs musically that are done but obviously we need a lot more,” he laughs. “We just haven’t had the time to pull it together because our touring schedule has been kinda crazy. We’re not good writers while we’re on the road (laughs). There’s too many distractions and too much shit going on and it just never happens. I’d like to say the album will be done before the end of the year but I know us and realistically we probably won’t complete the writing process alone until December.”

While extended exposure to the music industry can potentially lure a band into a sense of familiarity, Dolan insists Immolation are still discovering fresh ways to spark their creativity.

“Honestly, we learn something each time we go into the studio to record,” he says. “We’re not studio or tech guys so we always come out with something and learn how to refine the process each go around. We’ve had a number of go-arounds now so we’ve learned a lot,” he laughs. “There’s a lot of external factors that play into that too. ‘What’s going on in your personal life? What do we have going on as far as the band or touring goes?’ There’s a lot of factors that bleed into the creative process and unfortunately, that process needs to be untainted by those outside factors to be effective. If there’s any kind of interference it doesn’t happen.”

Since forming from the ashes of guitarist Robert Vigna’s previous band Rigor Mortis in 1988, Immolation have refined the face of death metal. Their complex rhythm and drum patterns laid the blueprint for many of their contemporaries, with drum parts often written to follow the guitar riffs in a way that is unusual for death metal. Debut album Dawn of Possession in 1991 is cited as being an important and influential addition to the genre, paving the way for successful debut albums by bands such as Cryptopsy and Suffocation.

There was a need for darker, heavier, more extreme music and that’s the niche that we all filled. It was a whole new movement staring with death metal and we were there at the beginning so it was cool that we got to see that whole thing start and explode and become what it is now. It’s amazing to say we’ve been on this ride that whole time and seen all the changes and all of the ups and downs. There were multiple times during that 31 years where we could have easily just packed it in but we enjoy it too much!
[Dolan]

Despite their sustained success, Dolan stresses that Immolation were just one of several aspiring bands to rise from that period.

“We came out of the same roots as a lot of bands in that genre,” he says. “We were listening to Iron Maiden and Judas Priest and Van Halen and classic rock and then it gradually started getting heavier. From there, we got into earlier thrash like Metallica, Anthrax, Nuclear Assault and it progressively got darker and heavier. You had the whole German thrash movement of early Kreator and Destruction and Sodom. You had Venom, Slayer and Possessed so it was all of these bands that inspired bands like us to do our thing and we took that inspiration and we ran with it. When we started it was right at the time when thrash was getting a little bit over-commercialised and I think there was a need to fill that vacuum. There was a need for darker, heavier, more extreme music and that’s the niche that we all filled. It was a whole new movement staring with death metal and we were there at the beginning so it was cool that we got to see that whole thing start and explode and become what it is now. It’s amazing to say we’ve been on this ride that whole time and seen all the changes and all of the ups and downs. There were multiple times during that 31 years where we could have easily just packed it in but we enjoy it too much!” 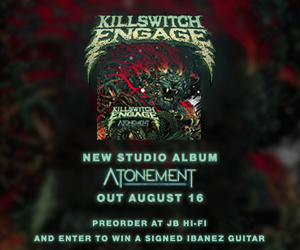 While the death metal genre has changed with the times, Dolan says Immolation have never attempted to change with it.

“We do our own thing,” he says. “We never pay attention to what’s popular or what the hype is about in the moment. I don’t care about that. We just care about creating dark music that has feeling and is haunting and aggressive and over the top. We don’t look at outside factors for that but I think the scene is very strong and healthy at the moment. There’s a whole crop of young bands now that are going to take this music even further and it’s great because there’s a total nod to that old school sensibility and style that we were part of back then, and still are.”

In an ominous statement that will excite fans, Dolan promises that the best is yet to come for Immolation.

“Atonement came out in 2017 and it was probably the most well-received record of our career,” he says. “To put out a record that is received so well 30 years into your career is a very high bar to set. Moving forward I think we still have a lot of life in us. We’ve learned plenty over the last 31 years and we’re still excited and I think we’re probably the best we’ve ever been now as far as a live act and being more focussed. We’ve moved forward and not taken any steps backwards luckily and we are very energised for the next record and the one after that. We’ll go as long as we can!” he laughs.

Catch Immolation at the following dates: